Nicolas Cage Wants To Be “The Batman’s” Egghead!

Nicolas Cage wants in on The Batman sequel as an eggs-tremely off-the-wall antagonist.

The Academy Award Winner recently attended the LA premiere of The Bearable Weight Of Massive Talent. On the red carpet, he voiced interest in taking part in the new Robert Pattinson-led franchise, which he had yet to see. “[I’ve been] thinking about this [and] I think I want to have a go at Egghead. I could make him absolutely terrifying. And I have a concept for Egghead. So let them know over at Warner Bros. I’m down for Egghead.”

Nicolas Cage as Egghead… Who?!?

Egghead was a made-for-TV villain for the infamous 1966 Batman televisions series starring Adam West. He was portrayed by horror legend Vincent Price, who donned an oversized bald cap and white-and-yellow suits. The self-professed criminal genius’ oddball crimes always circled around egg-related items of value and employed egg-inspired gimmicks and tricks. To his credit, however, he proved brilliant enough to deduce Bruce Wayne was Batman. He appeared in several episodes during the show’s second and third seasons. 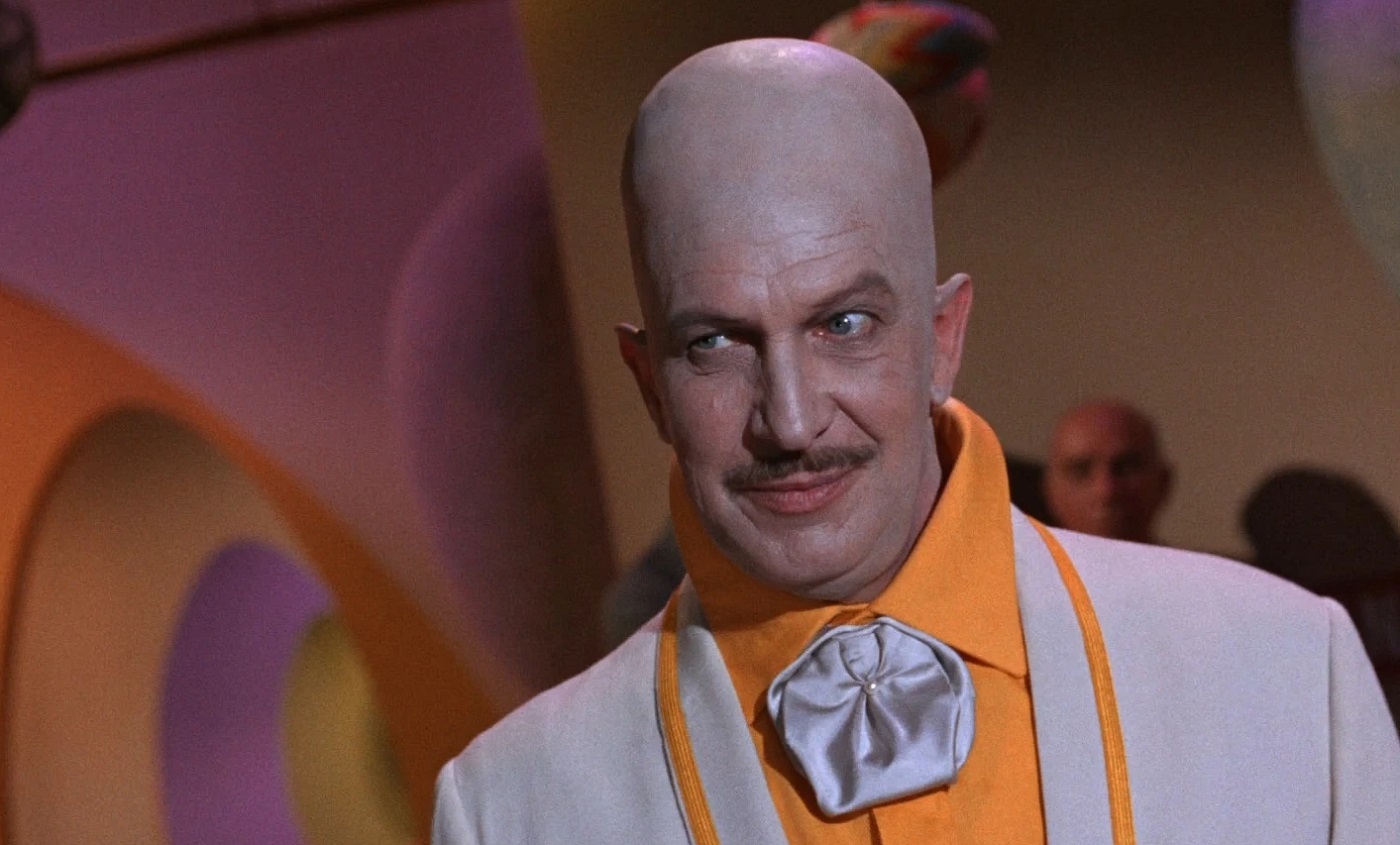 After the show’s cancellation, Egghead was seen through occasional cameos in different media. He was prominently featured in Adam West-led animated films Batman: Return of The Caped Crusaders and Batman Vs. Two-Face. Both, however, were in nonspeaking appearances. In the comics, meanwhile, he did not receive relevant attention until Batman: The Brave and The Bold #16. It was in this issue that his real name was revealed to be Edgar Head. He was last seen in Gotham Academy #14 as “Professor Egghead.” However, to date, there has not been a definitive origin for the character.

If this does happen, this won’t be the first comic book character Cage will have tackled. He was Ghost Rider in two movies, he portrayed Big Daddy alongside Chloe Grace Moretz’s Hit-Girl in 2010’s Kick-Ass, and he also voiced Superman in Teen Titans Go! To the Movies and “Spider-Man Noir” in Marvel’s Spider-Man: Enter The Spider-Verse.

To date, The Batman has dominated the box office for the third week in a row with a domestic total of $273.8 million.

Milestone Media After “Icon And Rocket: Season One”…What’s Next?