The Losers Wage War In New Images From DC Showcase – Constantine: The House of Mystery

A band of misfit soldiers, led by a mysterious special agent, wages war with the unexpected inhabitants of a secluded island in The Losers, one of the four shorts comprising DC SHOWCASE – CONSTANTINE: THE HOUSE OF MYSTERY, the third compilation of Warner Bros. Animation’s DC-centric shorts.

Produced by Warner Bros. Animation, DC and Warner Bros. Home Entertainment, DC SHOWCASE – CONSTANTINE: THE HOUSE OF MYSTERY – which also includes the shorts Kamandi, The Last Boy on Earth!, Blue Beetle and the title subject Constantine: The House of Mystery – will be available everywhere on Blu-ray and in 4K on Digital starting next Tuesday, May 3, 2022.

In The Losers, the legendary rag-tag team of World War II outcasts – Captain Storm, Johnny Cloud, “Mile-a-Minute” Jones, rookie Gunner and Sarge – find themselves marooned on an uncharted island in the South Pacific that is completely overrun with dinosaurs! Their would-be ally on this deadly mission, the mysterious and beautiful Fan Long of the Chinese Security Agency, tells them their job is to rescue the scientists that have been sent to study a time/space anomaly. Perhaps… but what is her mission? The Losers is directed by Milo Neuman (LEGO DC Comics Super Heroes: The Flash) from a script by Tim Sheridan (Batman: The Long Halloween).

We have four brand new images from the film to share with fans. And be sure to check out our review of the film. Enjoy! 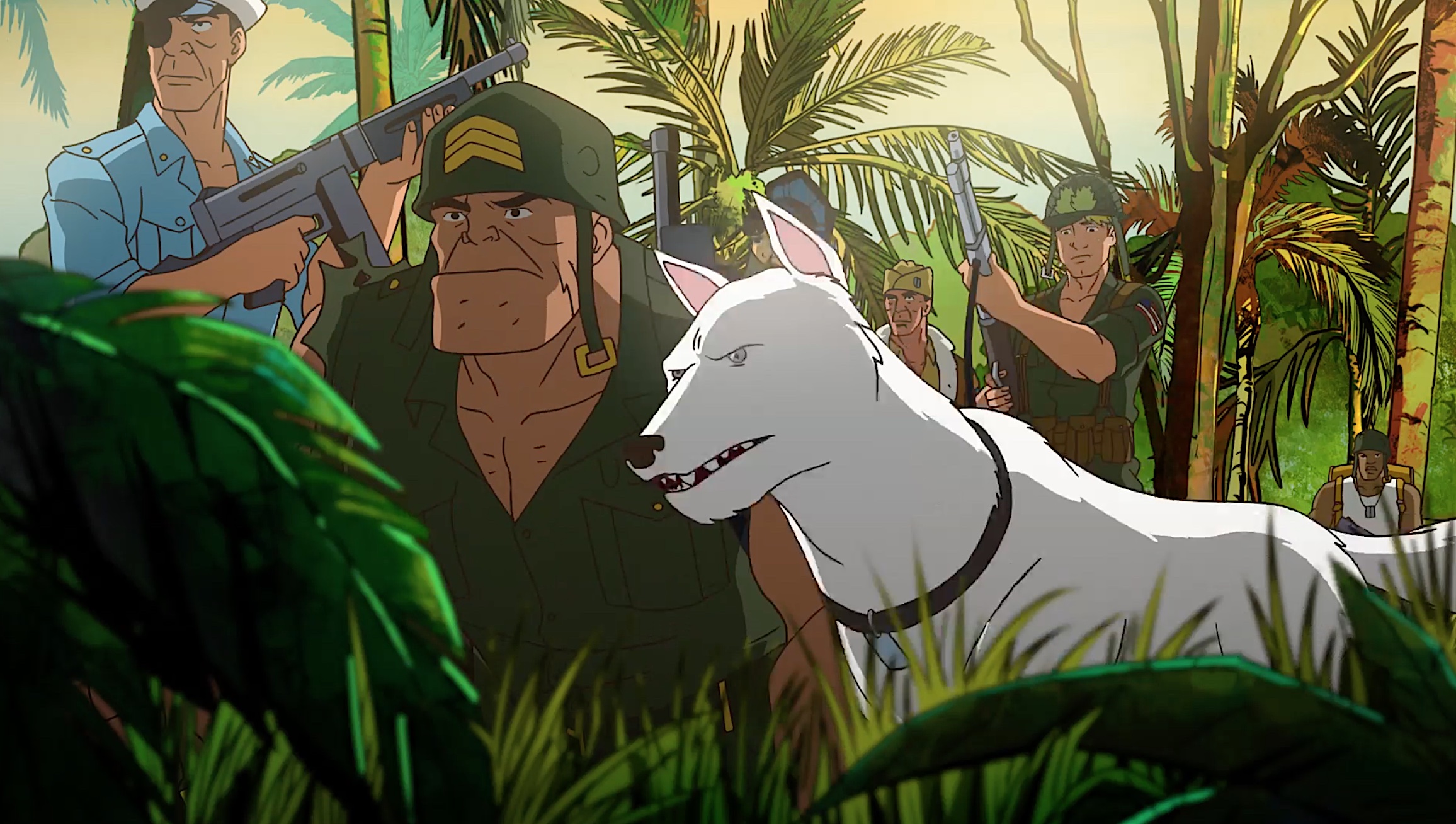 Making their way through the jungle, the team hears something suspicious in the distance. The group – and the actors voicing them – includes Dean Winters (John Wick, 30 Rock) as Captain Storm, Dave B. Mitchell (Mortal Kombat Legends: Battle of the Realms) as both Gunner & Sarge, Eugene Byrd (Bones, Arrow) as Mile-a-Minute Jones, and Martin Sensmeier (Westworld, The Magnificent Seven) as Johnny Cloud. And, of course, Pooch. 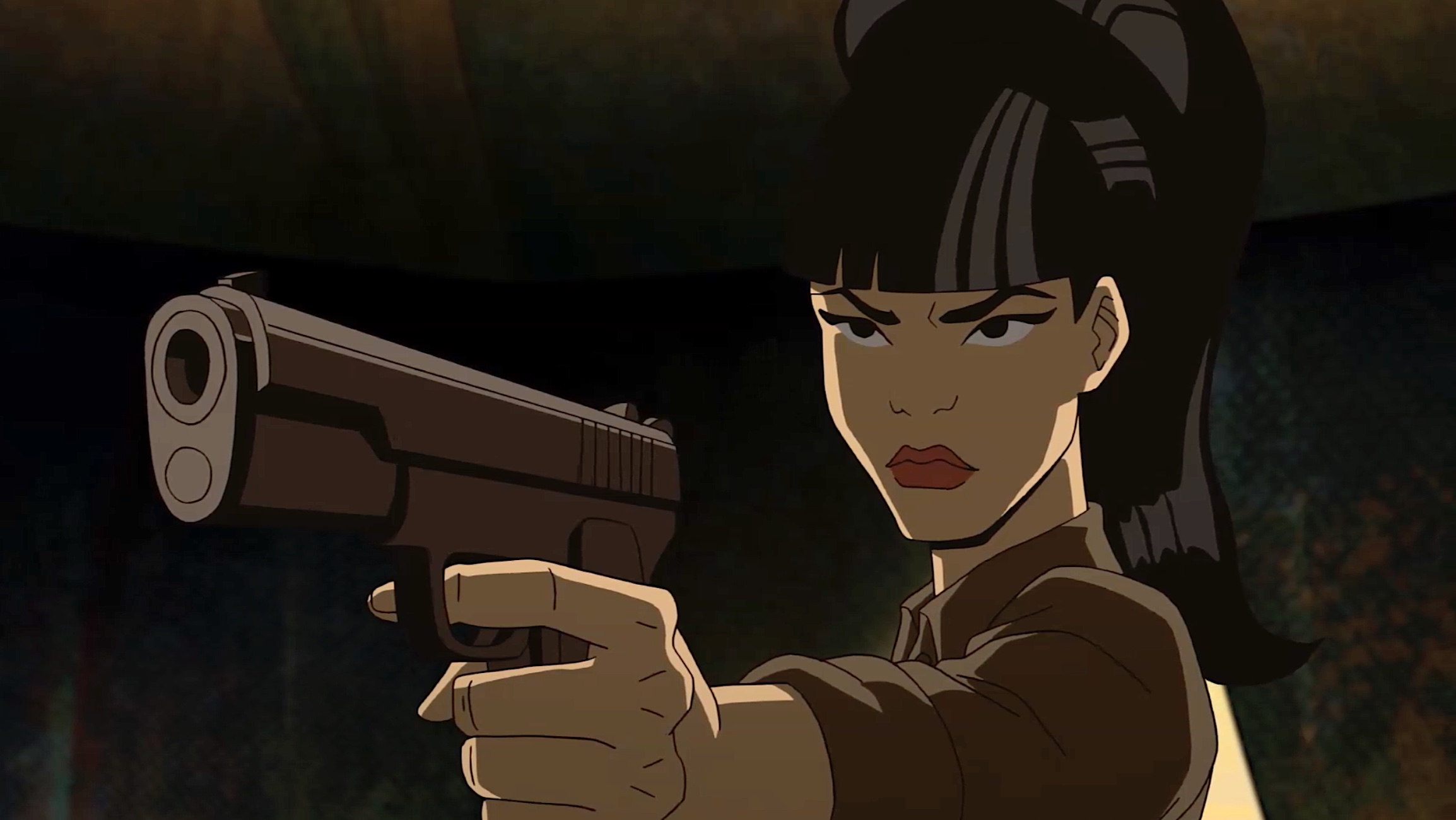 Leading the rag-tag team is special agent Fan Long … and nobody but Fan Long knows what the true mission entails. Ming-Na Wen (Agents of S.H.I.E.L.D., The Book of Boba Fett) leads the cast as the mysterious Fan Long. 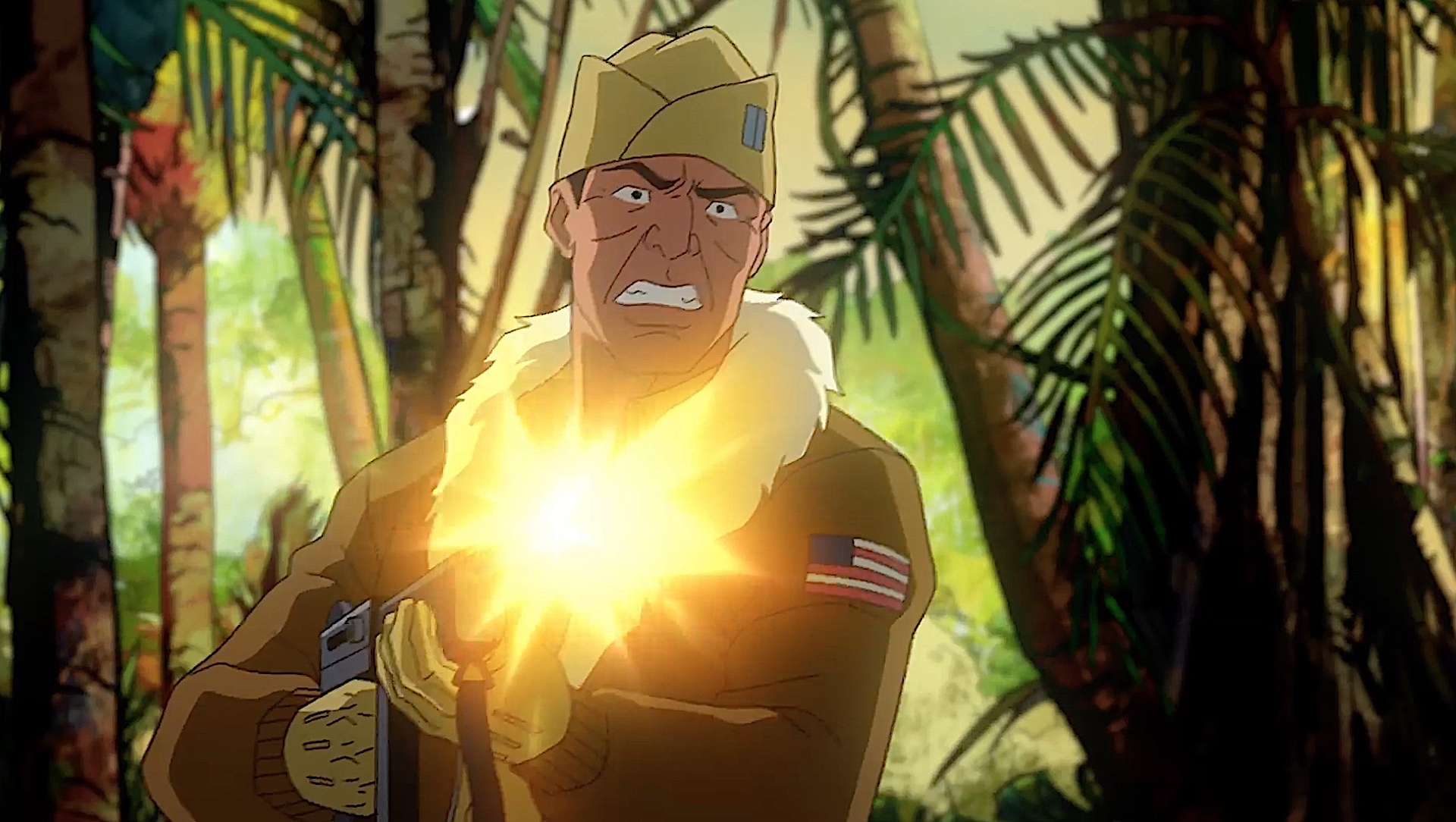 Once the secrets of the island are revealed, sheer mayhem reins the day – which is ironic given that Dean Winters, known for roles in John Wick & 30 Rock, and probably most easily recognized as an insurance company’s advertisement character Mayhem, provides the voice of Captain Storm. 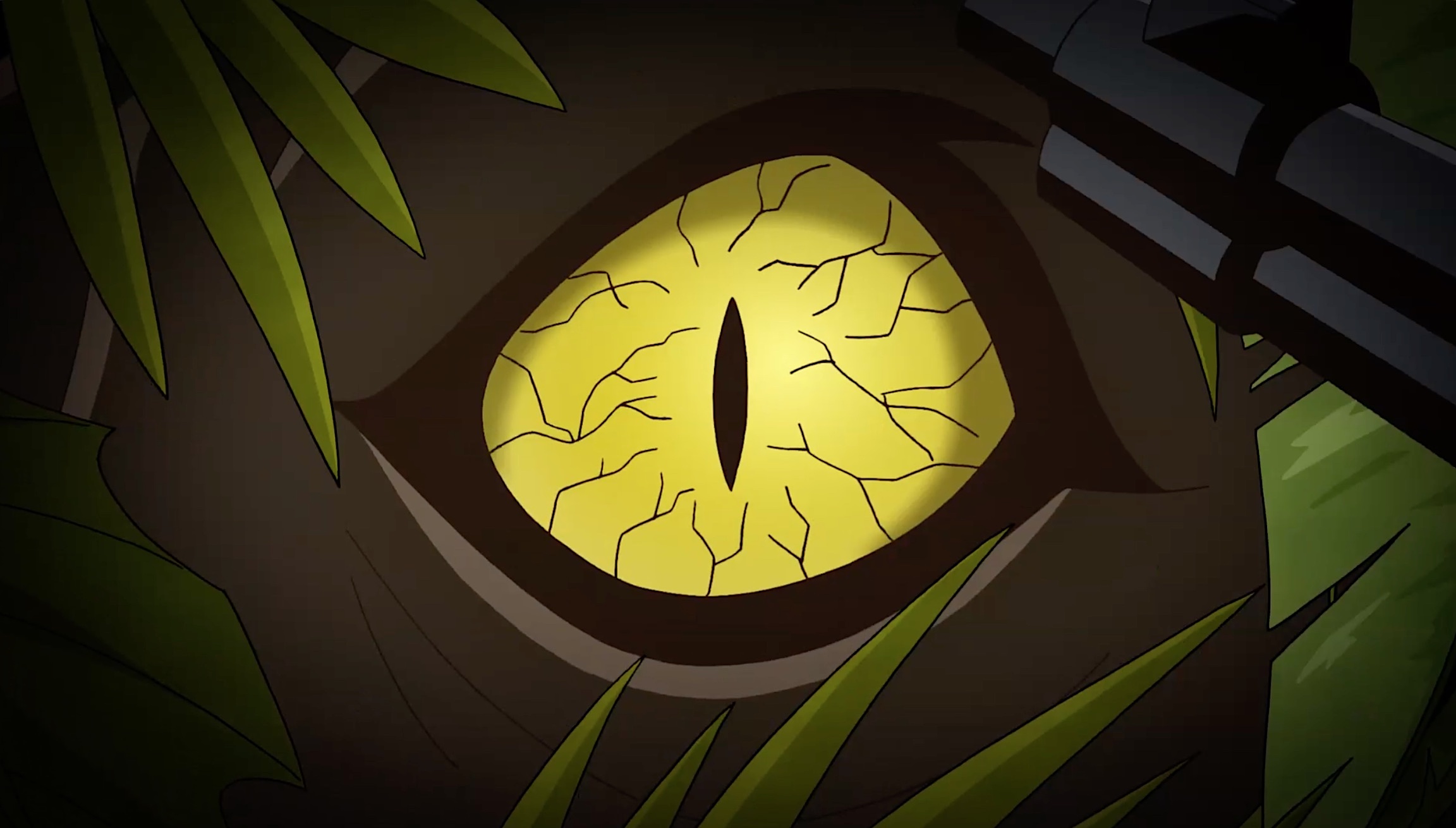 Somebody is watching our heroes … and probably considering a marinade. You’ll have to watch The Losers to discover what’s behind that enormous eye. The Losers is directed by Milo Neuman (LEGO DC Comics Super Heroes: The Flash) from a script by Tim Sheridan (Batman: The Long Halloween).

CONSTANTINE and all related characters and elements are TM and © DC. © 2022 Warner Bros. Entertainment Inc.