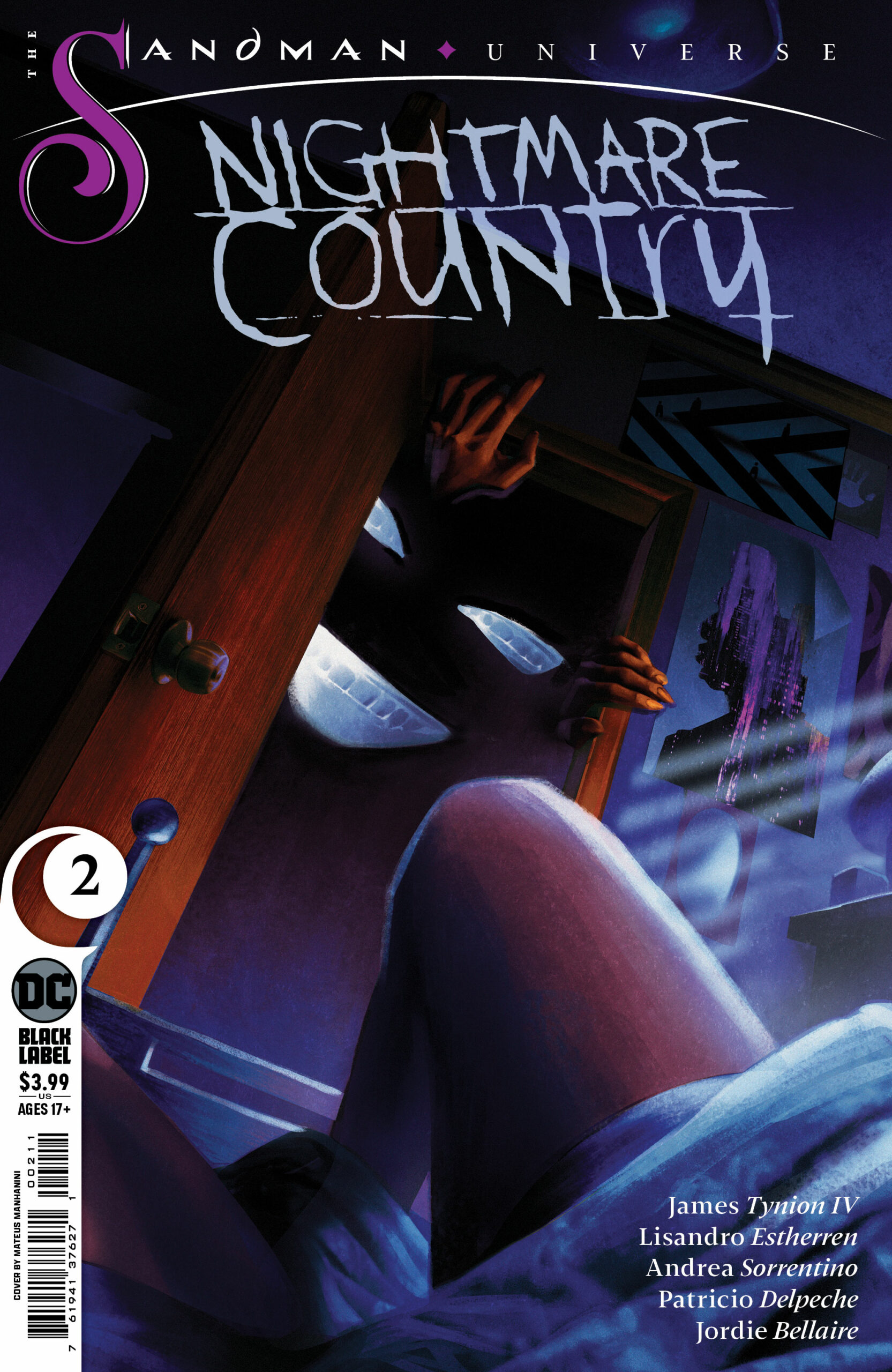 In Sandman Universe: Nightmare Country #2 murderers are on the move, while the Corinthian stands in a New York artist’s apartment.

Last month we met New York artist, Madison Flynn. Madison says she doesn’t dream anymore, but in waking hours she sees “The Smiling Man”. This is a golem-like lump of clay with three mouths, two of them where its eyes should be. 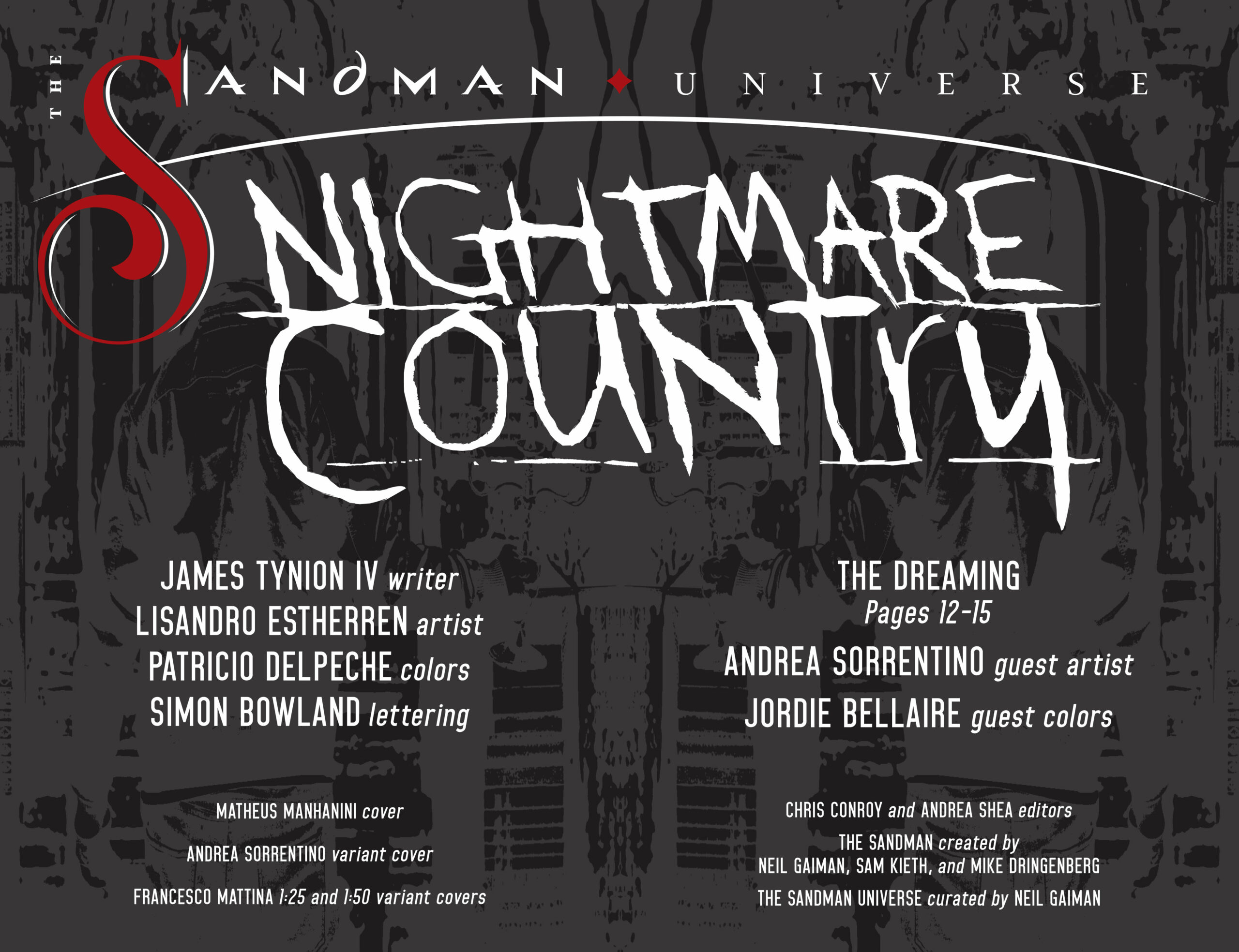 We also discovered that Flynn isn’t the only person to see this creature, but she may well be the only one still alive. Now the duo behind the deaths of the other witnesses is hot on her trail, while the Corinthian, another nightmare with mouths for eyes, has already found her.

I’m already in love with this series. The reintroduction of the Corinthian sold me when Nightmare Country was first announced, as I’ve been enthralled by the character since their first appearance in Neil Gaiman’s original, legendary Sandman series. The way that this iteration of the character has all the memories of the original, while they are separate entities, and act and feel differently, is masterfully handled.

The way this book already comes across as a natural extension of the Sandman Universe is wonderful. The appearance of another inhabitant of the Dreaming in this issue is also very welcome. The best part is that James Tynion is rewarding fans who have loved these stories for the last 30+ years, without alienating or baffling new readers. The secondary “The Dreaming” stories that appear slap-bang in the middle of the main narrative, with art produced by a different creative team, shouldn’t work, but do. These snippets tell the characters’ back story in a gorgeous, original way that doesn’t feel like an info dump or annoyingly intrusive exposition.

Please read another review. I cannot find fault with this comic.

As with the first issue, Sandman Universe: Nightmare Country #2 contains stellar visuals in both stories, with Simon Bowland’s great lettering and James Tynion’s writing unifying the two tales. This is a fresh, original, and lovely way of telling a story.

We’re two issues in and this series is a dream of a read. I can’t wait to hold a printed copy of this comic in my hands.