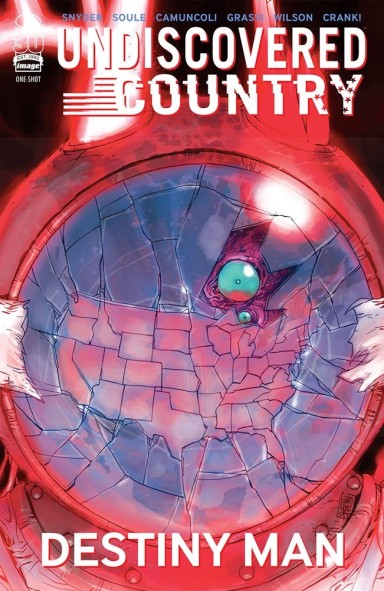 New York Times bestselling writers Scott Snyder and Charles Soule give us a one shot issue to delve deeper into the Destiny Man’s origin!

Undiscovered Country Destiny Man Special  -The greatest villain of the UNDISCOVERED COUNTRY is the mysterious DESTINY MAN, the dark god of the plains, the conqueror who believes he is destined to rule the New America.

Now, in this special issue, dive into the insanity of his past and learn why his ultimate destiny…is to rule it ALL! 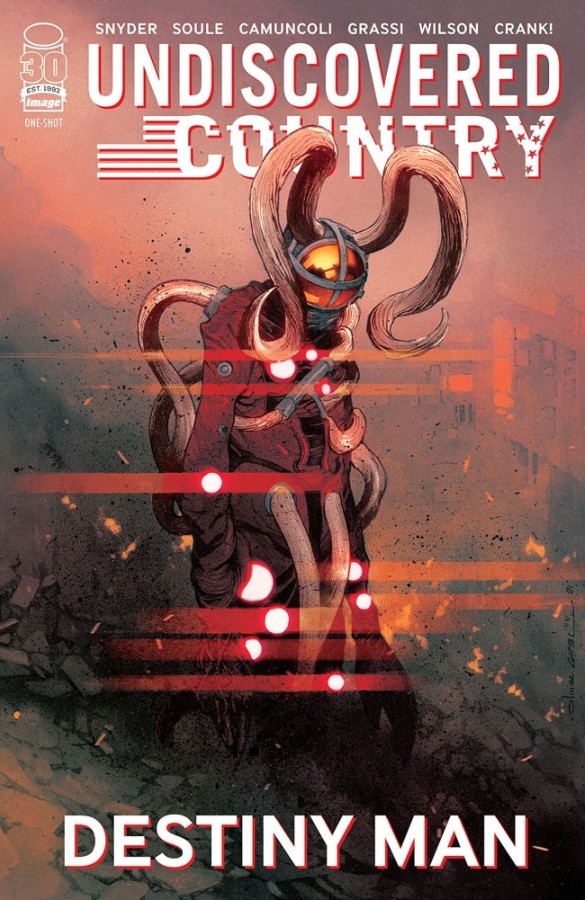 Scott Snyder and Charles Soule revisit the Destiny Man…the villain we were first introduced to in the first few issues of Undiscovered Country.  I’ll be the first to indicate that the first few issues were that of a mini-series fit for a Netflix show.  However, the more we have traveled through the Undiscovered Country of the United States, the more things need to come back to this origin.

Perhaps that is what Snyder and Soule are thinking with this issue as there has been (in my opinion) too many incarnations of Uncle Sam, and a slow progression through the lands.  The assembling of the team and the initial run of Destiny Man was powerful.  This issue contributes to his origin and makes the reader appreciate the lens that Snyder and Soule are providing us about a pretty instrumental character in this series run. 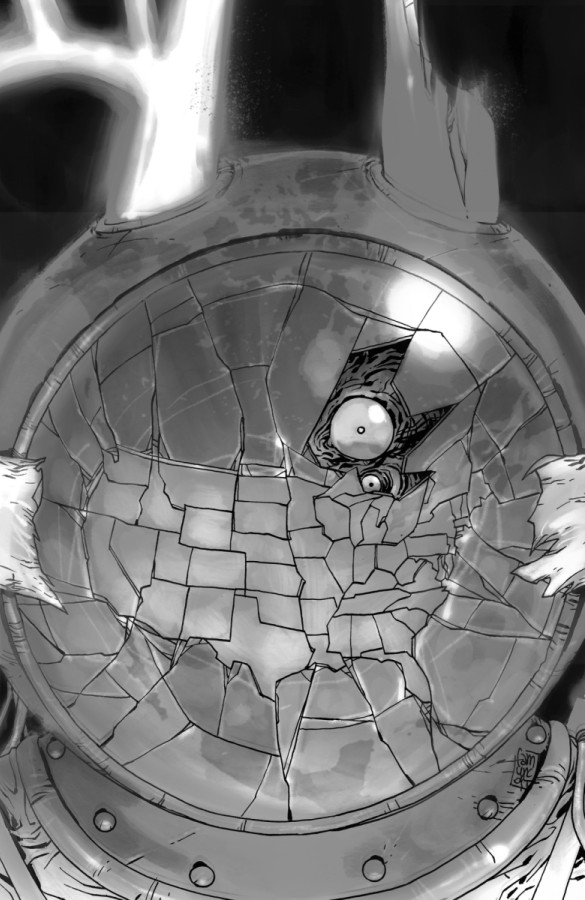 The art by Giuseppe Camuncoli and Marcello Grassi continues to drive this series.  In fact, the covers, the aura, the futuristic views and homages to the past are so evident.  Sometimes we look for those Easter Eggs of art such as a first gen Ipod or an market where pop culture items abound.

These two blend all that very well into this story.

This story started strong…very cinematic.  In fact, the back of the book provides some context as to the journey of the idea.  However, it is losing me as a constant reader.  I want a discovered cure for the Sky Virus.  I want to know why time is suspended within the country.  As a devout reader of anything by Scott Snyder, I am simply in a state of “Lost”…that beloved television series which started and then literally lost its viewers.

I feel like every issue is getting away from some of the core topics we started with.  Sometimes I am in the weeds as a reader and I want to see more of the big picture.  I still love these two as authors, but there is something off in the recipe. 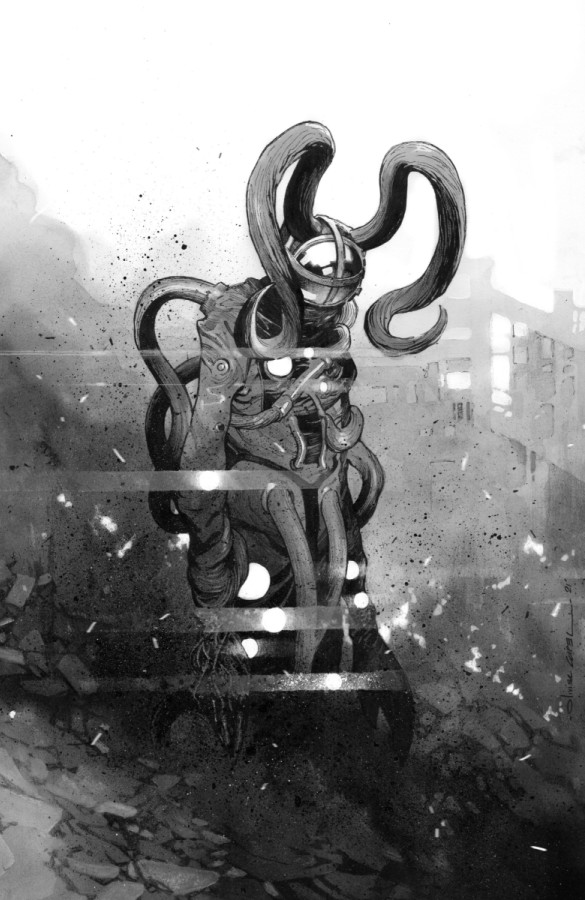 I’m still a fan of what this can become.  This issue goes back to an origin story that is much needed in terms of defining and redefining the character of Destiny Man.  However, blending this in with the remainder of the series and getting back to curing the Sky Virus is how you got me into reading this book.  Can we move that along as I appreciate the history lessons, but I bet the people outside of the Undiscovered Country need their heroes to move this along a bit!