Indie Comics Review: Alice Ever After #5

Review: Alice Ever After #5 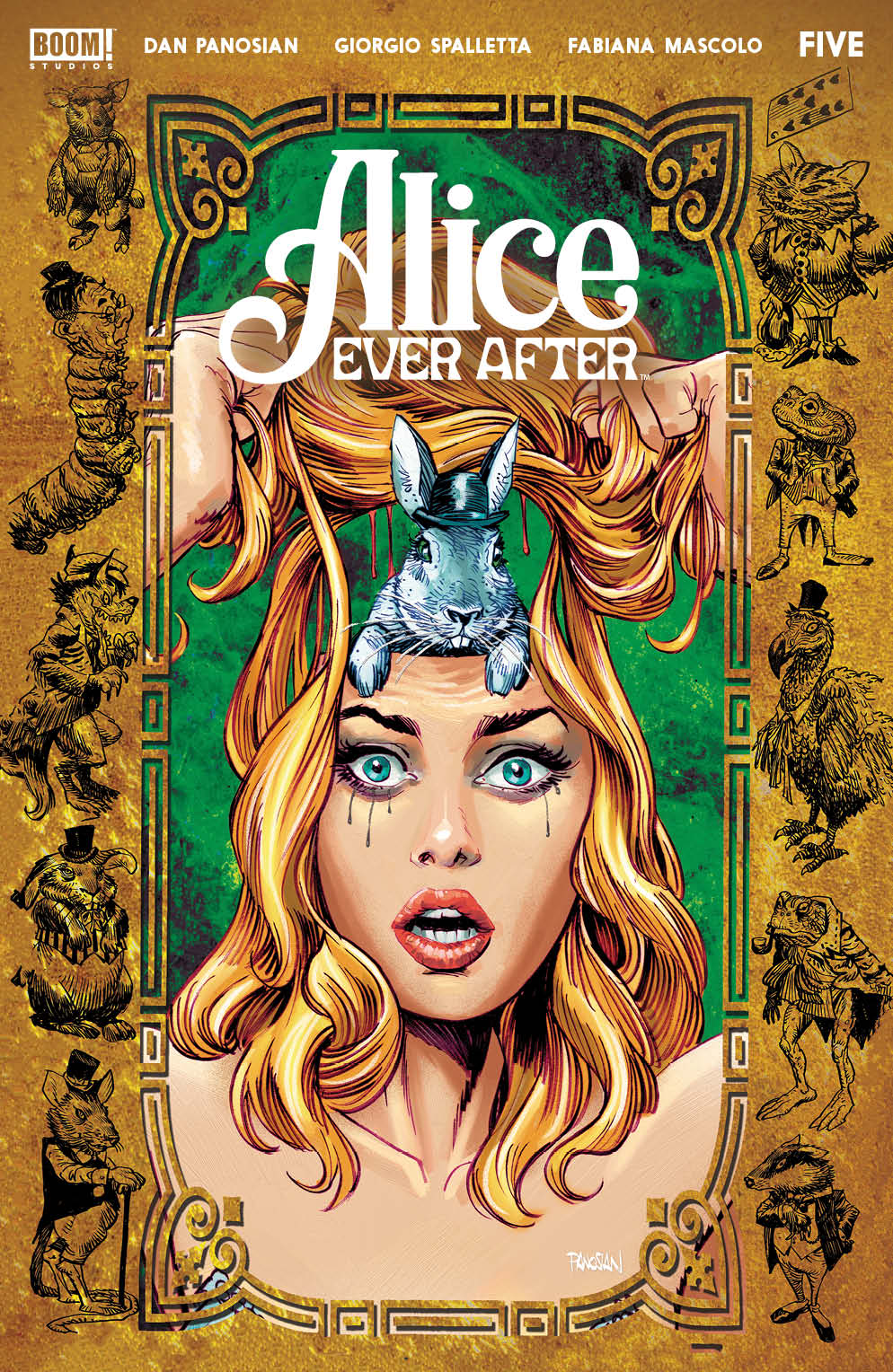 Here it is folks, with Alice Ever After #5 we have the finale to this five-issue series. Alice has entered the asylum of her own will in order to shut out the disapproval of her family. To feel like an ordinary person without care for the choices she makes. But inside the asylum are those with their own agendas and those who take far more pleasure from someone’s pain than their relief. Alice Ever After has been a beautiful ride but we are at the end so let’s dive in!

Edith and Earl Proud are making a last desperate attempt to sway Alice and Edith’s Father from sanctioning the operation. Citing the things that they’ve seen and heard from Alice. Dr. Lutwidge seems to be teetering on just what’s right and it doesn’t help that he has other voices in his ear telling him that the operation is not only the only way to save Alice but his reputation as well. Defeated Edith and Earl hatch a plan… they will break Alice out together. 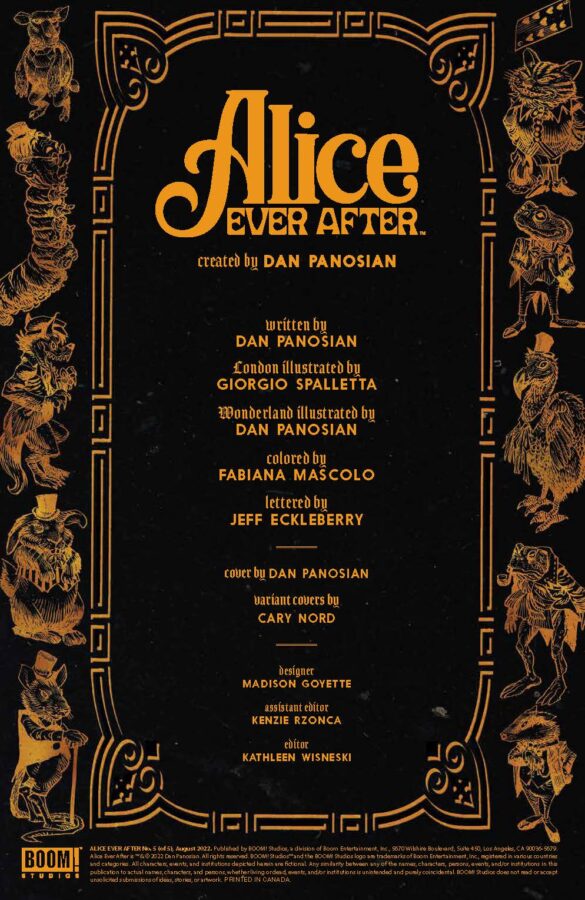 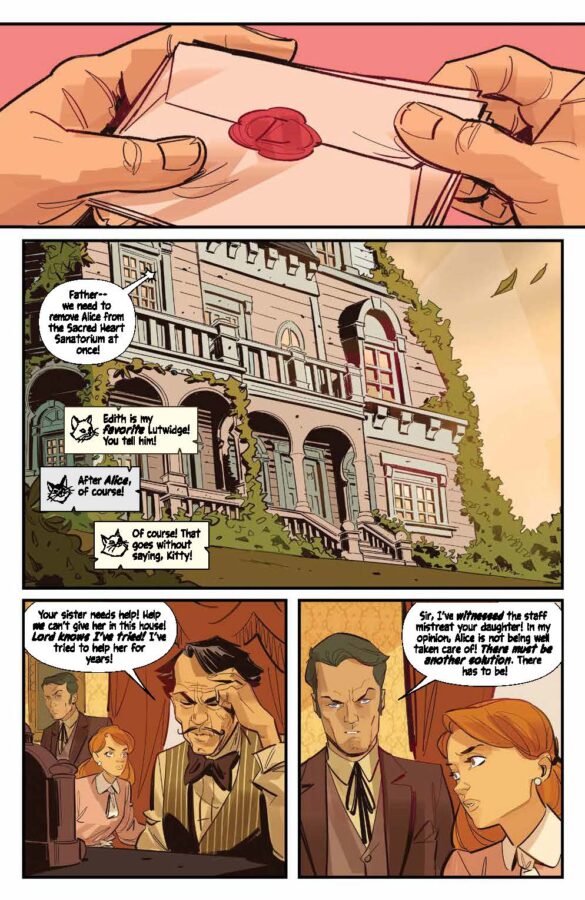 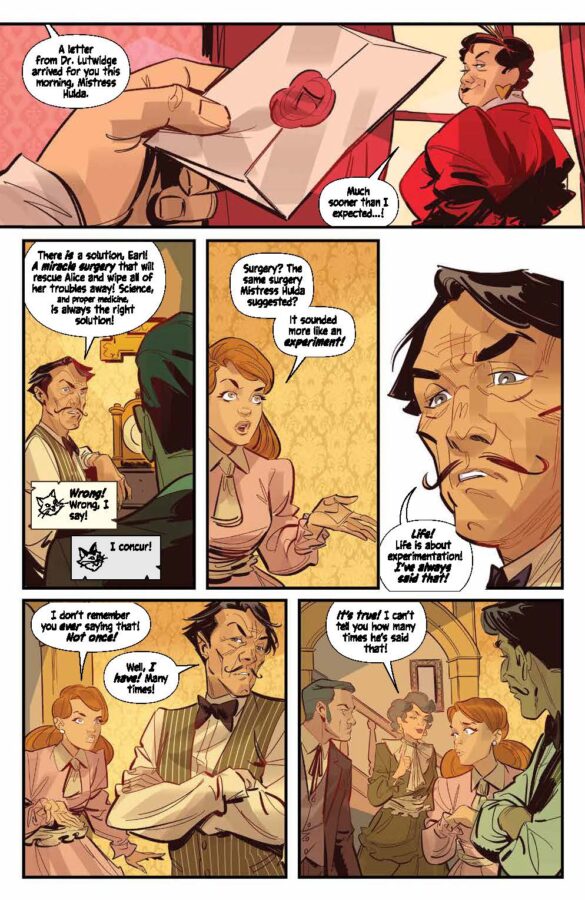 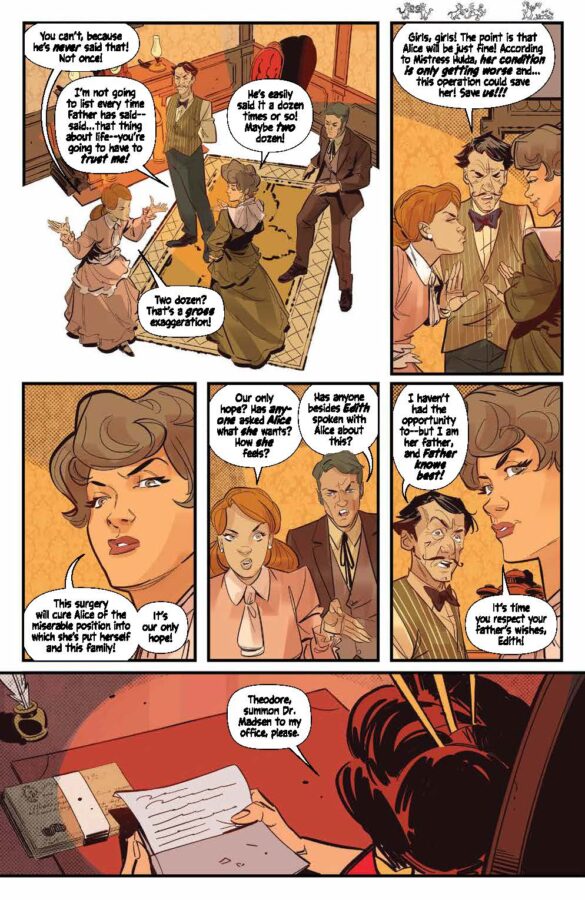 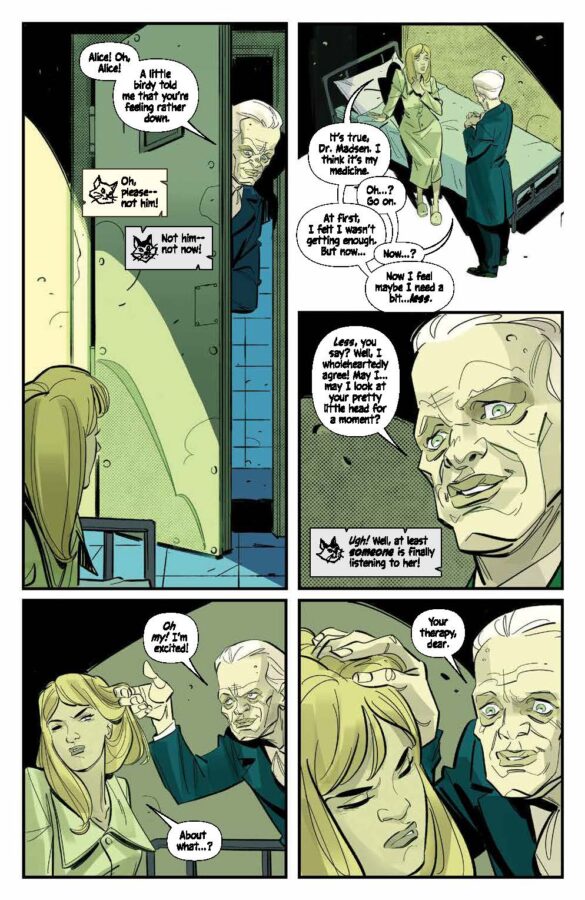 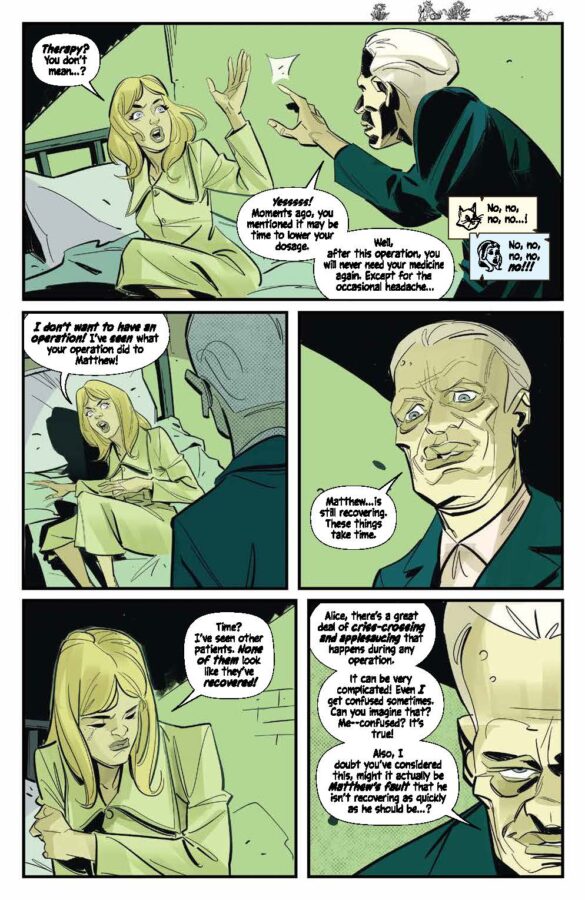 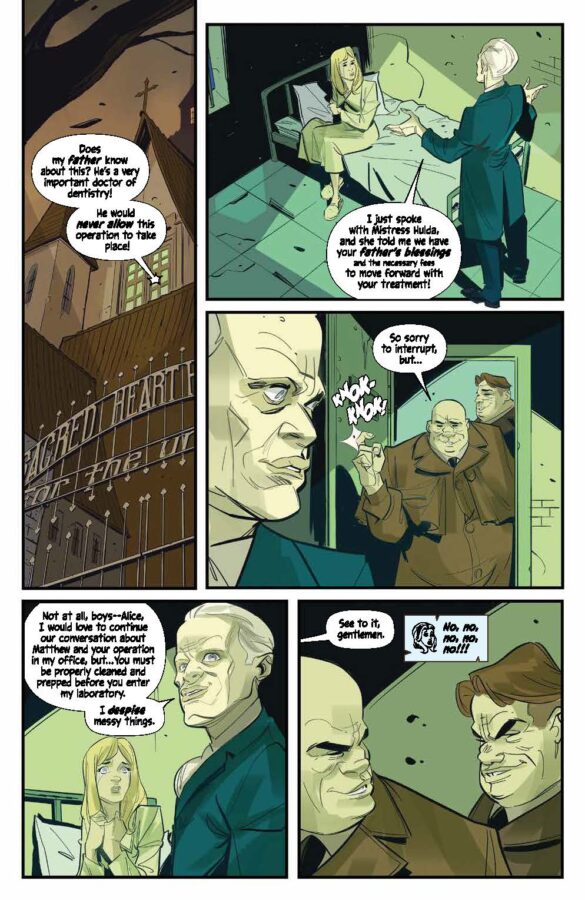 But Alice isn’t playing by the asylum’s rules anymore either, she has discovered that Sacred Heart is not all she hoped it to be. Theodore and Thomas come to collect her for the operation and Alice is ready to fight back with all of her might. But with so many forces working against her and with time no longer acting as a friend, can she succeed? Will Edith and Earl make it in time to save Alice?

Alice Ever After #5 definitely causes some whiplash as the reader champions for Alice to be safe. The buildup to what this issue delivers has been a sweet and sour ride with no mercy. Alice struggled with the hidden world the opiates her father forced upon her created and then watched as that world became her nightmare must’ve been difficult, to say the least. The writing’s been impeccable, and the artwork’s just flat out stunning. The Dan Panosian cover for this issue is probably my favorite of the set.

Alice Ever After is over? I mean being submerged in a world that was so easily devoured only to have the story end… or has it? There are question marks after the “End” so one can genuinely hope for this not to be the end for Alice Ever After.

Alice Ever After #5 does give us a promised ending, but you should be ready because I most certainly was not. The teaser at the end leaves us with a potential promise for more, and one that I genuinely hope is kept because this series was a delight.

I still stand by my opinion that if you’re a fan of the original Alice in Wonderland tales, this will certainly be up your alley. What we’ve been given is a fresh take on the series… but beware its darkness.

Indie Comics Review: Alice Ever After #4