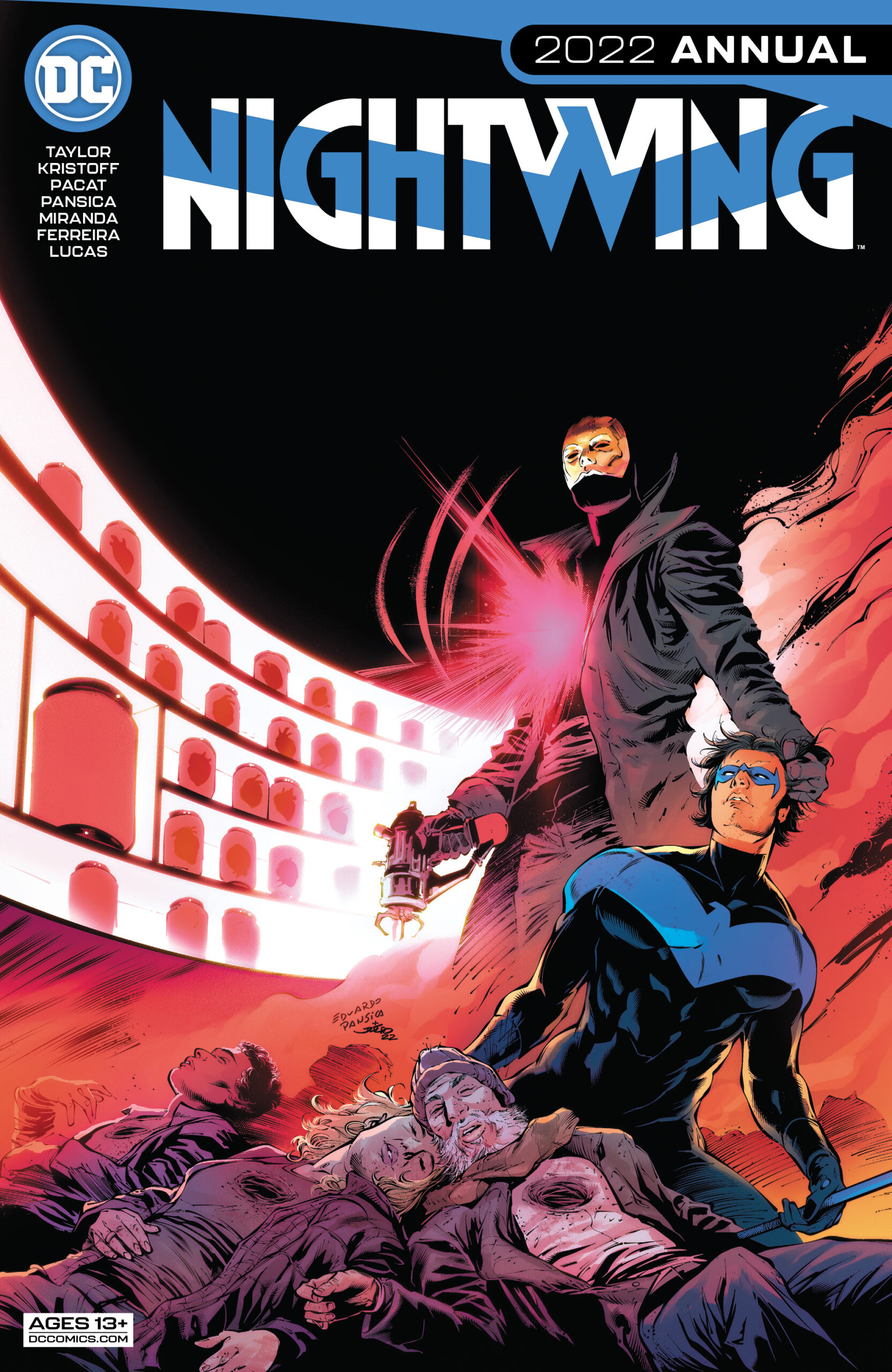 We’re gifted a trio of tales in the Nightwing 2022 Annual. We see the origin of Heartless and learn what goes on in Haley Grayson’s mind when Dick’s out. Finally, Jon Kent drops by for some help.

All three stories in the Nightwing 2022 Annual have something to offer.  The lead tale presents the origin of Heartless, the mysterious villain who’s been haunting Nightwing since issue #78.   While the character’s origin is truly disturbing, Tom Taylor does a lot of cool things in the story.  Not only does Heartless’ story begin at Haly’s Circus the night the Flying Graysons fell to their death,  Taylor effectively gives us a “dark” Alfred in the villain’s own childhood butler. Furthermore, we get a couple of callbacks to previous issues that are more important than the reader would’ve imagined at the time.  It may just be the first chapter in the next story arc, but its inclusion in an annual gives it added weight.  It’s also able to stand on its own without breaking up a longer arc while providing the necessary information. 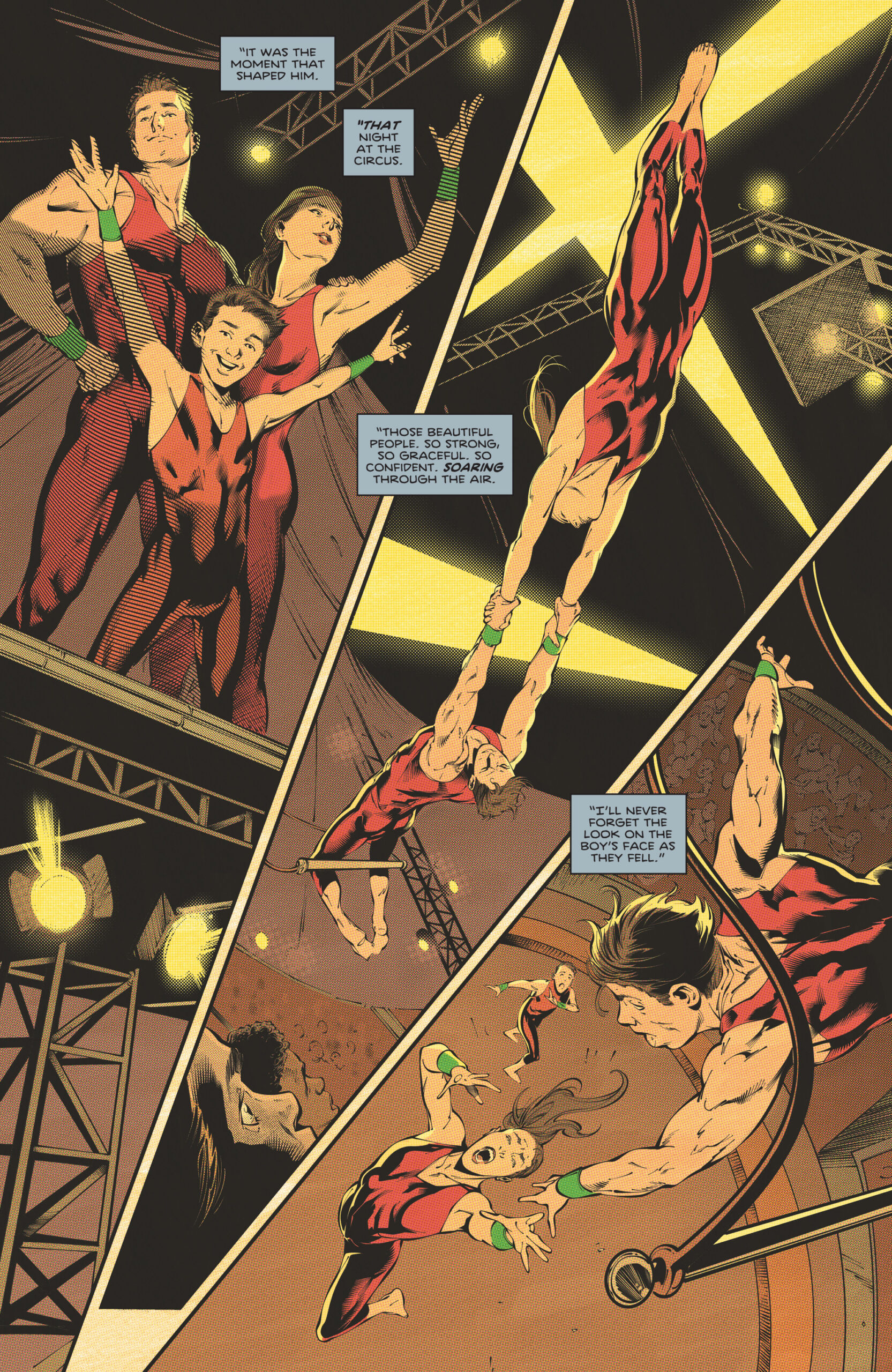 The second story is a fun little tale that explores what goes on inside Haley’s mind when Dick is out of the apartment.  Dick and Babs go on a date and we learn just how alike Haley and Dick are.  It’s a cute, fun story, and it also keeps the Dick/Babs relationship at the forefront of this series.  It’s got a clever twist as well.

The Nightwing 2022 Annual wraps up with a visit from Jon Kent.   While the aged-up version of the character is still a bad idea, having Dick Grayson as his mentor is a great one.  This tale not only shows why he’s a good mentor for Jon but how he came to be a good teacher.  It effectively shows what he learned from Batman as well as the fact at times how not to be like Batman.

In some of the flashbacks we get to see Dick in the classic pixie boot Robin costume and it’s nice to know that this is still part of continuity, despite his appearances in Batman/Superman: World’s Finest in a modified classic look.  The classic Robin costume is a reminder that those days of Robin would be welcomed in a solo series.  Dick is popular enough to carry two titles, isn’t he? 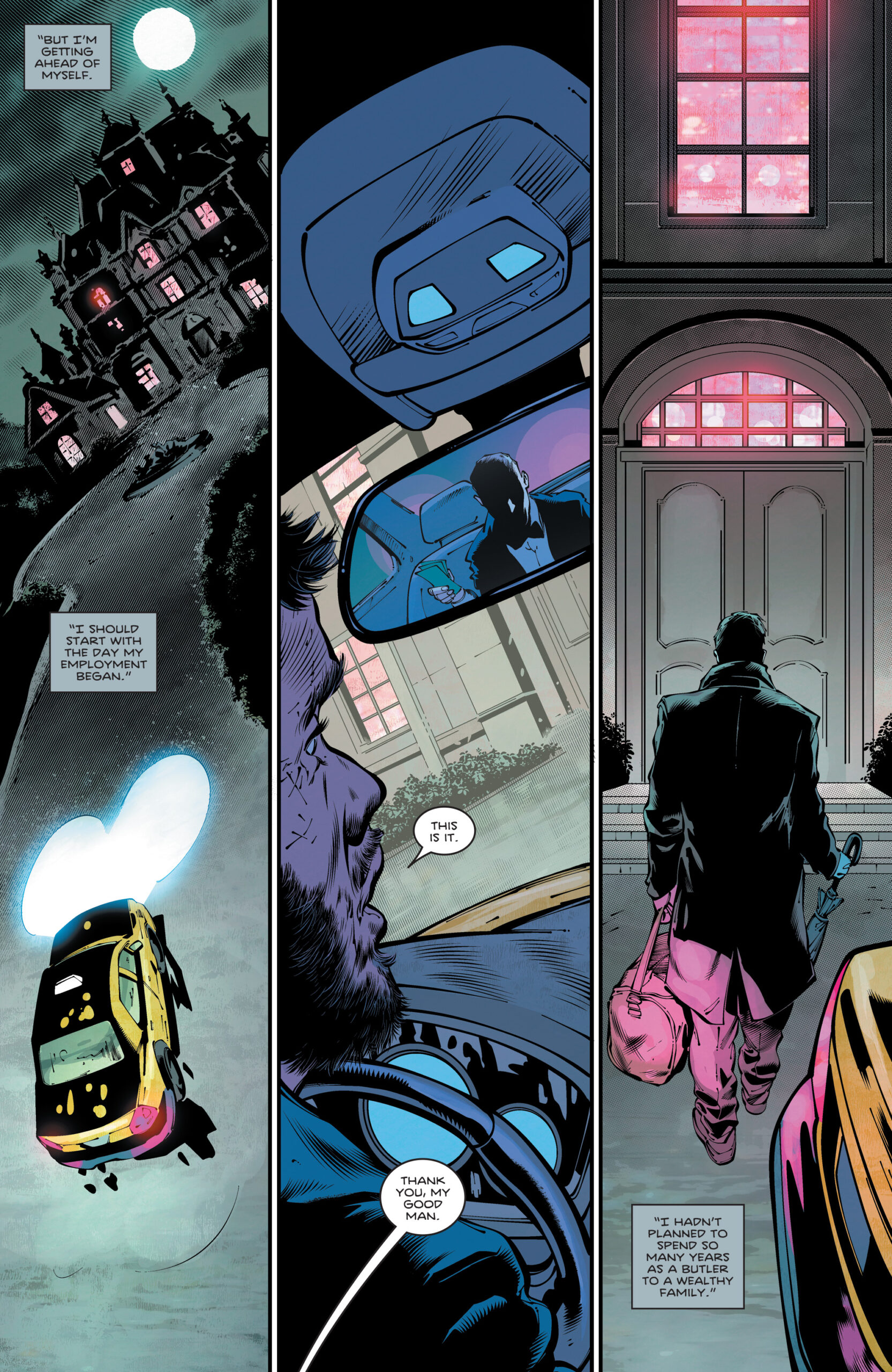 Pansica and Ferreira won’t make you forget about Bruno Redondo, but their art is stylistically similar enough to keep the reader convinced that they’re still in the same world.  Lucas’ colors assist with this as well, although the specific choices reflect more the tone of the individual stories.  It’s subtle, but it’s effective.  Inaki Miranda really sells the flashbacks of pixie boot Robin.  It’s not that he’s simply there, but he looks so good being there!

As probably DC’s best title on the market, “negatives” are difficult to find in this issue.  Though, the shorter stories may benefit from some expansion or a bit more context. 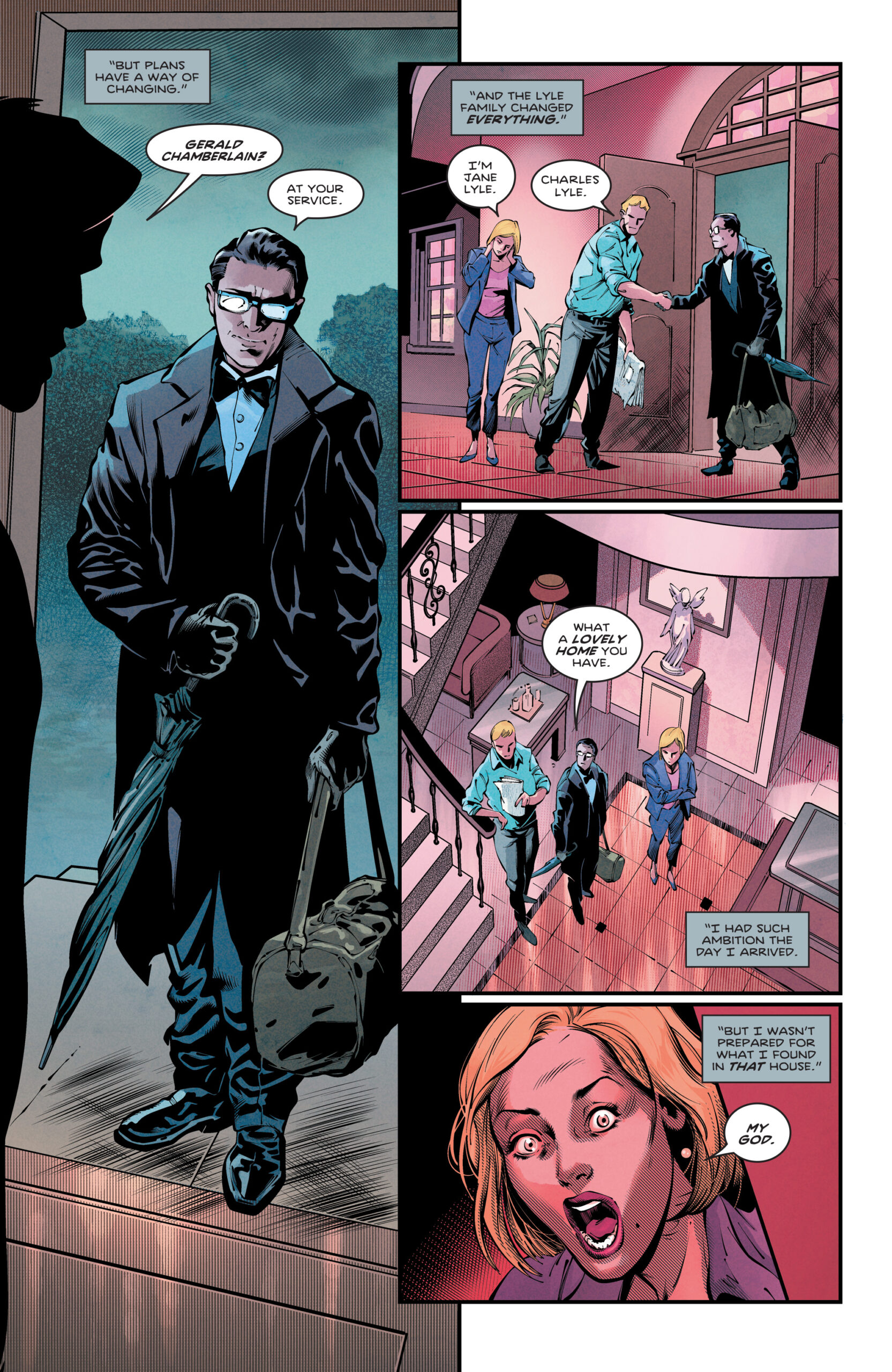 The Nightwing 2022 Annual uses the format effectively by telling, not only a special tale about the origin of Heartless but also two stories that are fun and insightful that are designed for a shorter format not seen often in contemporary comics from DC.  Combined, the stories give the reader a little something different while fitting into the whole of the series.

There’s a balance of tone between the stories as well, the shorter tales take a bit of the sting out of the lead feature.  It’s nice to cleanse the brain with some fun and heartwarming content after the wrenching origin of Heartless.