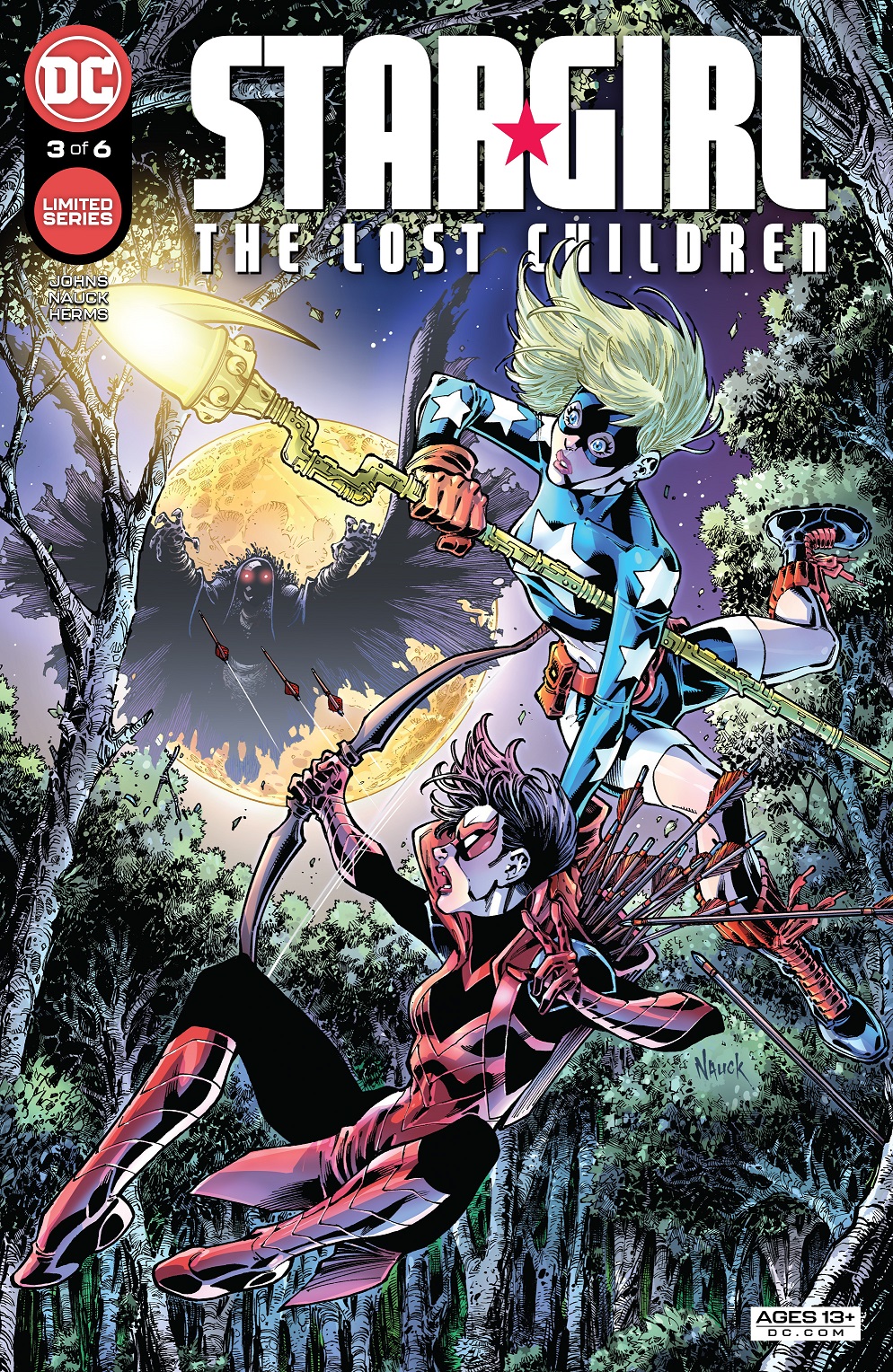 Stargirl: The Lost Children #3: Separated on different parts of Orphan Island, Courtney and Emiko both learn a little bit more about what’s going on.  Plus, Wing introduces Stargirl to the rest of the lost children!

I know I should hate that they’ve retconned Jay and Joan Garrick’s childlessness.  It was always something that made them a little different from the rest of the JSAers.  They had no biological legacy, but instead were part of the massive “Flash family,” one of the biggest super-hero families in the DCU- all speedsters are welcome!  However, what’s going on in Stargirl: The Lost Children #3 is just so damn intriguing…and such a great example of HOW to retcon…I can’t resist the temptation to love Judy Garrick already.  The Boom!  What a great Golden Age sounding name! 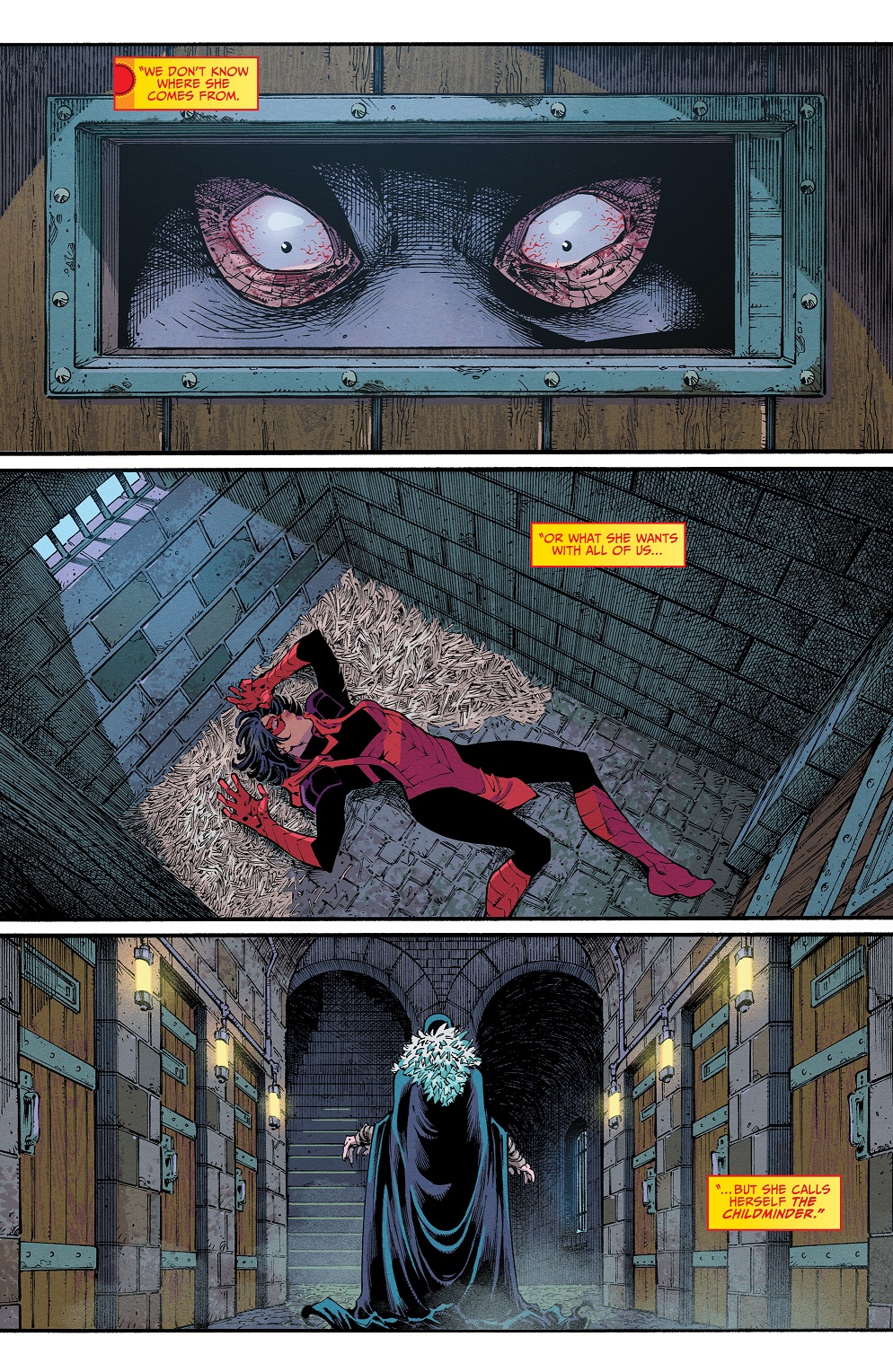 Johns isn’t throwing out continuity, he’s utilizing characters that have a history, Wing, Air-Wave, the Newsboy Legion, the Little Blue Boys, Dan the Dyna-Mite, Thorndyke….   Oh, and Corky Baxter from the original Rip Hunter…Time Master series.  At the same time creating new characters that fit pretty well into a Golden Age box and creating a new excitement around them.  This is all just executed so well that one can’t help but be excited about a character like Judy Garrick.

These elements make this series, and indeed issue #3 a fun comic.  Fun can be overlooked.  There’s a slight bit of nostalgia, not as much as in the companion series, Justice Society of America, but just enough.  The excitement of uncovering the mystery behind the lost children and discovering their histories make for a bunch of fun.  It’s part mystery, part nostalgia and part character development and reveal. 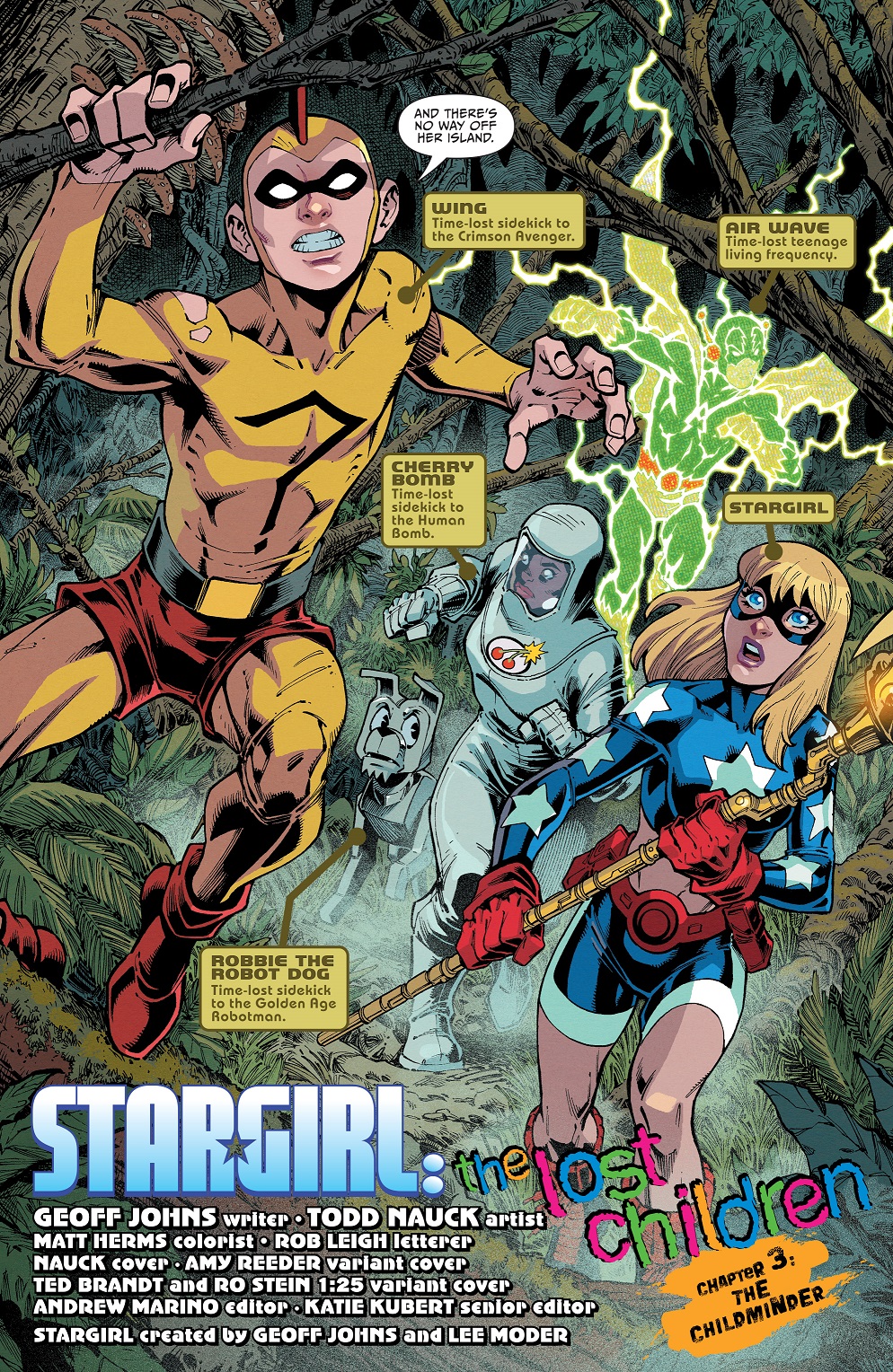 The tone is interesting in that it doesn’t feel as dangerous as it could.  Sure, these characters are “missing,” but Courtney’s positive attitude and the overall approach create a sense that everything is going to ok.  Todd Nauck’s style fits perfectly with this.

Part of Stargirl: The Lost Children #3 moves a bit slowly.  The Childminder isn’t recognizable as anyone yet, so the scenes to reveal more about her and the forthcoming “foster father,” while necessary, just don’t come across as engaging as the segments focusing on Courtney and the lost children. 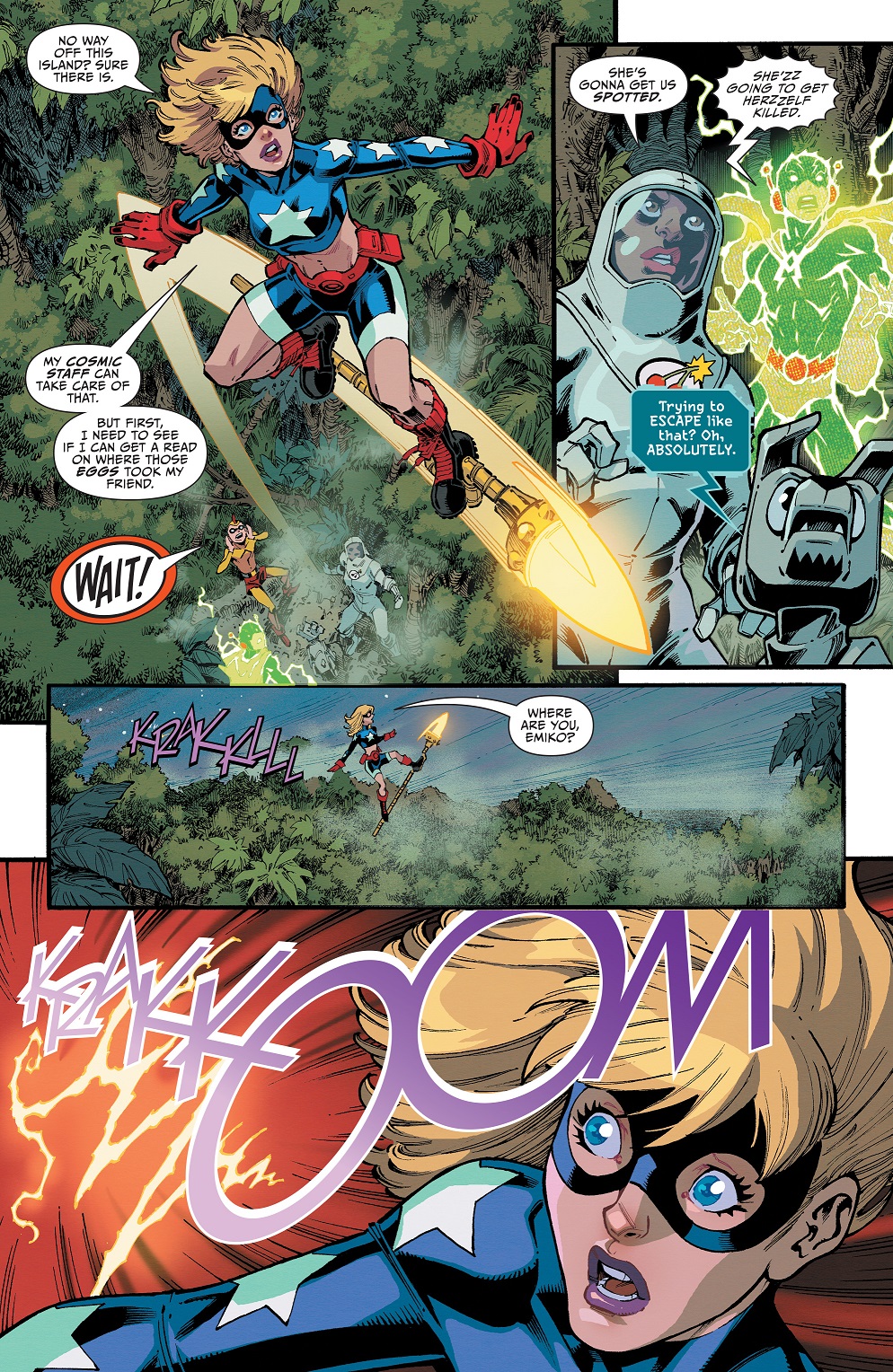 It’s fun, and there’s nothing wrong with that.  You can still have a great comic even if it isn’t earth shattering or genre melting.  Stargirl: The Lost Children #3 is a fun comic that can be enjoyed by all ages.  It has the right elements that recall the great comics of the Bronze Age.  Not only does this series throwback to older characters, but it utilizes storytelling and tone that is from a less complicated time.