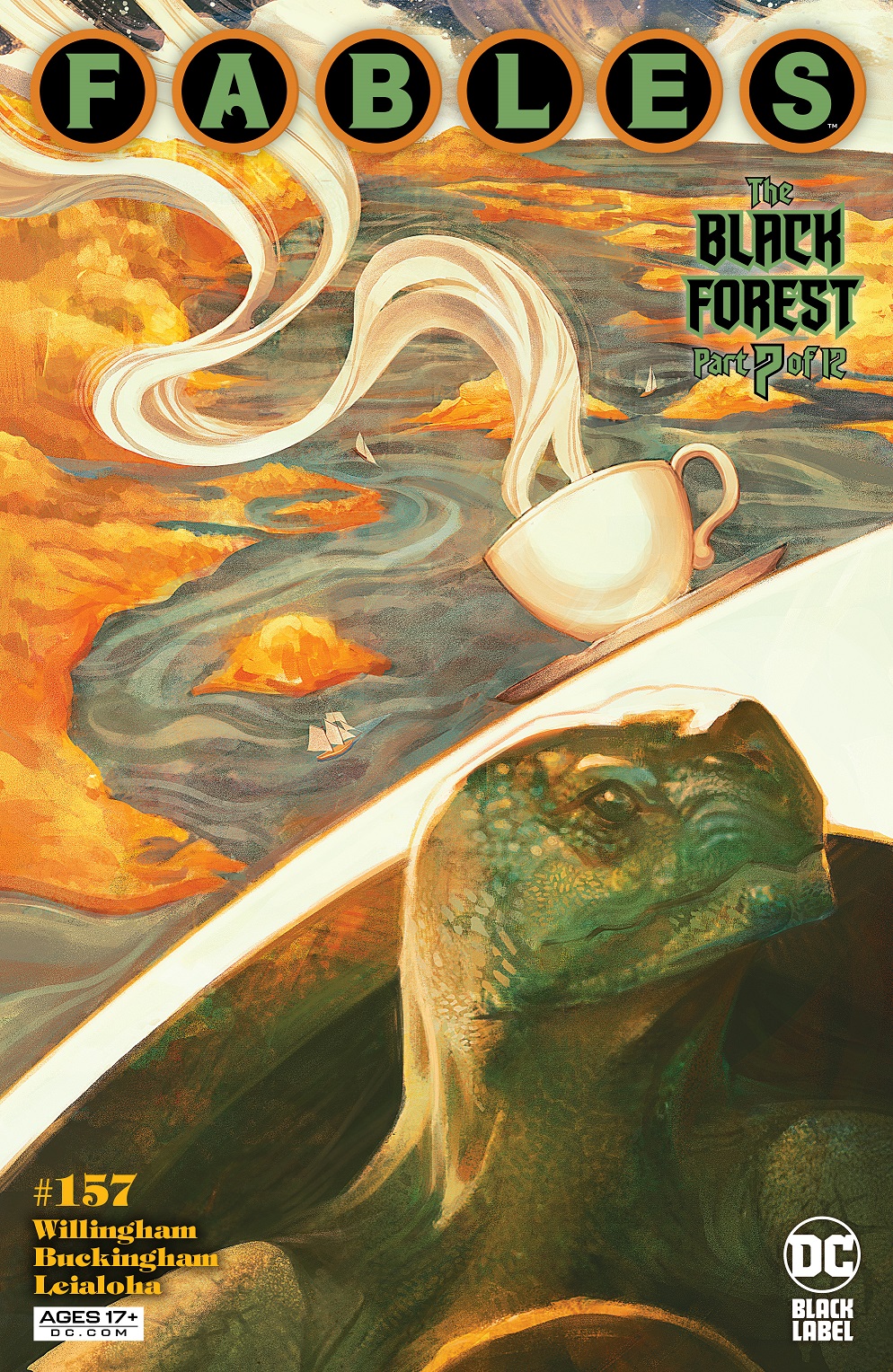 Winter takes a short vacation with possible dire implications for the entire Wolf family and we look at a brief shining moment for this same family, which, in hindsight, will be remembered as a golden age.

At first, the structure of this issue seems a bit odd, with it being broken down into two separate chapters.  However, overall, it’s not unlike fairy tales that often have a “time passed” portion because it’s necessary to meet the characters again at a later stage in life.  That’s the function of Fables #157.  It’s a little awkward having had a two-month break since the last issue, but in a fashion, it works since we get caught up with what’s gone on in the five-year break in the story.  There are a few surprises as always, as well!  This means that Greenjack has suffered in prison for five years!  The real surprise comes on the last page, but no spoilers on this one.  Willingham saved it for the last panel, and it’s definitely worth waiting for as you read the issue. 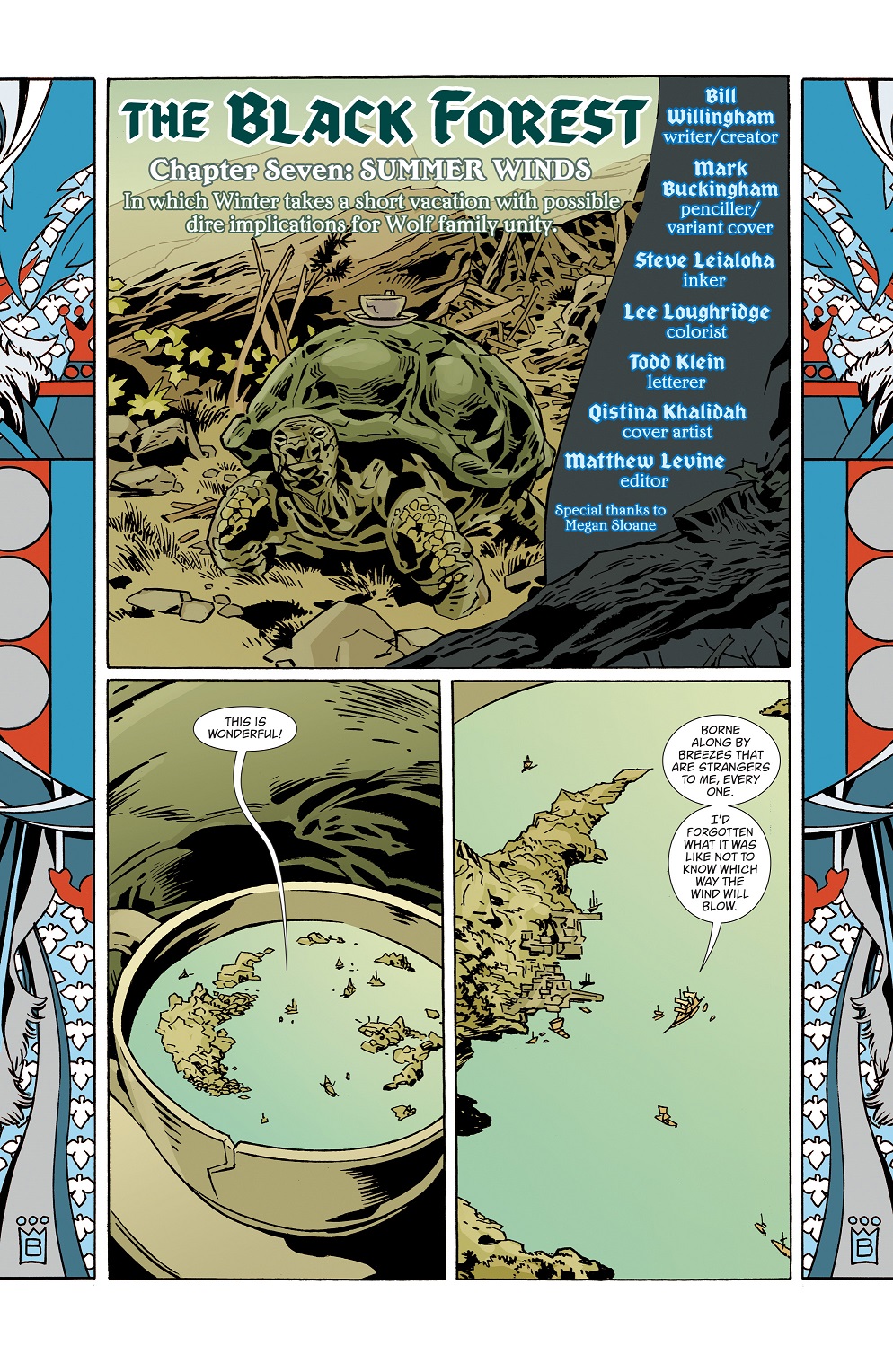 While there are a few plot surprises in Fables #157, it’s really an issue about the Wolf family.  Bigby and Snow are happy to have their family reunited and the sequence is presented as a time of happiness and relaxation as the couple is in a different stage of their lives with grown children.  It seems this storyline may do more with setting up Everafter: From the Pages of Fables, after all.  Connor is clearly older and when we see the “Mundy” world, it is more integrated with magic, etc.. than what we’ve seen so far in the first half of “The Black Forest” story arc. 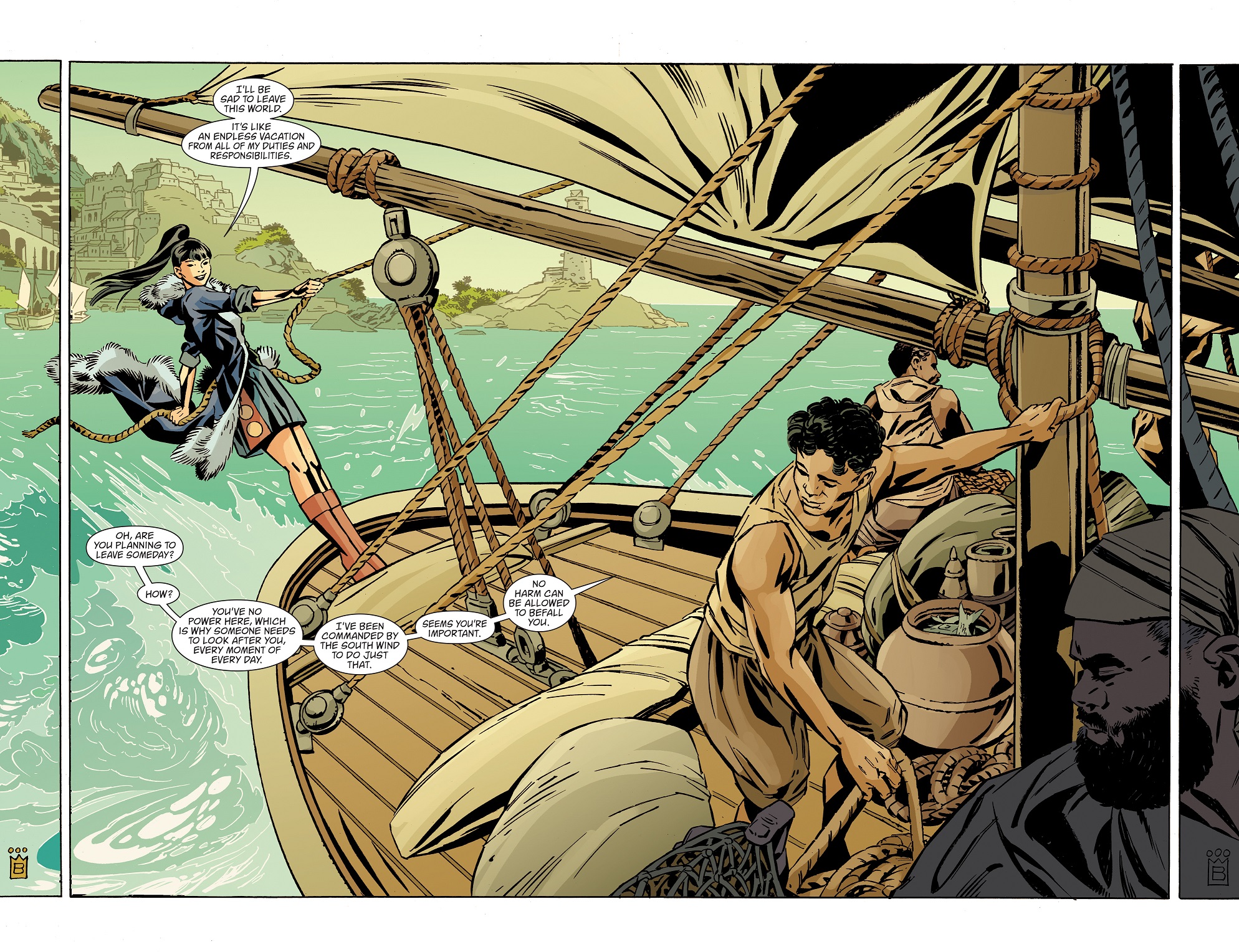 It might be helpful to refresh one’s memory on the kids to keep everything straight.  This is one aspect that the trades of Fables do to help keep the reader on track.  It’s a large cast and all those Wolf children…  The beginning of a Fables collected volume has a major cast list with images and a one-line summary for each character.  The break between issues is difficult, despite it working in a way.  You’re caught up, but it still feels like you’re missing something. 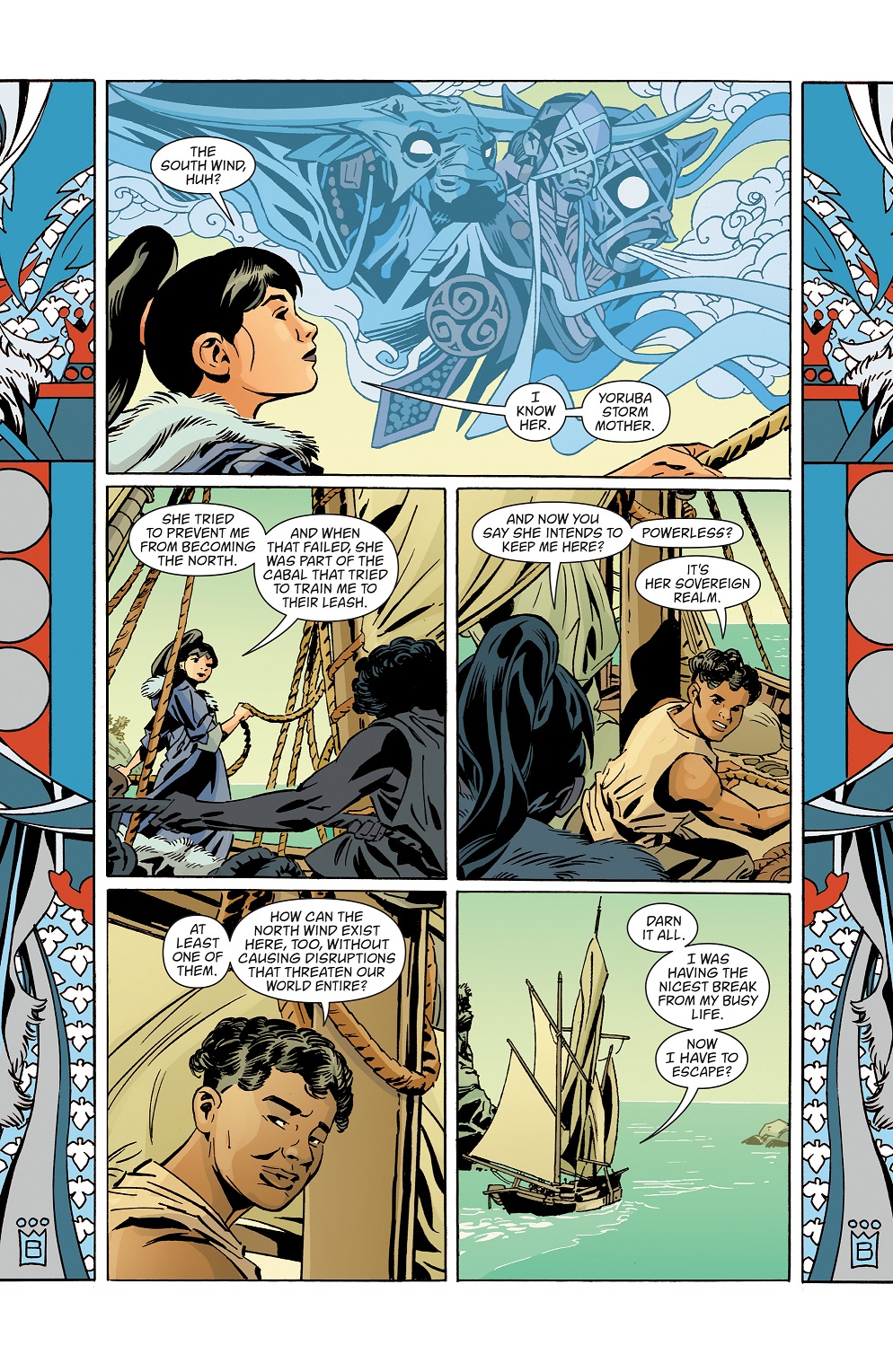 For fans, Fables #157 is fun and still contains the “magic” that makes it an outstanding series.  It’s a bit awkward though, with the break between issues and the time jump.  The size of the cast doesn’t help either.  There’s no doubt that this issue will play perfectly in the collected edition, but as a standalone issue, it’s definitely not for first-time readers, and could prove troublesome for new fans of Fables.