Batman dives into the world of Lovecraftian horror in the upcoming DC animated movie, Batman: The Doom That Came To Gotham. Based on the epic tale from legendary comic creator Mike Mignola, fans will travel to Gotham in the 1920’s, where Bruce Wayne is an adventurer who uncovers an ancient evil, and must take on this horrifying being that threatens his home before it destroys the entire world. 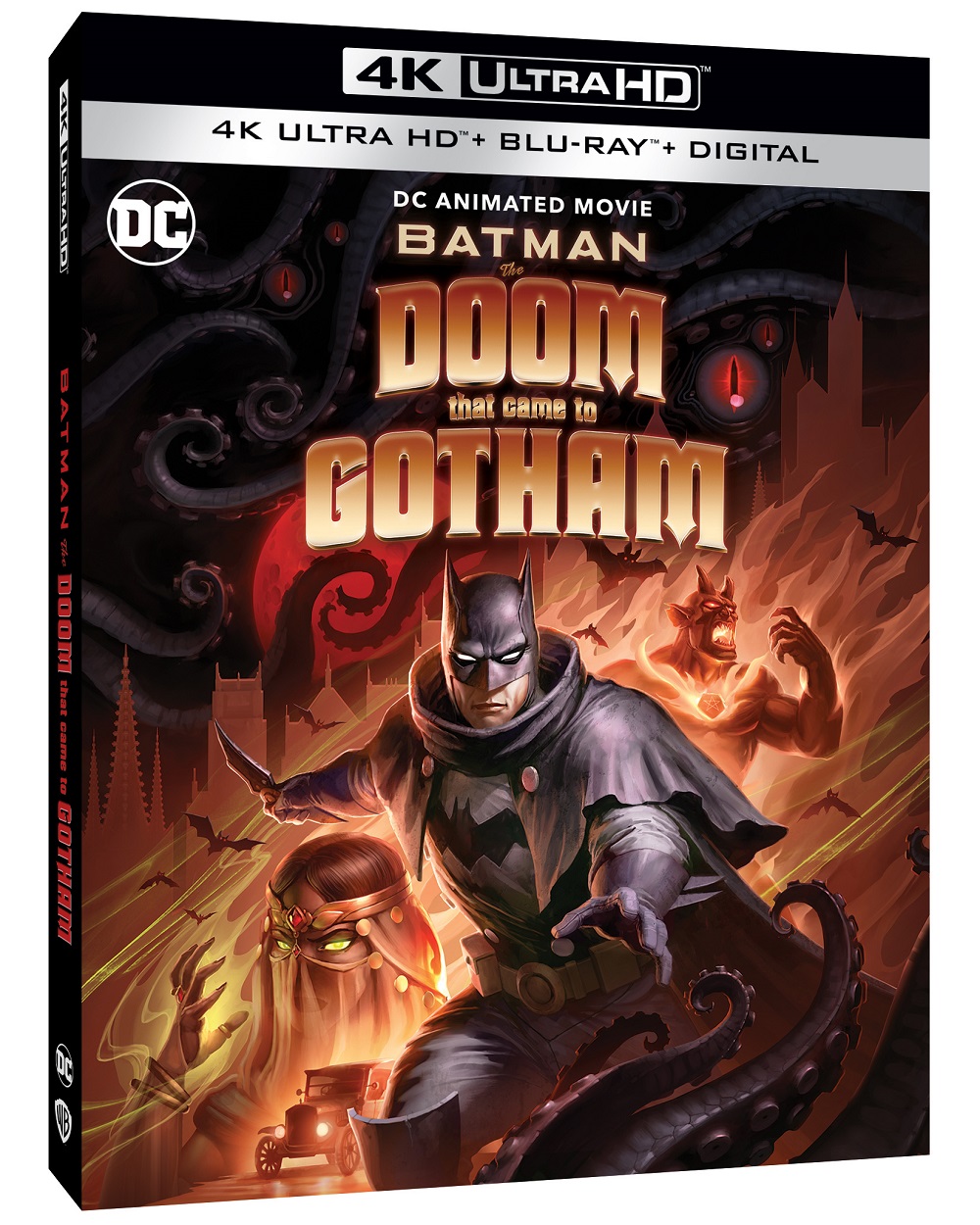 The official trailer for Batman: The Doom That Came To Gotham, as well as the full press release with the synopsis, were released and can be found below.

BATMAN: THE DOOM THAT CAME TO GOTHAM

AGAINST SUPERNATURAL FORCES IN A NEW DC ANIMATED MOVIE.

BURBANK, CA (January 19, 2023) – Batman’s rational mind and unparalleled fighting skills are put to the ultimate test when an ancient force threatens his world and everyone he holds dear in Batman: The Doom That Came To Gotham, available to purchase Digitally and on 4K Ultra HD Blu-ray Combo Pack and Blu-ray on March 28, 2023 from Warner Bros. Discovery Home Entertainment. The all-new, feature-length DC Animated Movie puts Batman up against Lovecraftian supernatural forces threatening the sheer existence of Gotham as he’s aided and confronted along the way by reimagined versions of his well-known allies and enemies, including Green Arrow, Ra’s al Ghul, Mr. Freeze, Killer Croc, Two-Face, James Gordon and more.

Sam Liu (The Death and Return of Superman) fills the dual role of producer and co-director of Batman: The Doom That Came To Gotham, working closely with co-director Christopher Berkeley (Young Justice) to bring to animated life the script from screenwriter Jase Ricci (Teen Titans Go! and DC Super Hero Girls: Mayhem in the Multiverse). Producers are Jim Krieg (Batman: Gotham by Gaslight) and Kimberly S. Moreau (Legion of Super-Heroes). Executive Producer is Michael Uslan. Sam Register is Executive Producer.

Inspired by the comic book series by Mike Mignola, Richard Pace and Troy Nixey, Batman: The Doom That Came To Gotham is a 1920s-based tale that finds explorer Bruce Wayne accidentally unleashing an ancient evil, expediting his return to Gotham City after a two-decade hiatus. The logic/science-driven Batman must battle Lovecraftian supernatural forces threatening the sheer existence of Gotham, along the way being aided and confronted by reimagined versions of his well-known allies and enemies, including Green Arrow, Ra’s al Ghul, Mr. Freeze, Killer Croc, Two-Face, James Gordon and Bruce’s beloved wards. Prepare for a mystical, often terrifying Batman adventure unlike any other.

Batman: Shadows of Gotham (New Featurette) – An examination of themes of existential dread in a world drenched in gothic overtones that combine to create one of Batman’s most unique adventures.

Audio Commentary – Filmmakers and storytellers, including producer/co-director Sam Liu and screenwriter Jase Ricci, take in all the gothic horror and intrigue of Batman: The Doom That Came to Gotham.

*Digital version not available in Canada