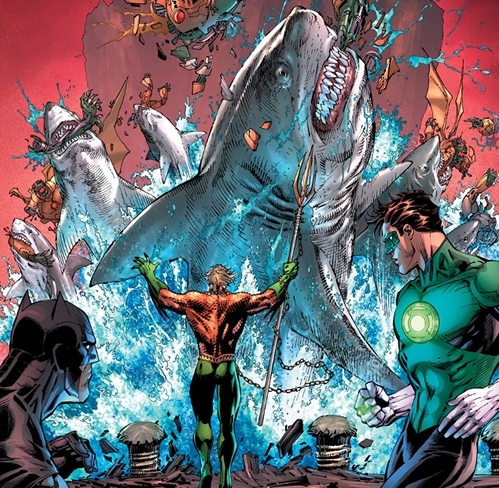 With a number of DC comics making the move to the big screen, one of these movies seems to have been given a bit more attention than others. The Aquaman movie has seen not one but two writers picked to write two separate scripts to present for the movie. Writers Will Beall and Kurt Johnstad have been reeled in to lead the story.
­

DC has dated nine un-named movies to be released in the next decade before 2020. One of these movies seems to be the Aquaman movie. Will Beall and Kurt Johnstad, famed for penning “300: Rise of an Empire”, “Gangster Squad”, and “Act of Valour”, will be writing what they both want to see Aquaman do in his big screen appearance.

And with the news that Game of Throne’s own Jason Momoa has been cast as Aquaman for Batman V. Superman Dawn of Justice, we now have an idea of what Aquaman will look like. And with the possibilities for Aqualad and Mera to join the Justice League universe with the release of an Aquaman film, we could see more of an expansion to the DC cinematic universe.

The release date for the Aquaman movie is yet to be released.