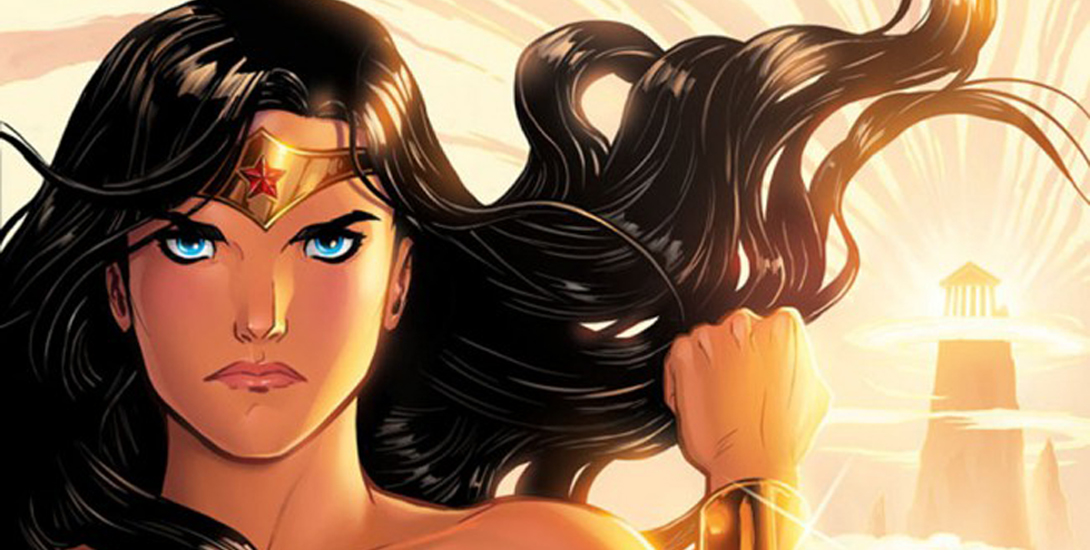 With Wonder Woman celebrating her 75th anniversary, it’s fitting that she’s finally getting her own set of Forever Stamps from the USPS.

These stamps were first revealed at San Diego Comic Con this past July, but today marks the first day of issue for this beautiful collector’s piece in honor of Wonder Woman.

The U.S. Postal Service celebrates her diamond anniversary by chronicling her evolution on Forever stamps from her World War II origins to today. This new issuance showcases four different stamp designs on a sheet of 20 stamps depicting Wonder Woman during four eras of comic book history:  Golden Age (1941–55), Silver Age (1956–72), Bronze Age (1973–86) and Modern Age (1987–present). The selvage, or text outside of the stamp images, features the current block-letter Wonder Woman logo in white against a comic book style power burst rendered in shades of blue.

On the first row of stamps Wonder Woman of the Modern Age wields a hammer with a power and determination befitting her roots in the heroic world of Greek mythology. The Bronze Age Wonder Woman’s bold stance empowers the second row of stamps. With her fist held high and bulletproof bracelets gleaming, the Amazon princess leads the charge against injustice. The third row of stamps depicts Wonder Woman during the Silver Age. Although she possesses great strength and speed, the world’s favorite superheroine prefers compassion to the use of brute force. With her golden lasso of truth close at hand, she compels honesty from her foes. In the last row of stamps, Wonder Woman from the Golden Age bursts onto the scene as originally envisioned by creator William Moulton Marston.

Art director Greg Breeding of Charlottesville, VA, designed the stamp pane. The Wonder Woman stamps will be issued as Forever stamps and always be equal in value to the current First-Class Mail one-ounce price.

We are happy to announce the official Wonder Woman Forever Stamps in honor of #WonderWoman75! #DCNYCC pic.twitter.com/n8jSOls05b

Fans are encouraged to share the news on social media using the hashtags #WonderWomanForever and #WonderWoman75.

“Wonder Woman was one of the first female Super Heroes that inspired countless young girls over the past three quarters of a century,” said U.S. Postal Service Chief Information Officer and Executive Vice President Kristin Seaver. “We salute this heroic role model and her legacy that is sure to continue to span another 75 years.”

“It’s been an honor to work on an iconic character like Wonder Woman for the past 40 years,” said García-López. “She is the ultimate female Super Hero, a true symbol of equality and justice, and it’s thrilling to see my Wonder Woman included in the 75th anniversary celebration in such a prominent way.”

“As an artist you hope that your work might endure, like the character of Wonder Woman herself,” added Chiang. “To see something I drew immortalized on a U.S. Postal Service stamp is really an incredible honor, and hopefully a fitting tribute to 75 years of strength and imagination.”