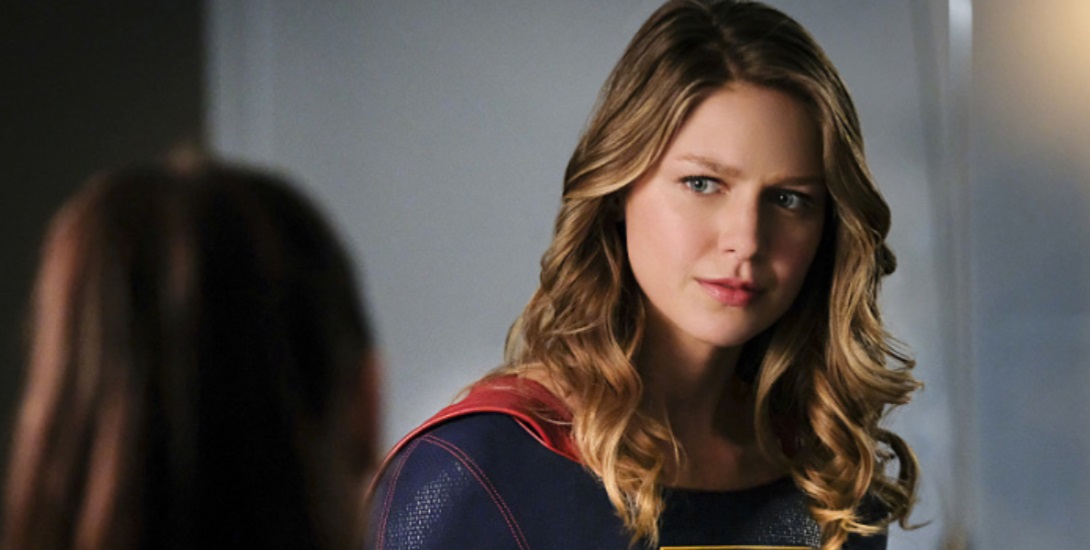 On the next episode of Supergirl, Kara tries to help Mon-El adjust to Earth while James Olsen feels the need to become a vigilante.

The Mon-El stuff could be fun. Chris Wood is enjoyable in the role which could easily make it work but I can also see this plot getting tedious fast.

I am not sure how I feel about James becoming a vigilante. The way that the trailer is framed, it looks like it happens because Mon-El questions James’ masculinity and James is jealous of Mon-El’s connection to Kara. I don’t like that at all. I don’t need a James Olsen self-pity plot because he doesn’t have powers. I cannot judge until I see it in context but I am unsure of this idea right now without more interesting motivations.

In this clip, Supergirl and James face off against thieves who have technologically advanced guns. I like the idea of escalation. Now that Supergirl is around, criminals have to up their game. It’s always a theme in superhero material and it could be interesting here. But I’m not sure where James learned to fight. He pulls off a couple of really good moves and I don’t think this has been established before. Maybe it has and I’ve just forgotten.

Additionally, I think this premise would be a good time to introduce an alternate Earth version of the Rogues since they have guns that are similar to the guns Cisco made for Captain Cold, Heatwave and Golden Glider on Earth 1. I like how much of its own thing this show is but Snart showing up could be fun.

“Crossfire” is directed by Glen Winter and written by Gabriel Llanas and Anna Musky-Goldwyn. The episode airs Monday November 7 at 8:00 p.m. Eastern time on the CW.