Commissioner Gordon has decided to retire leaving the key to Arkham (literally) and the switch to the Bat-Signal to his daughter Barbara. She decides the best thing for Gotham to do is have the police force work with Batman. Batman does not respond well to that. Meanwhile, Joker is bugged that Batman will not commit to him as his greatest enemy. Bruce accidentally adopts Dick and Alfred dispenses some serious wisdom. The Joker manages to trick Batman into sending him to the Phantom Zone where he enlists all the baddies in the universe and then has Harley, who disguises herself in her Dr. Quinzel persona to let them all loose. Bricks fall from they sky because it turns out that Gotham City is actually built over the top of…Nothing. Ha! 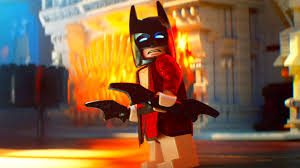 When the jokes land in this movie, they land with gut busting fun. Honestly, the first 15 minutes is pretty much non-stop laughs that are there for adults, kids and comic nerds alike. There is a plane over Gotham full of bombs and the pilots mention that Gotham is the most crime filled city in the world but they want to fly over anyway. That was pretty clever. When Joker takes over said plane of bombs, there are a ton of references to every other Batman movie ever. There are some other great lines later on too. When Babs first puts on the Batgirl outfit and Batman tells her what it is called, she says, “If’ I’m Batgirl, does that make you Batboy?” I laughed hard.  When she asks, “Why did you make this with only one seat?” as they were all crammed in the Batwing, Batman replies, “Because I only have one butt.” Ha! Childish, but funny.

Then there are the dance numbers. There is a Bollywood dance number. There is Justice League dance party. There is a Robin dance party. There is a Batman is alone and awesome dance party. Essentially, anytime there is music, it lands on its feet. Whenever it is totally aware of itself and has nerdy, comic and/or movie references, it lands on its feet. Will Arnett and Rosario Dawson are perfect foils for each other as Batman and Barbara Gordon. I am not sure if they played off each other when they read the lines, but it sure seems that way. Michael Cera’s Pollyannaish Robin/Dick Grayson is a scene stealer. He also sets up some great lines for the grown ups.

Dick: “My name is Richard Grayson, but the kids at the orphanage call me Dick.”

Bruce: “Kids can be cruel.” 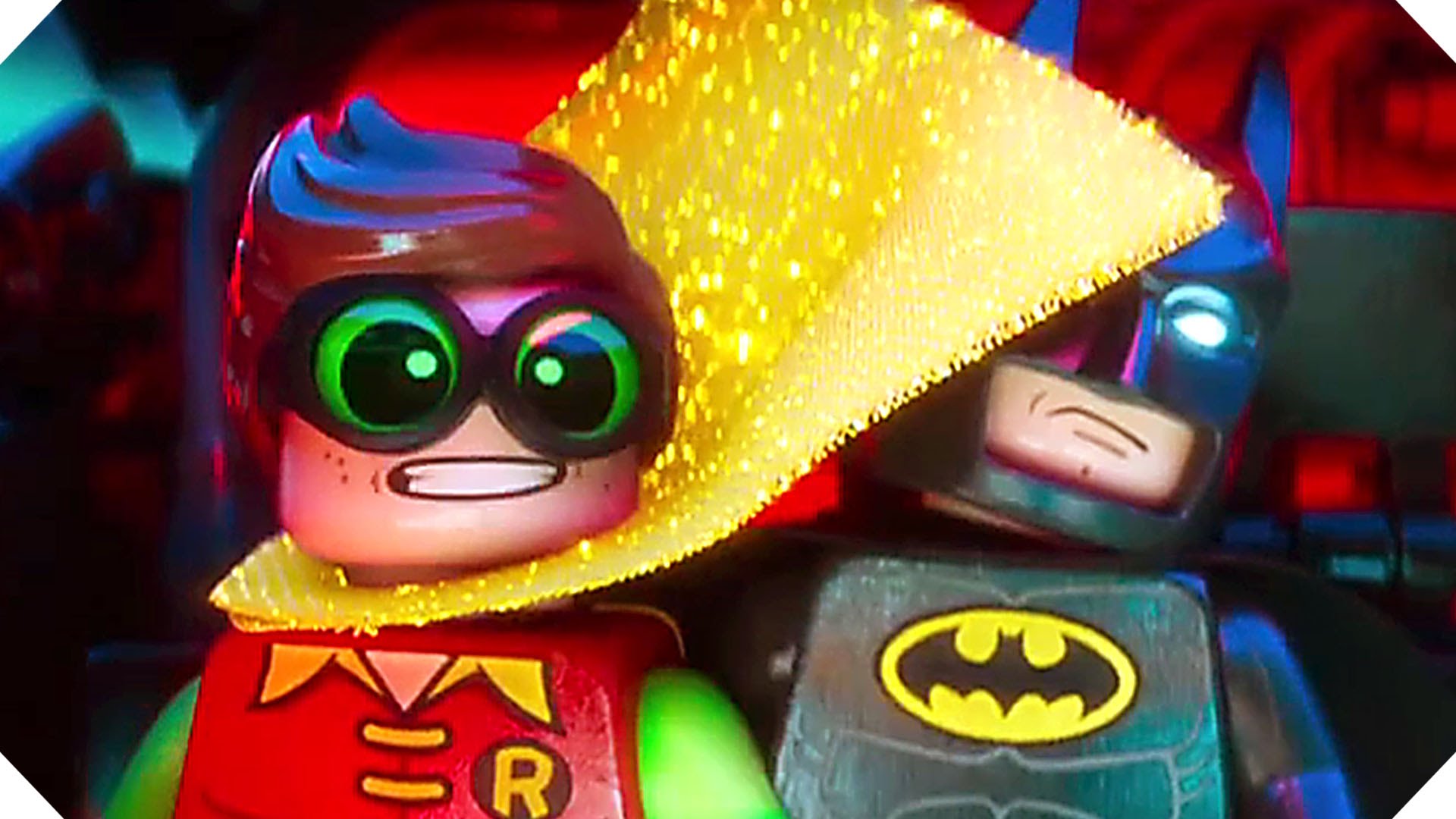 Unfortunately, it does not always land on its feet. Jonah Hill as Green Lantern, Channing Tatum as Superman and Adam Devine as The Flash go unused. The majority of the Batvillains go unused and yet they are voiced by some crazy talented comedy folks. They are there, but they are window dressing. Instead, the Joker pulls King Kong, The creature from the Black Lagoon, Voldemort (not voiced by Ralph Fiennes!?) and some other baddies from other movie and literature tropes to come to Gotham to battle the newly minted Bat-Family. It lands like a thud right on its back. Zod is in the Phantom Zone. We are told this at one point in the movie, but he does not show up here. Why? I have no idea.

There is a stretch of about 20 minutes where I could actually hear the kids in the theater talking. Up to that point, they were laughing and having a great time. Then, the bathroom breaks started and everyone’s attention started to drift. By the time they got back to the plot and some funny jokes, people were ready to go. In fact, the Bollywood dance number, which played over the end credits, was mostly witnessed by backs as people fled. I stayed because I love a good Bollywood dance number.

When I first found out about this movie, I decided it was going to be the best Batman movie ever. It was going to have everything I love about Batman mixed with some funny, stinging satire at the overall silliness of a guy in a suit who is better than super powered metahumans. I got some of that, but this movie just could not figure out what it wanted to be.  It had the overall theme of the Lego Movie with the whole “family is important and you should be creative and play with your family and use Legos” message. It also had a few other movies stuck inside of the main one which was a movie that simultaneously loved Batman and made fun of him. It was those other movies inside this movie that made this not the greatest Batman movie of all time. I think if Seth Grahame-Smith had been left alone with his own devices, we would have had the perfect movie. It could also be that I had such high expectations that there was no way this was going to live up to the hype in my head. No matter which way you cut it, this was just good not great. See it on the big screen for sure, but maybe go to a matinee and save a few bucks.

Matt Reeves to direct ‘The Batman’

Batman Is Back In New Trailer For ‘The...

Inside Look Of The LEGO Batman Movie Stop...

Warner Bros. Releases “Behind The Bricks” Featurette For...