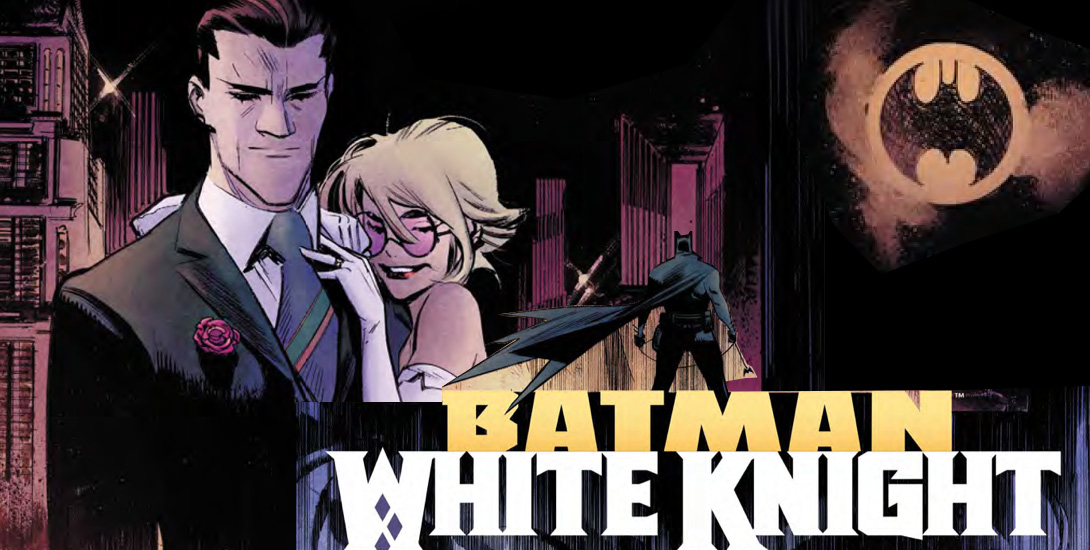 It opens with Jack Napier aka The Joker, cured of his insanity and visiting Batman, who is now a patient at Arkham Asylum.

Flashback to a year prior: Batman and members of the bat-family are pursuing an insane Joker. During the pursuit Batman shows that he has grown to care more about capturing the Joker than protecting the innocent. The rest of the bat-family recognize that Batman is getting worse.

When Batman finally catches up to the Joker, we discover that Joker led Batman to that location with a purpose. Joker explains to Batman how their true relationship works before Batman beats him to a bloody mess and shoves pills down the Joker’s throat.

Public opinion of Batman seems to be swaying against him and to make matters worse, the pills have seemingly cured Joker of his insanity and he shows signs of being a genius.

This book is a fantastic read from beginning to end and it’s only the first issue. Murphy captures the dynamic between the Joker and Batman perfectly, but is able to add his own take on the Dark Knight.

The concept is fascinating to say the least, but the delivery is even better. When I first heard about this storyline, I thought maybe they would just reverse who is evil and who is good, but that isn’t the case. It begins with the Batman and Joker we all know and we witness how they change with time. Murphy also shows how obsessed they are with each other, but for entirely different reasons.

Along with writing, Sean Murphy also illustrated the book which only benefits the reader. His artwork compliments the story perfectly. His use of black and shadow really adds mood to the book, which is only then accented by the dark colors that Matt Hollingsworth uses.

This is only issue one of eight so it is hard to ascertain whether or not the overall arc will have any negatives, but as of this issue I wouldn’t say there are any. The artwork, storyline, and dialogue are all excellent.

A potential negative isn’t about the issue per se, but of the repercussions of the mini-series as a whole. Murphy brings up so many excellent points that it would not surprise me if DC Comics had to redefine Batman in such a way that this doesn’t become the way people view Batman overall. It could potentially make him less of a hero and more of a villain in people’s eyes. (which is interesting considering how many different iterations of an evil Batman are coming out currently.) But perhaps that concern is a stretch.

I was excited for this mini-series just because of the concept, but the actual issue went far beyond my expectations. The dialogue and artwork draw you in immediately and before you know it, you’ve read the entire compelling piece of work. It’s already better than I expected and I cannot wait for the next issue, I just hope the entire series is this good.