Then, two armies stand ready to annihilate each other, with Wonder Woman and Artemis caught in the middle, fighting for the souls of the exiled Amazons living in Bana-Mighdall! Does Diana possess the might and diplomatic prowess to convince her sisters to stop their march toward war? Who will fall beneath the flaming swords of Rustam? And more importantly, how does she make sure this doesn’t happen again? Will Diana have to Occupy the Amazons?!

I like the cover by David Yardin. There’s a lot of really good detail and it looks great. 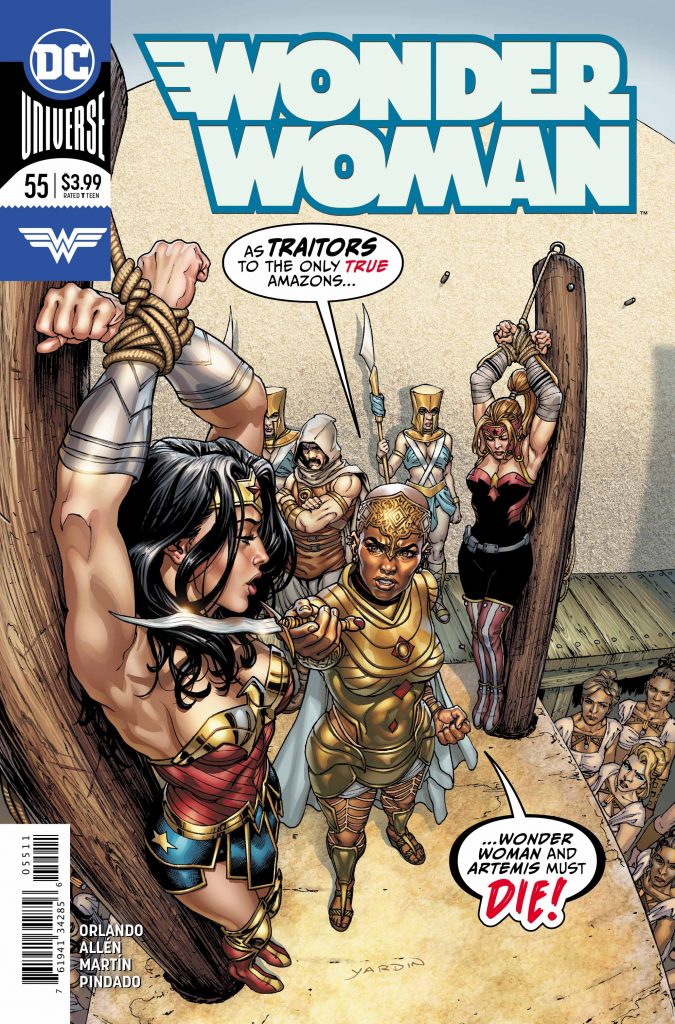 The interior art is strong as well. I love the general style; I’m not sure if there’s a name for the style and I’m having a tough time coming up with an appropriate adjective. It looks almost animated; it’s very colorful and full of personality and life.

It’s always great when Diana can stop a problem with truth and reason. I like seeing her kick ass as much as everyone but being the spirit of truth makes her unique and I appreciate when stories highlight that. 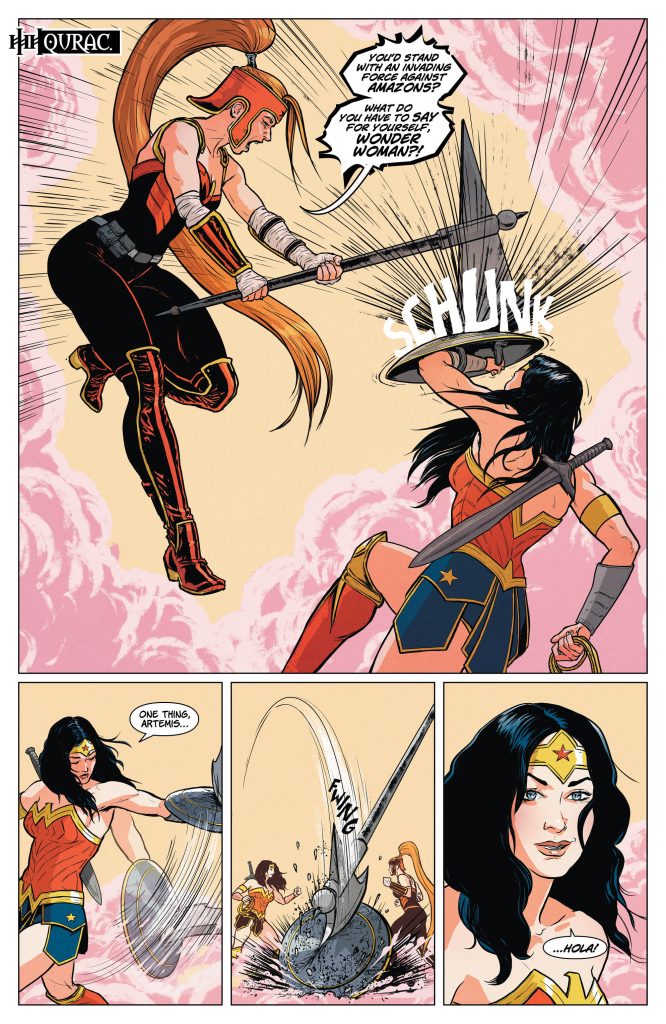 The issue cleverly takes us inside the character’s heads when Diana  uses the lasso of truth. It’s more symbolic than anything but it’s a great idea. My disappointment is that I wish the art was a little more interesting in these scenes. It’s just a black background with the characters standing in a void.

This is a great issue. Orlando has a great handle on Diana as a character. Her voice and personality shine through in a plot that allows her best traits to play an important role. The art is gorgeous and it’s a really fun read.