It was announced that Brian Michael Bendis’s Action Comics would feature the return of The Question, but we didn’t know which version.  Now, artist Ryan Sook uploaded a special preview of the Question coming to Action Comics #1005, and it appears to be Vic Sage!  Check out the photo and issue solicit below. 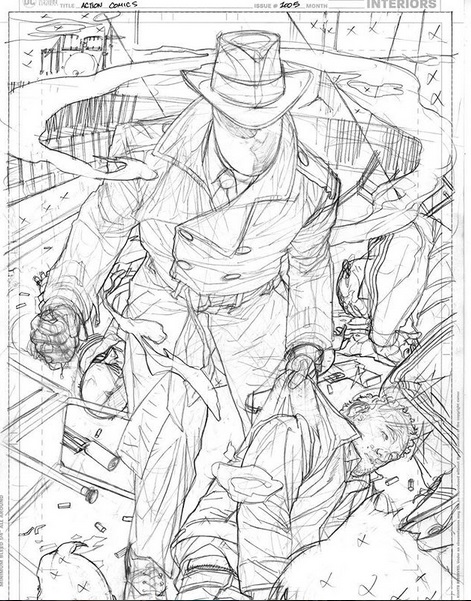 ACTION COMICS #1,005
written by BRIAN MICHAEL BENDIS
art and cover by RYAN SOOK
variant cover by FRANCIS MANAPUL
The murderous mystery of the Red Cloud uncovered! Clark Kent draws closer to revealing a secret crime family that has operated for years in Metropolis, but the family’s enforcer—the mysterious Red Cloud—proves she’s a match for even the Man of Steel with an attack that leaves Superman breathless. Don’t miss the last-page shocker as we reveal the true face of the Red Cloud!
ON SALE 11.28.18
$3.99 US | 32 PAGES
FC | RATED T

The issue is set to come out Wednesday, November 28th.  What do you think about the return of this classic Steve Ditko character?  Let us know in the comments!