Even millennial superheroes are moving back in with their parents! While recovering from the injuries she suffered battling Grotesque, Barbara Gordon’s been living with her police commissioner dad while she recuperates. To get Barbara out of her funk, Jim Gordon hires her to do some I.T. grunt work at the GCPD. Unfortunately, he just gave full security clearance to one of the best hackers on the planet! Batgirl now has access to the police database in hopes of capturing Grotesque…who also seems to be using the database as well! Is this an inside job?

I like the cover by Julian Totino Tedesco. It’s reminiscent of The Dark Knights Rises poster. The color scheme is cool and it’s a fun aesthetic. 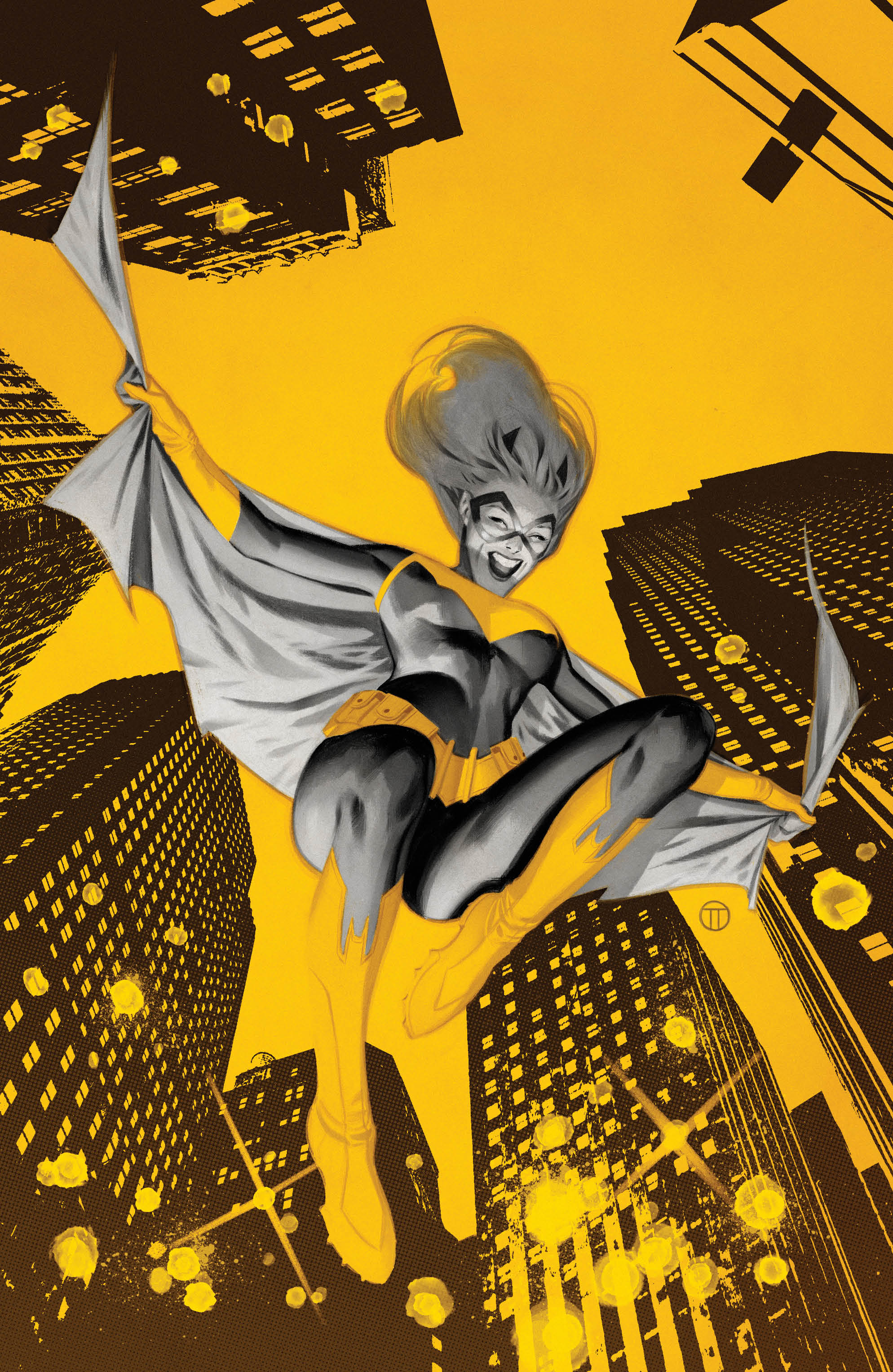 I like the interior art as well. The characters are expressive. And I like the look of Gotham; the backgrounds are very impressive.

There’s a wonderful scene between Barbara and Commissioner Gordon about her paralysis and how they dealt with it. It’s incredibly touching and the standout moment of the issue. 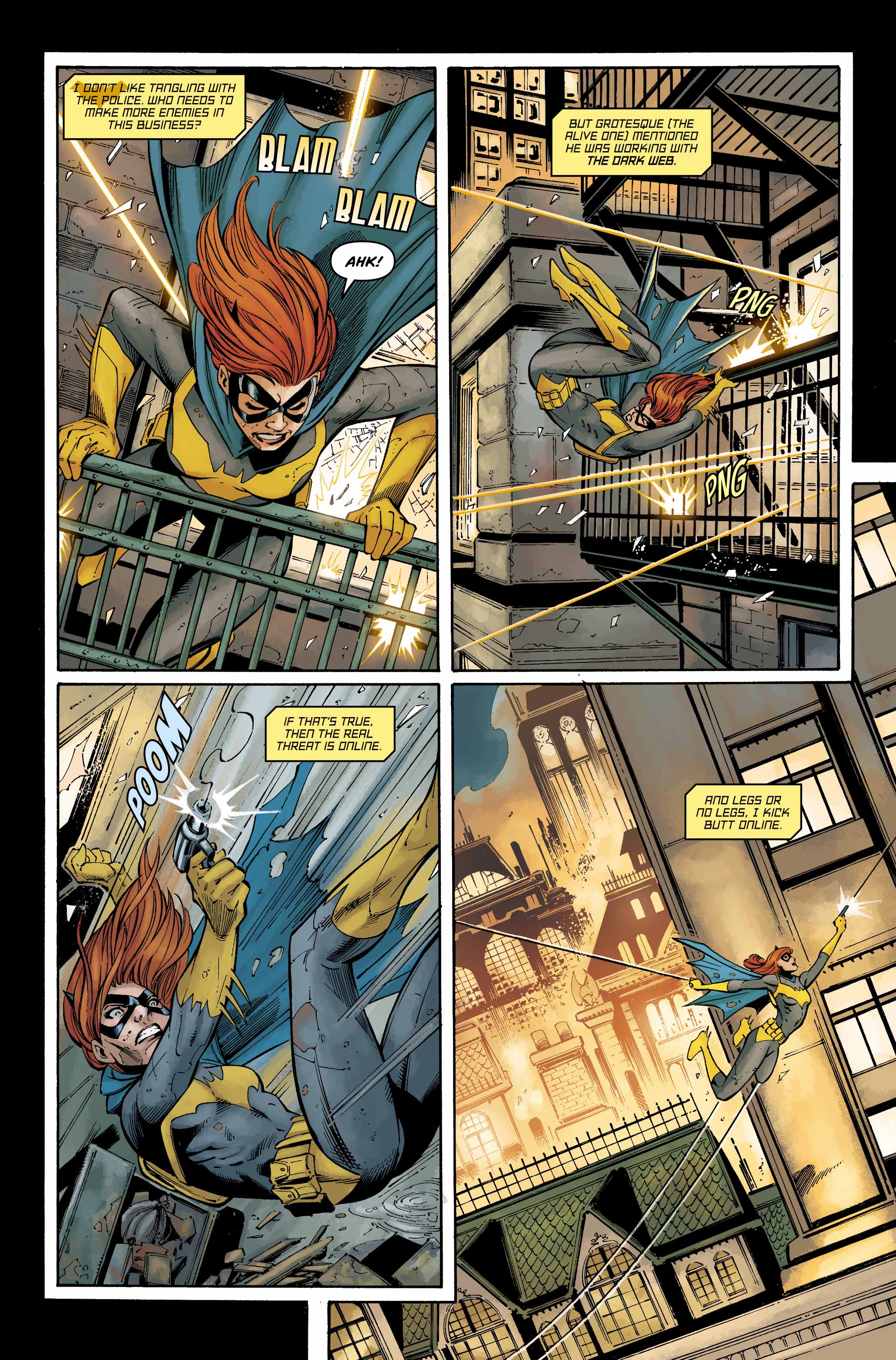 I don’t like that we, the audience, find out who Grotesque is and what’s going on before Batgirl does. I would rather know what she knows; I think that makes the narrative stronger. A lot of the issue is spent on Babs trying to figure out what I already know and that’s not a lot of fun for me.

This is a good issue. The art is cool; there’s a nice style to it. I do like the ultimate of what Grotesque is doing and why. But I would rather find that out with Barbara; it makes part of the issue kind of tedious for me. However, the scene between Babs and her father alone makes this issue well worth a read.