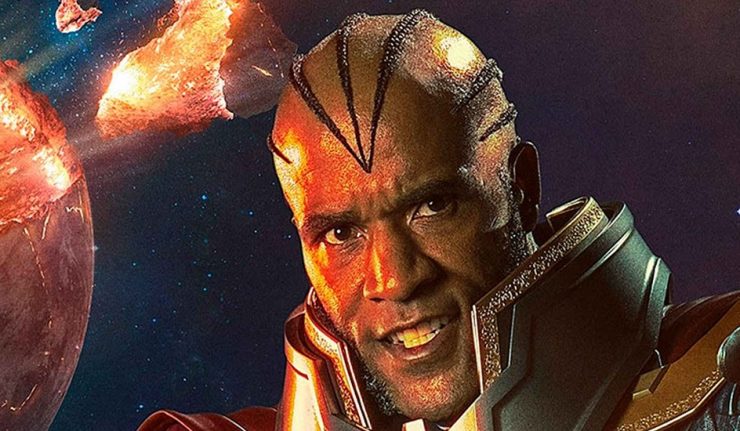 On Sunday, the CW unveiled the full trailer for this year’s Arrowverse crossover, which will include The Flash, Arrow, and Supergirl. Like the previous spots, it offered us a few more clues about what to expect from the three-night event. First, it revealed that Jeremy Davies’ evil Arkham Asylum doctor, who rewrites reality in the episodes, has received some help from Mar-Novu/The Monitor (LaMonica Garrett), an extraterrestrial of infinite power.

Furthermore, the new trailer also featured new looks at John Wesley Shipp rocking a replica of his Flash costume from the ’90s, and Tyler Hoechlin looking rather menacing in his all-black Superman suit.  Check out the trailer below:

As EW previously reported, “Elseworlds” sees the Flash (Gustin) and Green Arrow (Arrow’s Stephen Amell) swap lives after Deegan tinkers with reality. As a result, they turn to Kara/Supergirl (Melissa Benoist), the only person that can see them for who they really are, for help and end up meeting the Man of Steel and Lois Lane (Grimm‘s Elizabeth Tulloch). The crossover will also introduce Ruby Rose as Batwoman and mark the Arrowverse’s first trip to Gotham City.