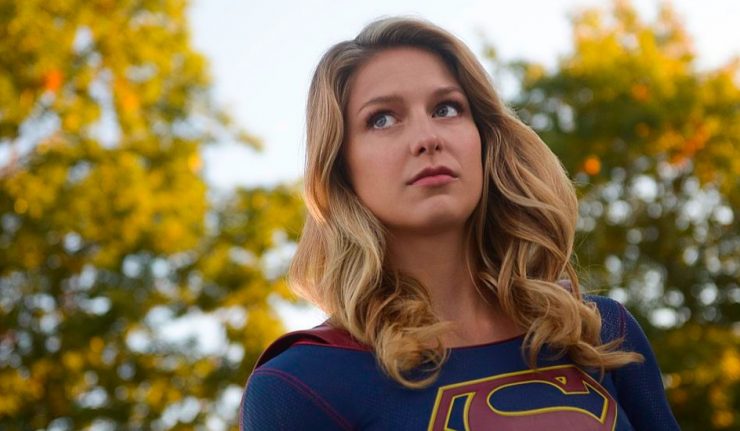 Nia has a powerful dream about Agent Liberty but refuses to look at it as a prophetic dream and pushes it aside. After noticing something is bothering Nia, Kara enlists Brainy’s help, and the two try to persuade Nia to embrace her destiny. Meanwhile, Manchester Black pays Ben Lockwood a menacing visit.

The pacing of this season is excellent so far. It doesn’t feel like there’s a wasted moment. I did not expect this episode to accomplish as much as it did plot wise. I appreciate that we have a nice bit of closure before the big crossover and the winter break. The bitter sweet ending leaves room for moving forward but there’s no gimmicky cliffhanger.

Speaking of the ending, that is a brilliant choice. I had a feeling that the show would be moving away from the D.E.O. and I was thrilled when Supergirl decided to walk away. I am so excited to see where this show goes now that it has stripped away its formula from the main character.

How Kara saves the day in the end is so clever. It’s one of the most badass things she’s done on the show and that is saying something.

Kara and Brainy being film geeks together is fun. I do wish it was more than Brainy name dropping movies and their directors but I loved Kara being so excited about the Ed Wood discussion.

Nia’s powers are interesting but I was a little disappointed. I think it may have been that my expectations were a little too high for these sequences. Kevin Smith talked about them on a recent episode of his podcast, Fatman Beyond; he described them as being horror-inspired. I can see that but they weren’t quite as stylized as I was picturing and hoping. If I hadn’t heard Smith’s comments, it probably wouldn’t have been a problem.

While I love Supergirl quitting the D.E.O., I literally laughed out loud at the reason. The D.E.O. doesn’t know Supergirl’s secret identity which is kind of silly. I’ve always had the impression that literally everyone there knew. Maybe just the President and Colonel Haley don’t know. It works fine; I just thought it was a little funny.

This is a great episode. Supergirl being stuck between these two extremists, Liberty and Manchester, is a fun dynamic. Kara is trying to not lose her sense of self and morality as the world she knows is going to hell. The episode is intense and a lot of fun.