I must say that rarely do I enjoy variant covers the way other reviewers do, but the one done for this particular issue speaks to the character of Batman more than anything else that has ever been drawn. Mark Brooks’ artistic style feels like a painting that should be hanging in a museum with a level of detail that is astonishing. He renders the tragedy that comic book fans worldwide know of Bruce Wayne’s genesis into becoming Batman into a pure work of art. His drawing of Bruce’s parents’ moments after their death converging with the blood filled reflection of the reality of his other self, Batman, is breathtaking. 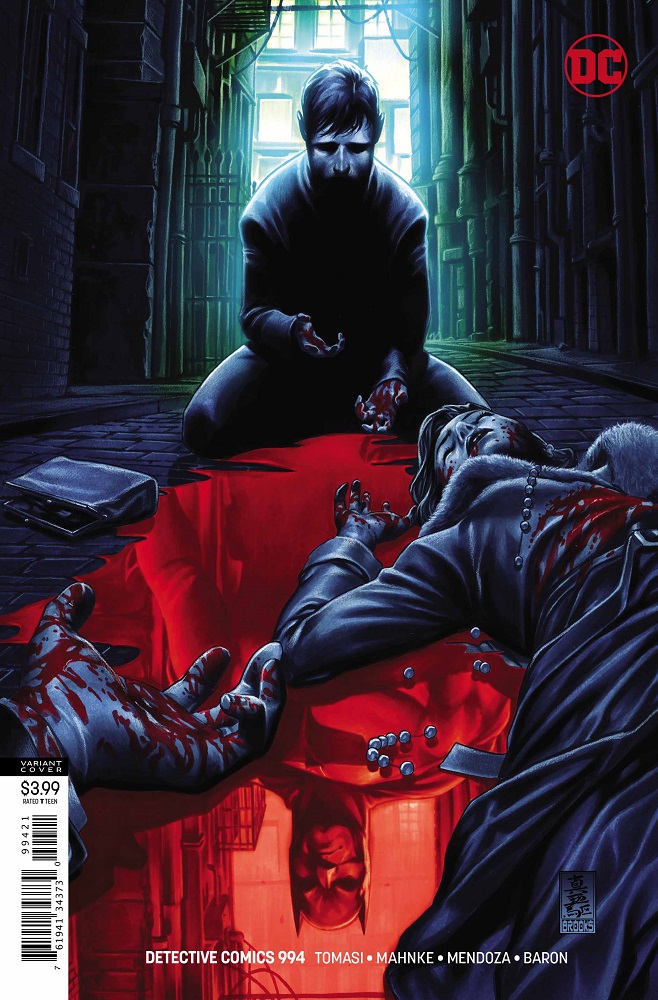 What Tomasi writes in this first arc since he took over for the book is a reintroduction to the character, as every creator who comes to the book has both felt a need to put their imprint on the character and sometimes, like with Tomasi and Mahnke, feel a need to share what they love most about the character. For Tomasi and Mahnke, this is their seeming fascination with his origin story and how it is tethered to both Batman and Bruce Wayne. This particular case is one of reverse psychology, as someone is trying bait Batman, knowing who he really is, by making clones of the dead bodies of his parents. This is an interesting story device, as it both explores the character and the character’s overall motivation, which not only entangles Batman, but also Commissioner Gordon.

The end of this issue gives the reader quite a different origin story for another character, which is something I wasn’t expecting, as the story seems like it was going somewhere familiar. The end is not exactly shocking but definitely surprising, as it serves as a good jumping on point for anyone who hasn’t read the book in a while. 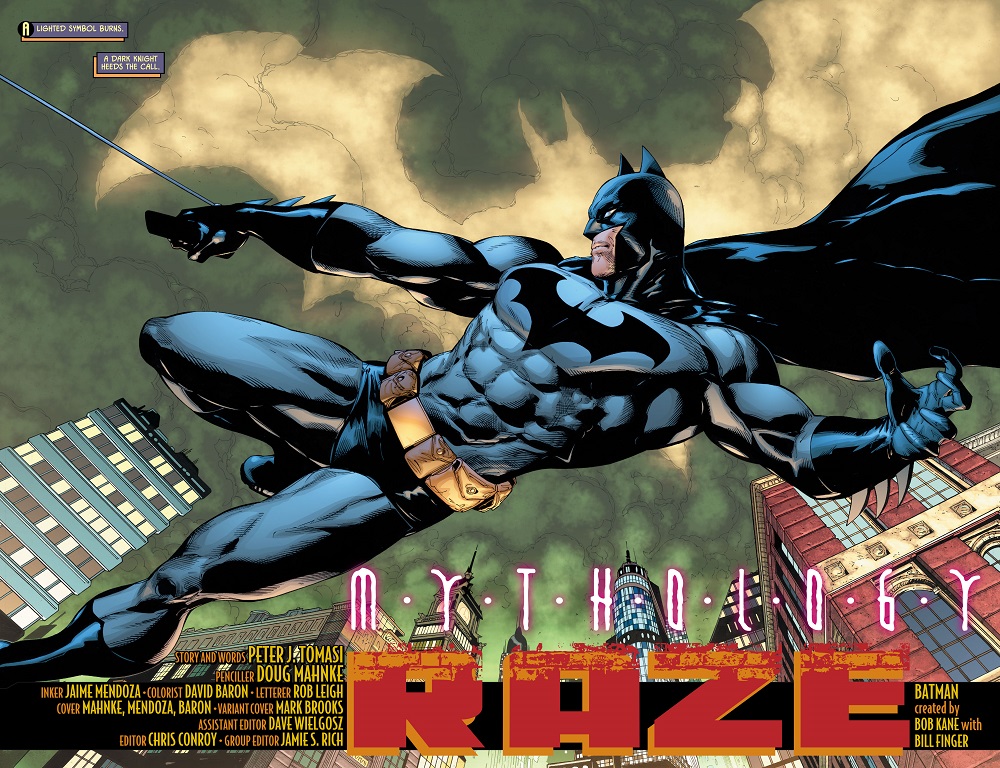 There is nothing negative about this issue as it is a masterpiece that deserves to be re-read as many times as possible.  Tomasi and Mahnke both remix what we have come to expect from this book, while also staying true to the spirit of it.

The story by Tomasi is engaging and introspective enough for readers to get a better understanding of the character. The art by Mahnke is alluring and gives the book a nice uplift from the last few artists. Overall, a great issue that makes the book exciting again in a way that makes you love reading Batman.