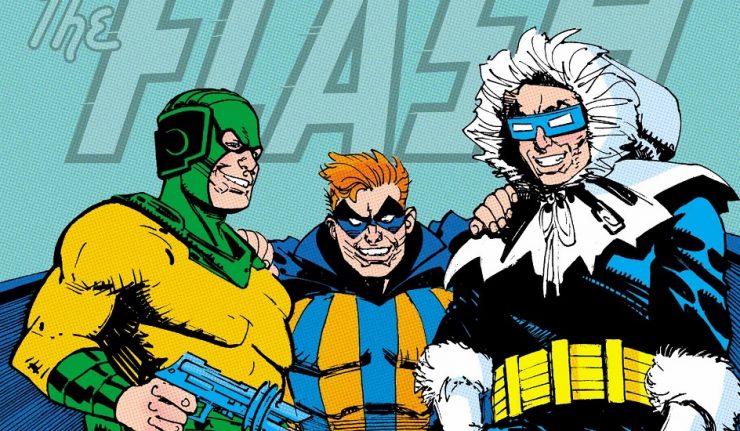 When the “Force Quest” arc first started, many were skeptical as to how writer Joshua Williamson would integrate these new and strange Sage and Strength Forces into the fabric of the DC Universe.  Now that the arc is coming to a close, it is safe to say that with the help of the fabulous artists Rafa Sandoval, Christian Duce Fernandez, and Mink Yu Jung, the “Force Quest” arc has created new and original characters to help introduce the forces to the Flash mythos in an exciting way, while revealing more about Barry himself.

In the last issue, Barry was discovering more about new Sage Force user Bashir from Zandia while helping him investigate criminal activity there when Bashir betrayed Barry instead, that is, until Gemini attacked and tried to steal both of their powers!  From the looks of this exclusive preview, it seems like Gemini may have succeeded.  Also, where is Commander Cold and Detective Burns’s investigation taking them?  Check out the preview below to find out!

Looks like Flash and Psyche are in some serious trouble!  How will they get out of this situation?  Read the solicit below and be sure to pick up the issue when it hits stands!

It’s two against one when Gemini tag-teams the Flash! The threat is doubled for the Scarlet Speedster when Gemini gets their hands on the Strength Force. But where’s that leave Powerhouse? She and the Flash must ride or die together in order to get her super-strength back, but they’ll have to survive a trip through the Strength Force first. Follow along in the Flash’s footsteps on the next leg of his Force Quest!

The Flash #63 is available in stores on Wednesday, January 30th.