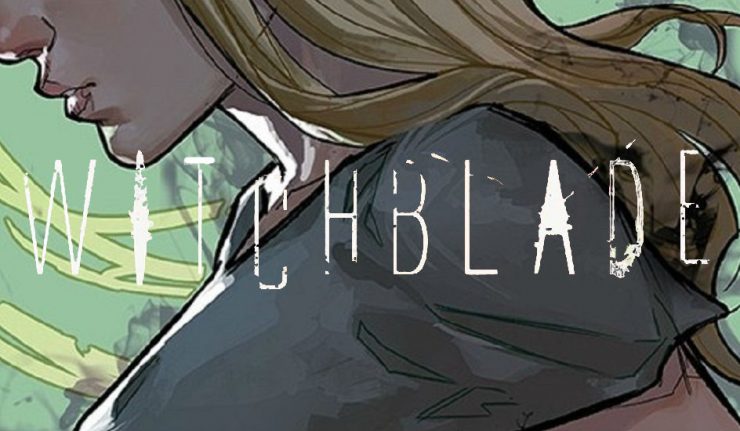 “Mystical weapon with a mind of its own, and a bossy voice inside my head.  We are both riding in MY body and its had for the night.  So either help me limp to the subway or hush! ” – Alex Underwood/Witchblade

Alex Underwood’s life began anew the night she was gunned down and left for dead on a New York rooftop.  She became host to the Witchblade—a mystical artifact that grants extraordinary powers to the woman who
wields it—just in time to avert a disaster of demonic proportions.  But now it seems breaking a demon’s stranglehold on the city was only the beginning for Alex and Team Witchblade.
Now, someone much worse than a demon wants the artifact—and they’ll do anything to get it.

This Witchblade Volume 2 Trade Paperback is a compilation of issues 7 – 12 of the Witchblade series where Alex is in a struggle with a rich and evil woman names Artemis Fallon who wishes to take the Witchblade from her.  Ultimately, this battle plants the seed (blood magic) to erode Alex’s bond with the Witchblade and for the magic of the Witchblade to have been transferred to another host.  The actual Witchblade does not sever from Alex, but the magic leaks to a new host and provides the formation of a new soldier in the battle  – The Shadowblade.  Add to this scenario, the first man Alex loved has come back from the dead and is working for Artemis.  Artemis has also taken Alex’s best friends hostage and the Witchblade is the ransom.  Hold on as it gets worse before it’ll get better!

Witchblade is a powerful concept in the comic world.  As Alex pulls back the curtain and provides a synopsis of “Tell me if you have heard this one….”, she provides a jumping off point for her origin or rather her death which inspires the magic of the Witchblade to inhabit her body as well as the constant bracelet containing the power (and weaponry) to carry out….just what?  I am not sure yet.  With power comes not only responsibility but in the dark world, it appears everyone is after it!  So therefore you must defend it!

The art is fantastic and the lettering is smooth and clean so the story reads seamlessly.

Absolutely none as a trade paperback does what it needs to….it collects pivotal issues into one read so you can catch up and then get hooked!  Witchblade is a must for any Image comic owner and she is really the “Captain Marvel” of the Image world!

Again, trade paperbacks are top shelf material in that you need these to play “ketchup and mustard”.  This is a wise purchase to add to your collection!  And if you have a daughter, get her this copy.  It’s girl power with self-sacrifice and friend allegiance.  A little love and a lot of butt-kicking! 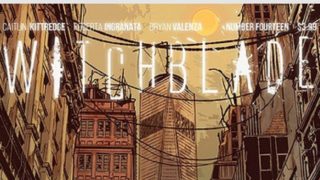 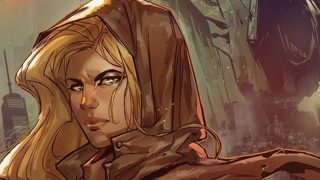