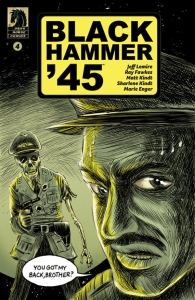 Black Hammer ’45 #4: From the world of Black Hammer comes a truly gripping tale of war and intrigue!

The Black Hammer Squadron comes face-to-face with the Nazis, the Soviets, and the aerial killer The Ghost Hunter in a final showdown to save the family at the center of the fight.

Jeff Lemire’s Black Hammer titles are populated with homages to various DC characters and concepts. However, it would be a mistake to write them off as copies of the DC properties they draw inspiration from.

There is a framing story set in the modern day, with the surviving members attending a memorial ceremony, while the main story is told in flashbacks to the final mission of the Black Hammer squadron. In Black Hammer ’45 #4, we find that Hammer Hawthorne sacrificed his life during this mission, and that the ceremony is to commemorate this. 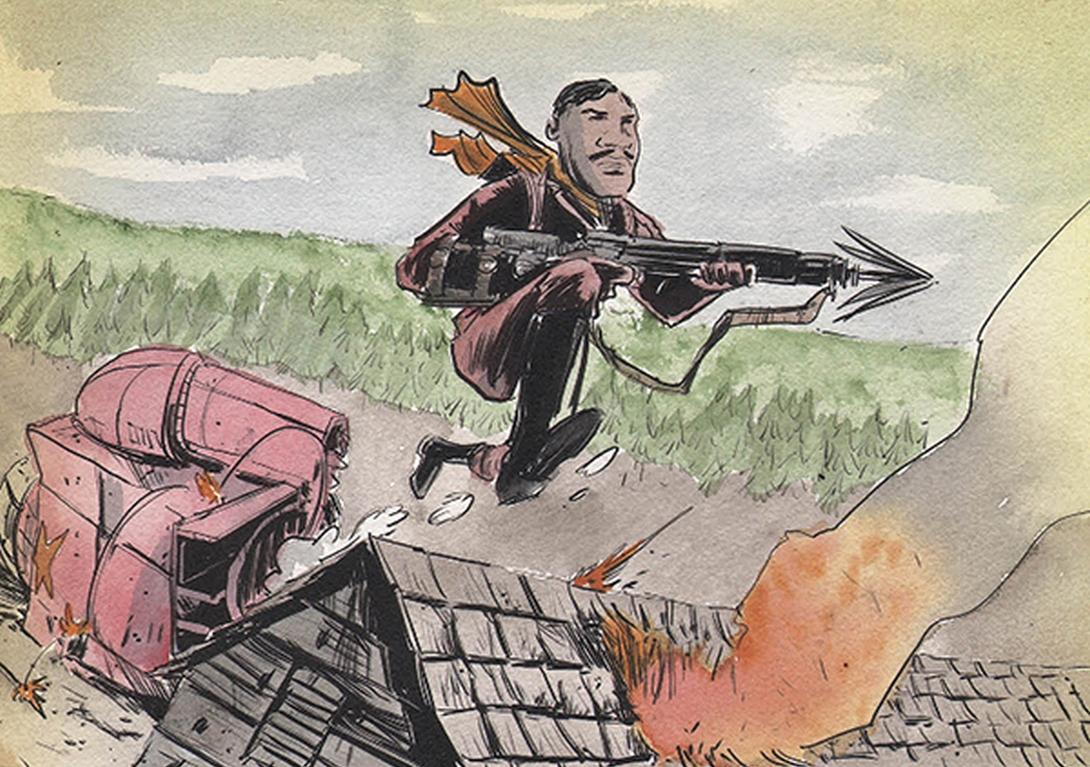 I like that this story connects to the wider Black Hammer universe. Both Golden Gail and Abraham Slam make appearances in the wartime story, while other characters attend the memorial in the present.

Also, I appreciated seeing the Squadron encountering a contingent of soldiers that were very reminiscent of Sgt. Rock and Easy Company. I am sure that there are other references I could have caught if I was more familiar with DC’s history of war comics.

I found the art style was truly a unique experience. I can’t really think of another artist with a similar style. I can see how some might not appreciate it, but I like it. It’s somewhat simple but effective. It’s not a flashy style, but it conveys the action concisely and clearly.

The only real negative is that four issues isn’t really enough time to get to know the characters better. If we had more time to become emotionally invested in Hammer Hawthorne, then his heroic sacrifice could have had a much deeper emotional impact. The tragedy of his death is still felt by the reader, but it seems more like the death of an acquaintance where it could have felt like the death of an old friend. 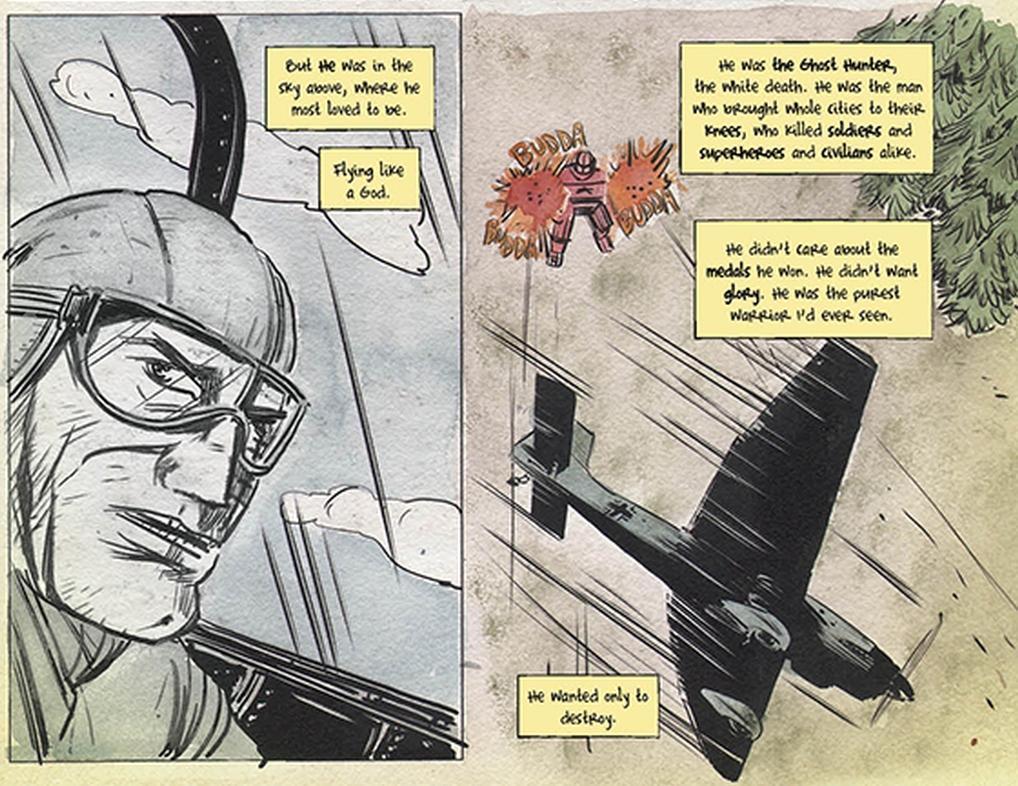 Between his Black Hammer titles and his run on The Terrifics, I have become a fan of Jeff Lemire’s work of late. Black Hammer ’45 has been a worthy addition to the Worlds of Black Hammer and I look forward to seeing what he has planned for his next Black Hammer spin-off title.