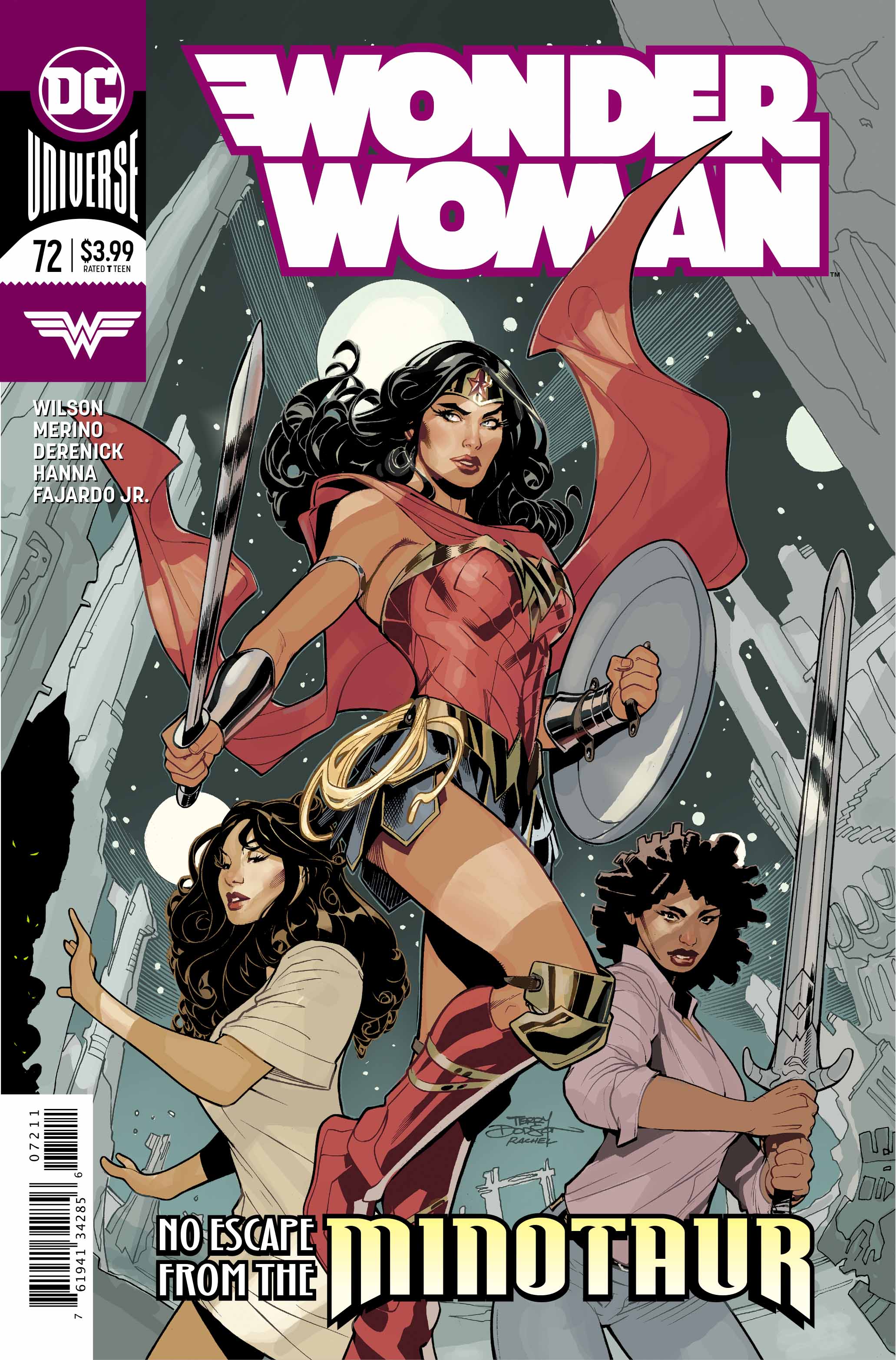 Diana and her compatriots have crossed from our world into a shattered land where no earthly feet have fallen in eons…but that doesn’t mean that everything there is dead and gone! If this is indeed the road to the lost Themyscira, Wonder Woman will face any danger to reach its end—but that doesn’t mean that those she’s traveling with will survive!

Terry and Rachel Dodson’s cover is fine. My favorite thing about it is the contrasting colors. Wonder Woman’s colors against the grey background is really cool.

I don’t really like the interior art. It’s not the worst and I don’t hate it. Stylistically, it doesn’t appeal to me. The faces look weird to me in a lot of panels throughout the book. The smiles feel especially awkward.

The story itself isn’t that interesting to me. The issue is a big action scene that serves as a way to replace Aphrodite with Atlantiades during the next section of this run. Diana’s motivations and perspective aren’t being challenged in the way that they have been for most of this run. It’s mostly crazy action which is fine but I don’t find the action particularly enthralling. Some of that is due to the art but they are fighting generic monsters. The cool factor wears off rather quickly.

This issue is okay. The art is fine for the most part. The problem is that nothing in the issue grabs my attention. There’s nothing awful or bad about it. It’s just kind of there. This run has been doing interesting things with Diana so I’m hoping that this issue was just an excuse to go crazy and have some fun with big action. And that next time Diana’s character will come back to the forefront.