Review: Spawn: Enemy of the State 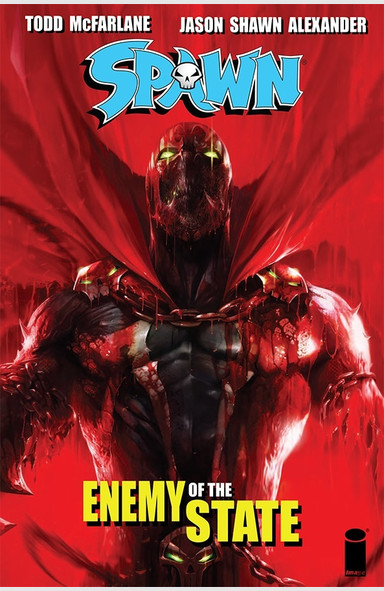 “TODD McFARLANE and JASON SHAWN ALEXANDER change the game in this new SEVEN-ISSUE collection. Trapped in a maximum security penitentiary, Al Simmons is exactly where he wants to be. But the danger is greater than he knows. Alone against his enemies, Al begins to unravel his master plan to bring Heaven and Hell to their knees, with the help of some old… “friends.” Overtkill, Cy-Gor, The Curse, and The Freak ALL return—like NEVER before! Collects SPAWN #284-290

There was an old issue of the Fantastic Four when Reed Richards has trapped Doctor Doom in a prison in outer space, and Reed guards him so as humanity doesn’t have to deal with Doom.  Doctor Doom poses to Reed Richards the question of “Who really is the prisoner here?”  We get that same feeling with Spawn as this collection of issues #284 -#290 have Spawn “trapped” in a prison and setting forth the events that should culminate in the historic issues of Spawn #300 and #301.

First of all, which comes first… The Curse or The Batman Who Laughs?  Todd McFarlane’s penciling and array of characters clearly bleed from his time on Spiderman and Batman.  Jason Shawn Alexander’s pencils are on fire when drawing this comic!  Take a look at the frame below and see if the Curse doesn’t begat The Batman Who Laughs on some level! 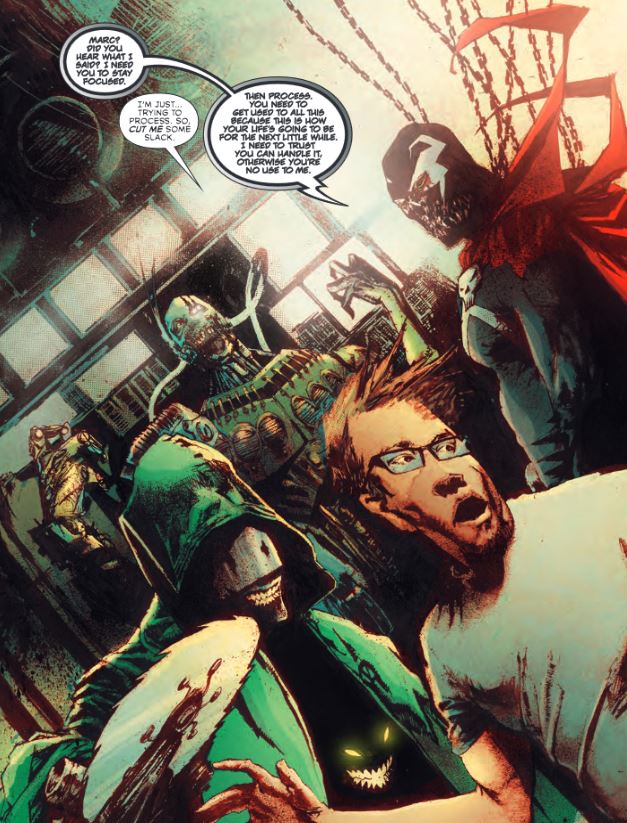 What an inventive series of issues…making all of Spawn’s enemies in his war with both Heaven and Hell his “pets”.

Todd McFarlane’s scripts hold true to even issue #1.  His use of the press and present day media is one to behold.  McFarlane knows how powerful the media is in the Spawn world (and arguably our world).  He does an incredible job of weaving in news reports and introduces Marc Rosen to aid Spawn in his power through the press.

Spawn in the White House…McFarlane’s world is his playground as he taps in and out of the fictional world of Spawn and the reality of a Trump White House.  Well played ToddFather! 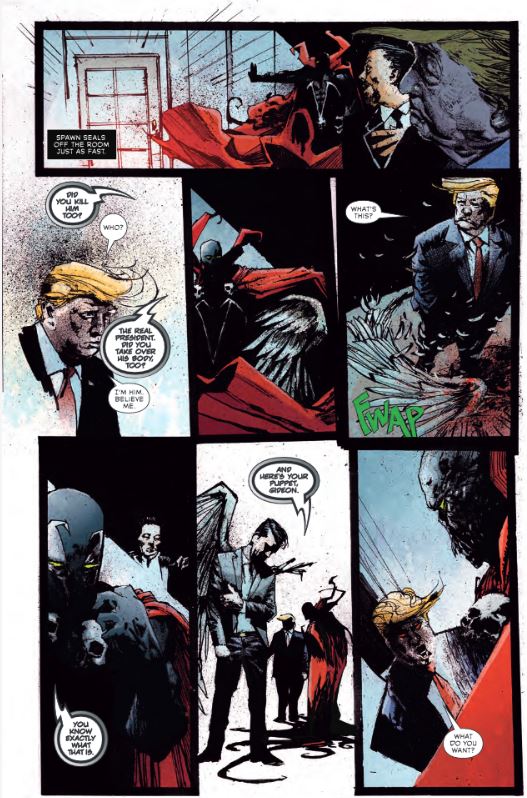 The latter pages of the comic is what everyone will crave.  McFarlane’s and Jason Shawn Alexander’s art work and alternate covers are to die for!  And the black and white renderings are the stuff an art display should be!

A seven issue arc is a big read and there is nothing new for someone keeping up with Spawn.  However, Image comics always provides a good catch up Trade Paperback to aid any readers that need to stay current or may have missed an issue or two.

This seven issue compilation catches the casual Spawn fan up to snuff on Al Simmon’s initial moves to finding out who killed his wife Wanda.  And it re-introduces some old characters with a new purpose.  However, the art at the end is the kicker.  It’s a must have for any Spawn fan!