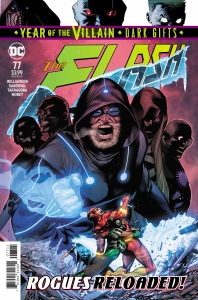 The Flash #77: “Death of the Speed Force” continues! The Speed Force is collapsing, and its destructor is here…to save the day?! The Strength, Sage and Still forces have placed a dangerous strain on the force that empowers the DC Universe’s super-speedsters, and the Flash is about to face the impossible choice of saving his friends’ lives or losing his powers forever!

There are two stories being told in this issue: the Death of the Speed Force as the main story while the Year of the Villain story is relegated to a subplot.

The Flash has recently committed to building and repairing relationships with his friends and allies. He has started with Kid Flash and the Flash of China, but the events of this issue force him to attempt to mend fences with the other Force users. Specifically the Strength Force user Fuerza and the Sage Force user Psych.

I found that Fuerza has some interesting insights about the Flash and Steadfast: “You’re still on the move. Rushing to save the day. You act like standing still is a bad thing. But your friend there… he takes his time to help people. Sees what happens with the fight is over. Now that’s someone I can trust.” This nicely illustrates the difference in approach that the Speed and Still Forces inspire in their avatars.

Also, it’s interesting that the Strength Force feels an affinity for the Still Force, but an antipathy to the Speed Force and its avatar, Barry Allen. We have been told that the Forces have been at war in the past, but is the interaction more complicated, with alliances and enmities?

When the three confront the Sage Force user Psych, he has an entirely different reaction. He takes mental control of Steadfast, intending to use the other three as bait to distract the Black Flash. 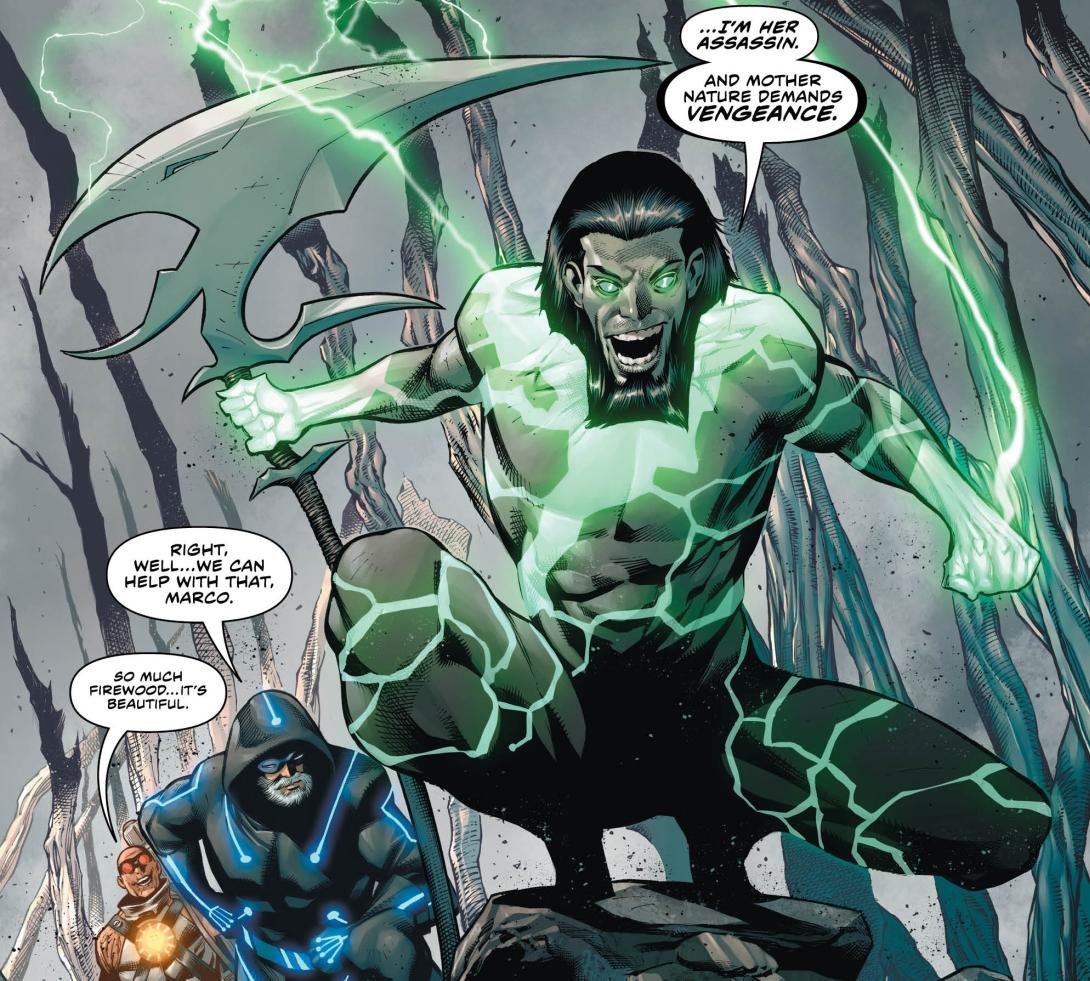 It will be interesting to see if Barry can bring the four of them together as a team, or whether the Forces are fated to always be in conflict. And what happens if the Black Flash kills any of them? Will the Forces choose another avatar or can the Black Flash eliminate the Forces, locking them away again?

The Year of the Villain subplot shows Captain Cold and Heat Wave visiting a burned out section of the Amazon jungle to enlist the Weather Wizard into the new and improved Rogues Gallery. Recent events in the real world Amazon make this meeting eerily relevant.

Also, Weather Wizard demonstrates that he is a much more powerful villain than he seems. Although Lex Luthor has augmented Captain Cold’s technology, Weather Wizard doesn’t need any such improvements. However, he seems somewhat less mentally stable, which makes him more dangerous in a different way.

Captain Cold is still putting his team back together, but the story is clearly building up to a battle between them and the Flash. I look forward to seeing this confrontation. With their increased power, the Rogues will pose a bigger threat than ever have before.

I do find it strange that Fuerza seems to dislike Barry as much as she does. His actions in their previous dealings don’t seem to justify this reaction. However,  it might be that she’s being influenced by the Strength Force’s reaction to the Speed Force. If this is the case, then this distrust makes sense, even though it seems ill-deserved. 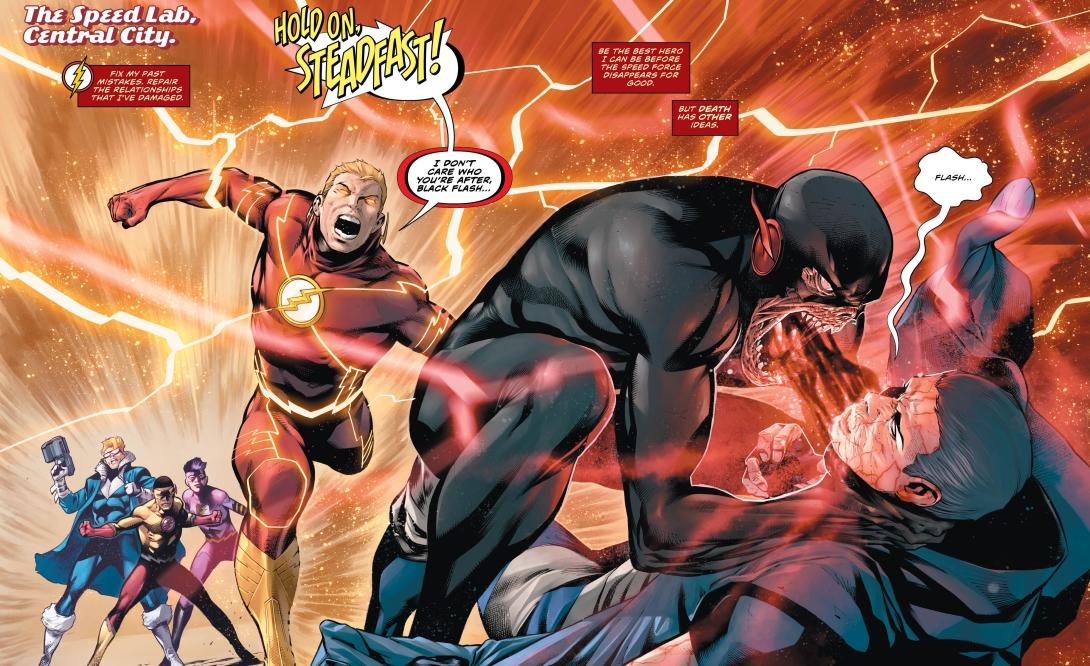 In the Flash #77, we see Williamson skillfully juggling two storylines, moving the plot forward for both. Barry’s clearly about to be put through the wringer, facing one crisis while another is brewing. I’ve Williamson’s work on The Flash, but he has brought the title to a whole new level.