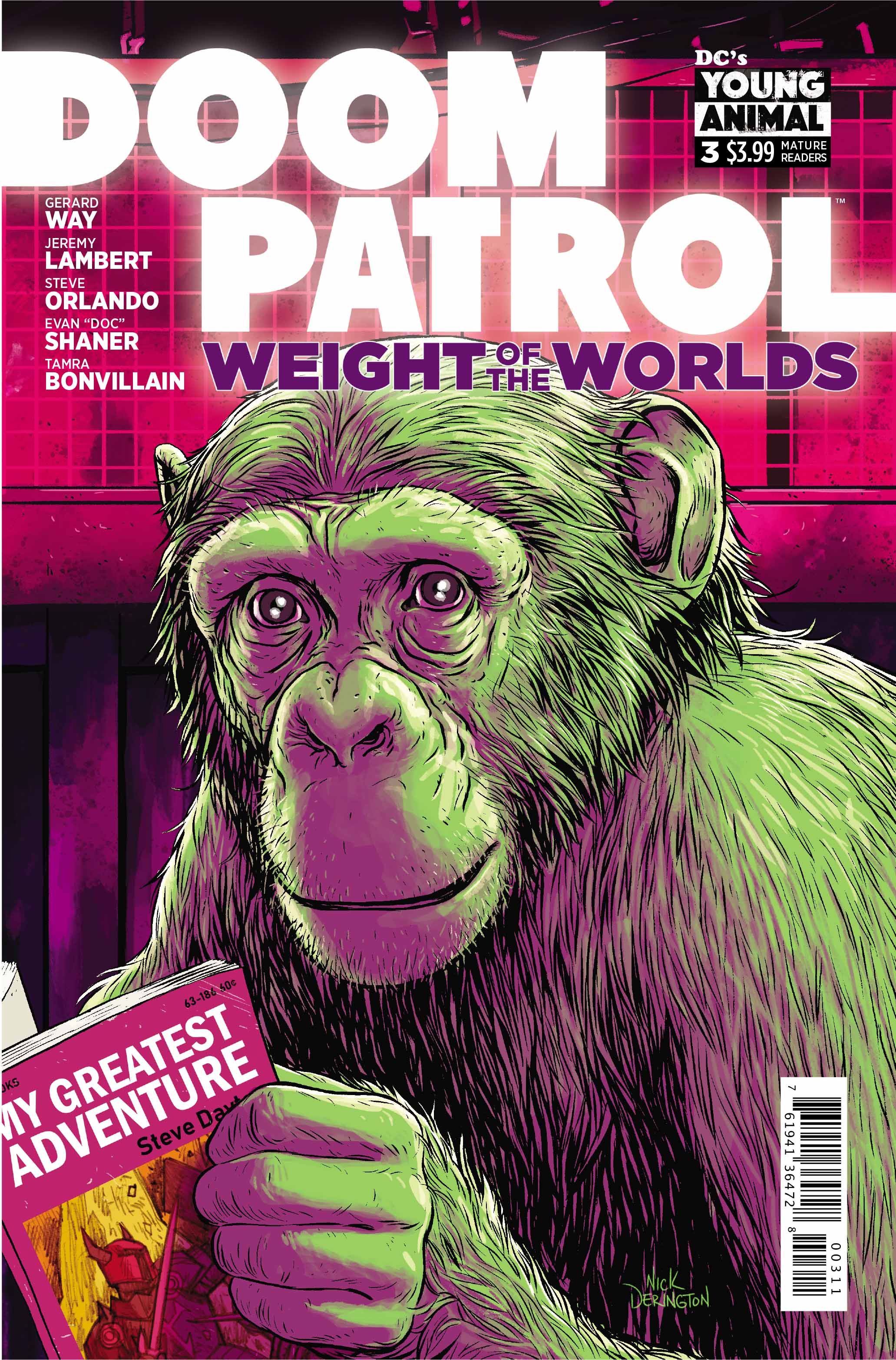 The team finds itself in a bizarre future and they are on the trail of a murderer.  Their search leads them to Garfield Logan, aka Beast Boy and member of the original Doom Patrol.  Gar gives them the bit of information they need to make things even weirder!

It’s not that unusual to start a story at the end and work it backwards.  Nor is it unusual to drop the reader right into the middle of a mystery.  Doom Patrol: Weight of the Worlds #3 begins in the future, a very bizarre future while the team investigates a mystery.  It turns out the real mystery is how the team got there in the first place.  Structurally, this approach very well because by the end of the issue, the reader is back in the familiar world despite the mystery still being unsolved. 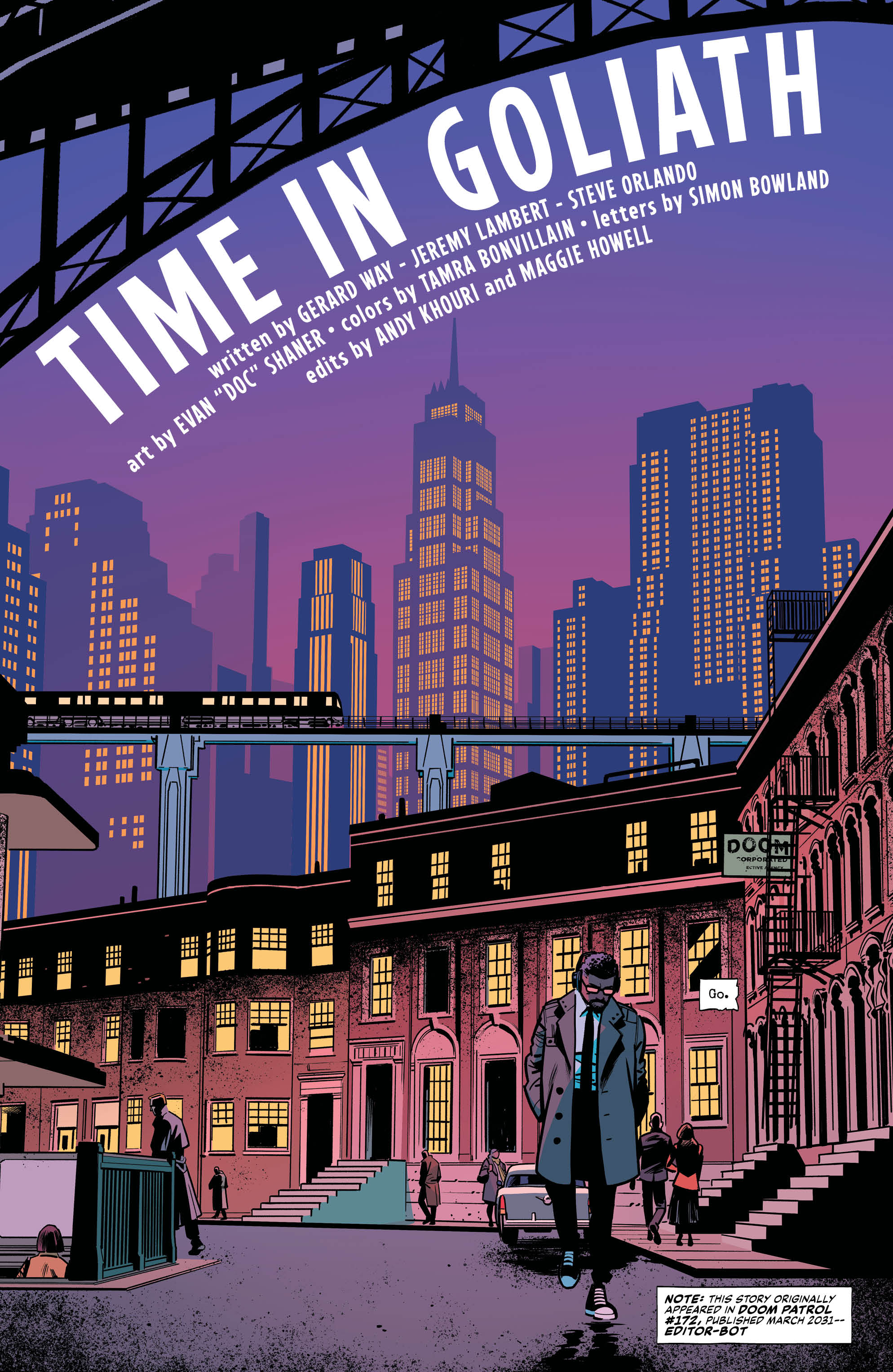 The future world is so interesting as it not only demonstrates some drastic changes in characters, but leads the reader in a fun and clever way.  To begin with, this story apparently was first published in Doom Patrol #172 (March, 2031)!  It plays as if the comic itself is from a future time.  There are other footnotes to other issues which reference some of the major changes the characters have gone through.  This technique is an absolute joy to experience.

Seeing Garfield Logan back in a Doom Patrol comic is a wonderful nod to the team’s history.  He’s probably more known as a Teen Titan, but he made his first appearance with the team in Doom Patrol #99.  No need to give away everything, but he’s not the only familiar face to appear in Doom Patrol: Weight of the Worlds #3. 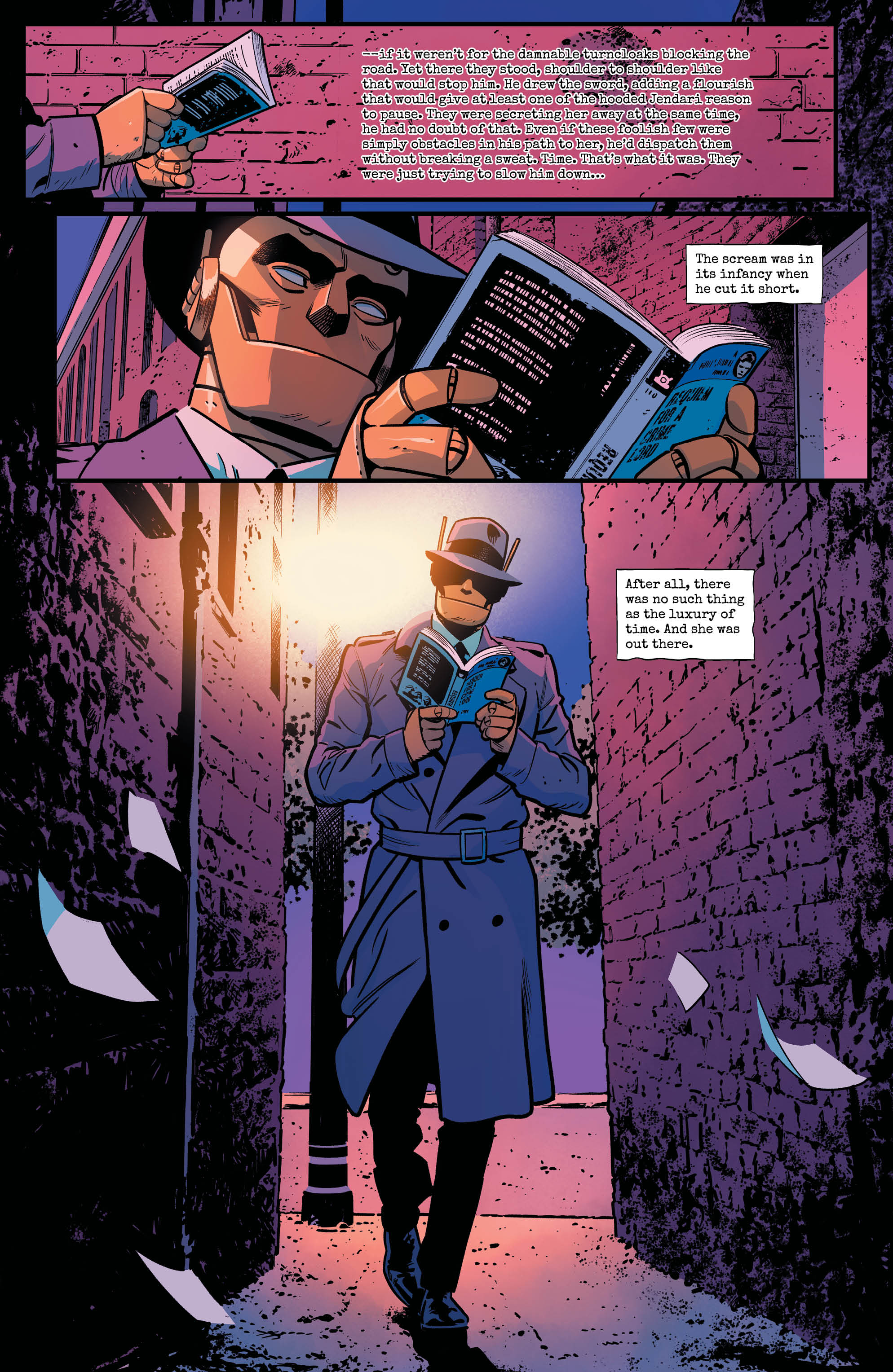 Evan “Doc” Shaner provides the art for this issue and his style fits well with Nick Derington and James Harvey.  Readers will remember that Derington is the principal artist for the previous “Young Animal” run on Doom Patrol, while Harvey handled the first two issues of this series.  they all have a fun playfulness to their work which belies the often very serious emotions in the stories.  Perhaps, the person most responsible for keeping a consistent visual look is colorist Tamra Bonvillain.  Her palate is unique and she consistently maintains the appearance of the DP’s world.

Nary a negative abound in this issue. 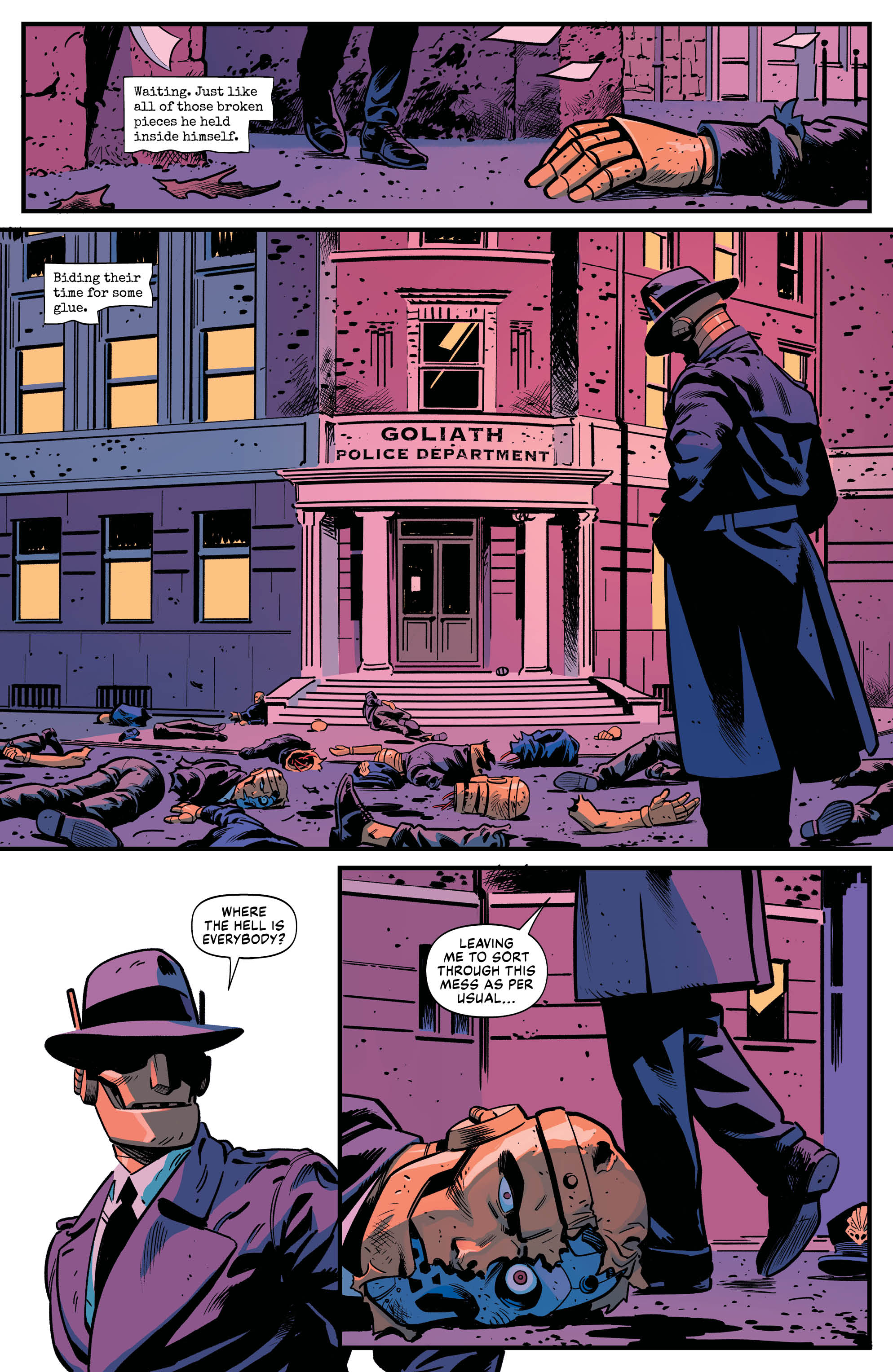 Doom Patrol: Weight of the Worlds #3 is another fun, engaging, weird adventure with the original misfits of the DC Universe.  While a break from the deeply emotional story in last issue, Way and company keep the reader entertained with another unique approach to storytelling that surely promises an equally entertaining and inventive follow up next month as the team will have to deal with the information they’ve uncovered.