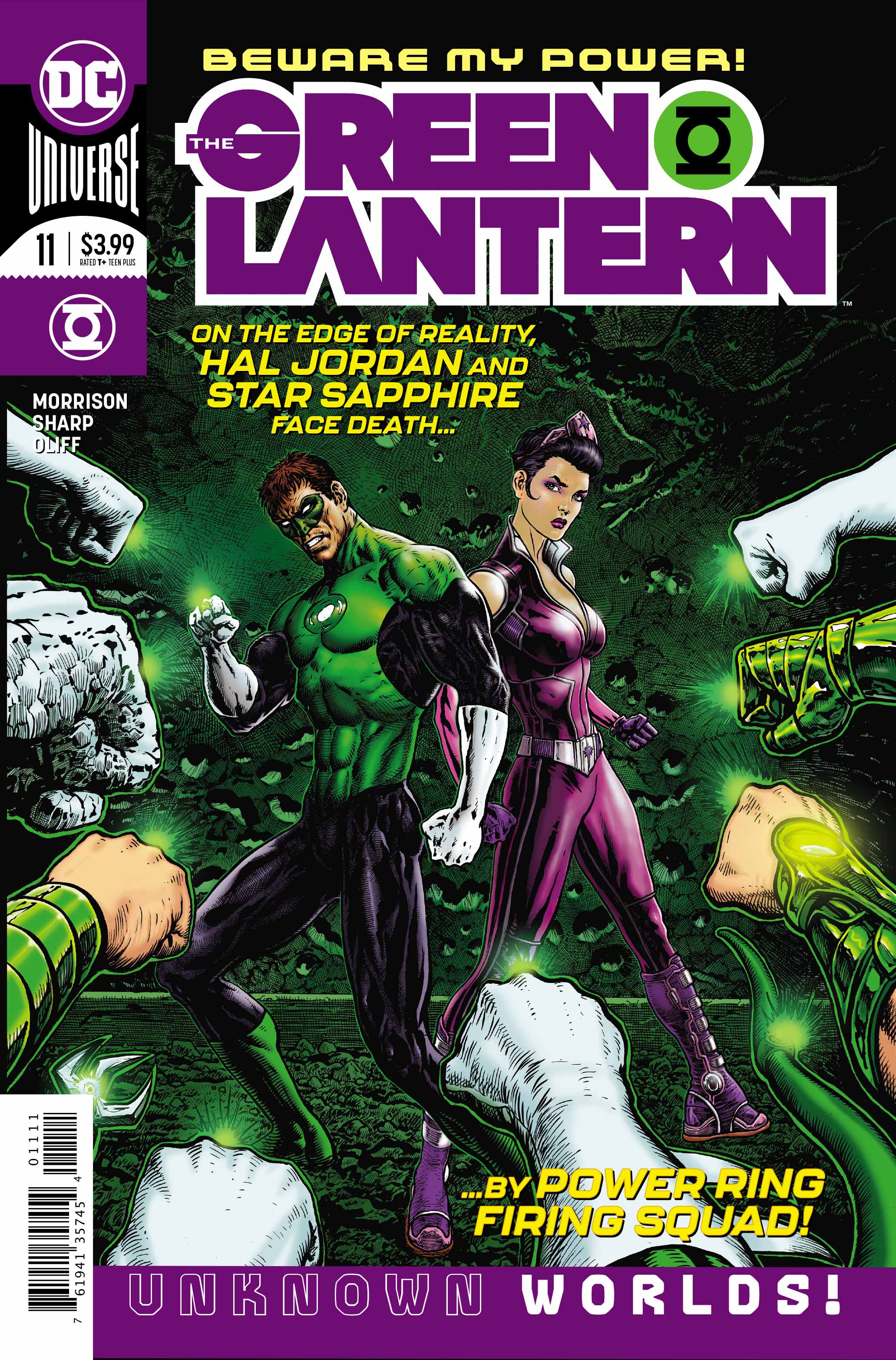 Hal Jordan teams up with Star Sapphire (Carol Ferris) of Earth-11 to defeat a cosmic Don Quixote, while back in Universe Zero, a team of Green Lanterns comes face to face with…, and it turns out it’s all a harbinger of the return of the Qwa-Man!  Qwa-Man?  Return…? (see issue #9, he was killing the Superwatch)

Grant Morrison wrangles a veritable legion of Green Lanterns this issue as well as a number of other characters.  While he wraps up the strange situation with the giant cosmic Don Quixote (Zunderwell, self-proclaimed Golden Lantern), it is really the interesting character bits between Hal and Earth-11 and the Bat-Lantern that stand out the most. 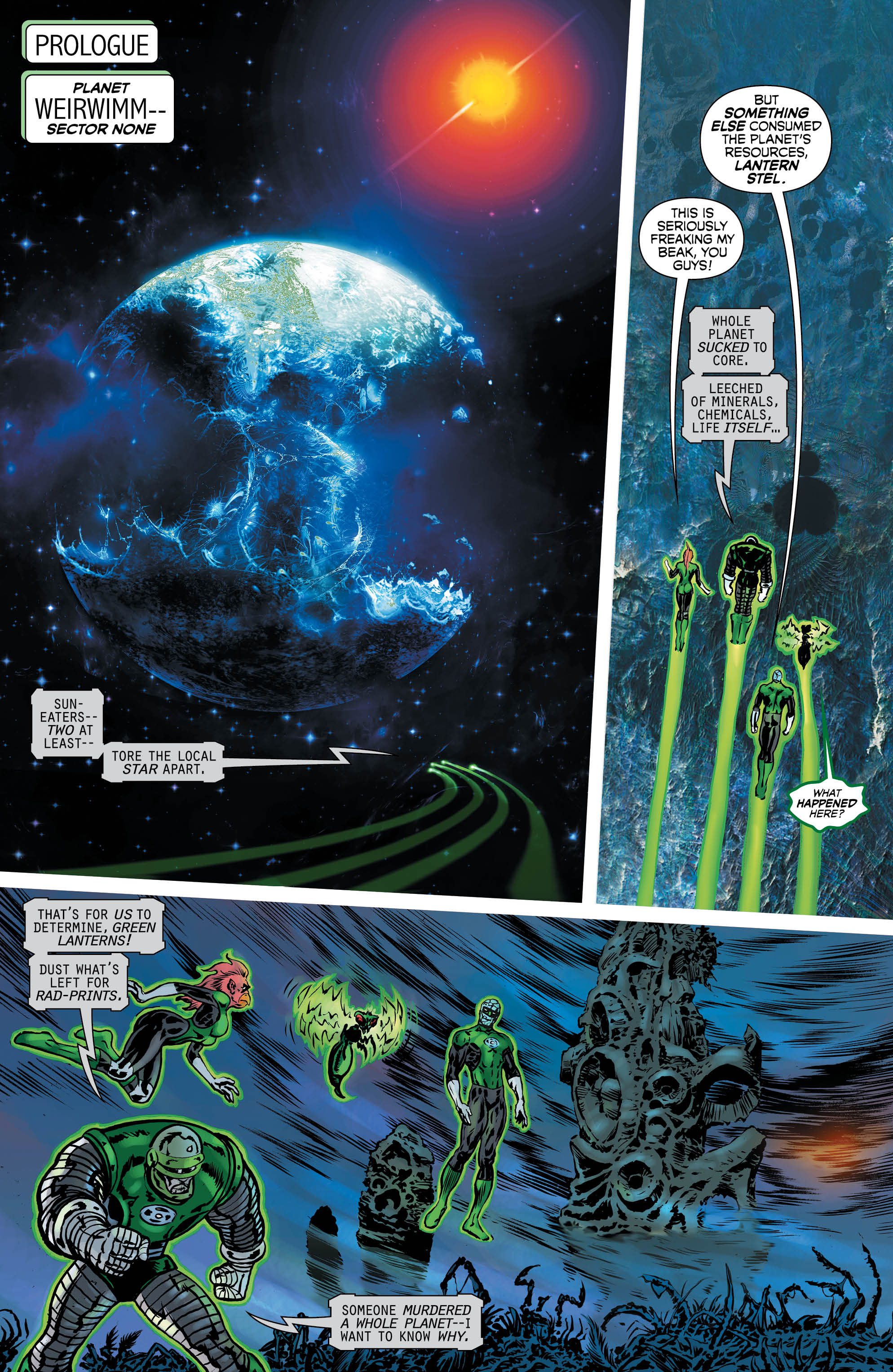 Using the Don Quixote metaphor for Zunderwell is a clever bit that easily communicates exactly what is going on with this character.  It not only moves the plot quickly, but it gives Earth-11 Carol a quick idea for a solution to take him down.  It is interesting to see Carol have the upper hand on Hal, as throughout the execution of her plan he still makes suggestions that his plan will work.  It’s a little bit of humor that works nicely, the best line being Hal’s offer to start by punching the Bat-Lantern.

Seeing Hal interact with this Carol is quite revealing.  One can only imagine that Hal’s Carol feels the same way that Earth-11 feels.  There’s probably a little bit of metatextual quality to this interaction as Hal and Carol have long been associated in the comics and no matter what always seem to find themselves back together.  There’s never been a final break.  Even in this current title, there’s an allusion to another yet unexplored break up.  Earth-11 seems quite smart as she quickly keeps Hal at a little bit of distance, aware of the trouble an inter-dimensional relationship could have. 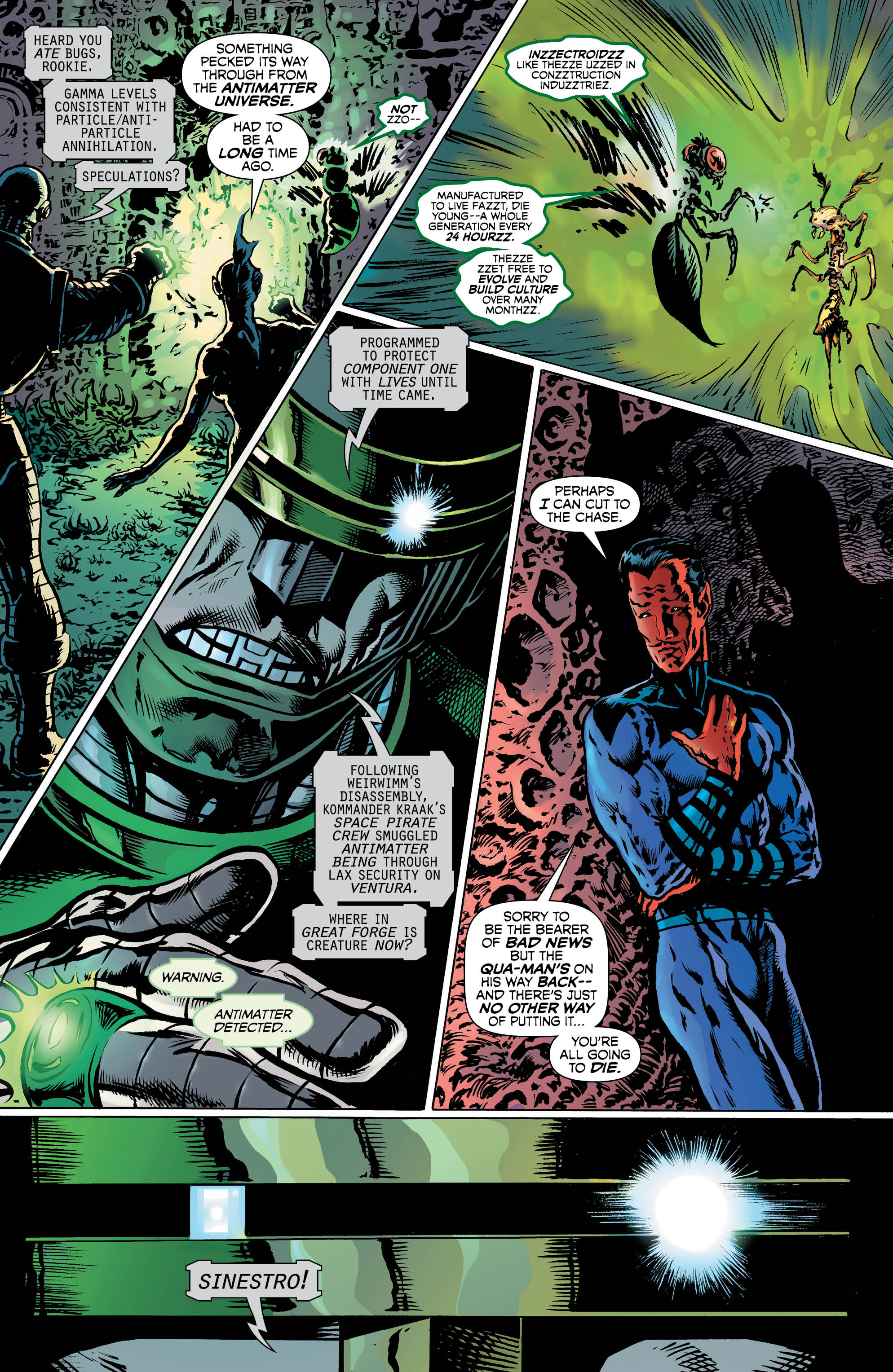 Lastly, as Hal acknowledges the similarities of Bat-Lantern to the Batman of his own universe, it not only functions as a humorous moment, it also says a lot about Hal’s own character.  It’s not surprising that Bruce and Hal would see things differently and have grossly different approaches the world.

The plot in this issue turns quickly.  Sometimes Morrison’s writing leaves a little to be desired as his exposition is often nil.  There are a couple of moments where things happen at such a pace that the specifics of the action are indeterminable.  This takes away from the enjoyment of the mechanics of the story. 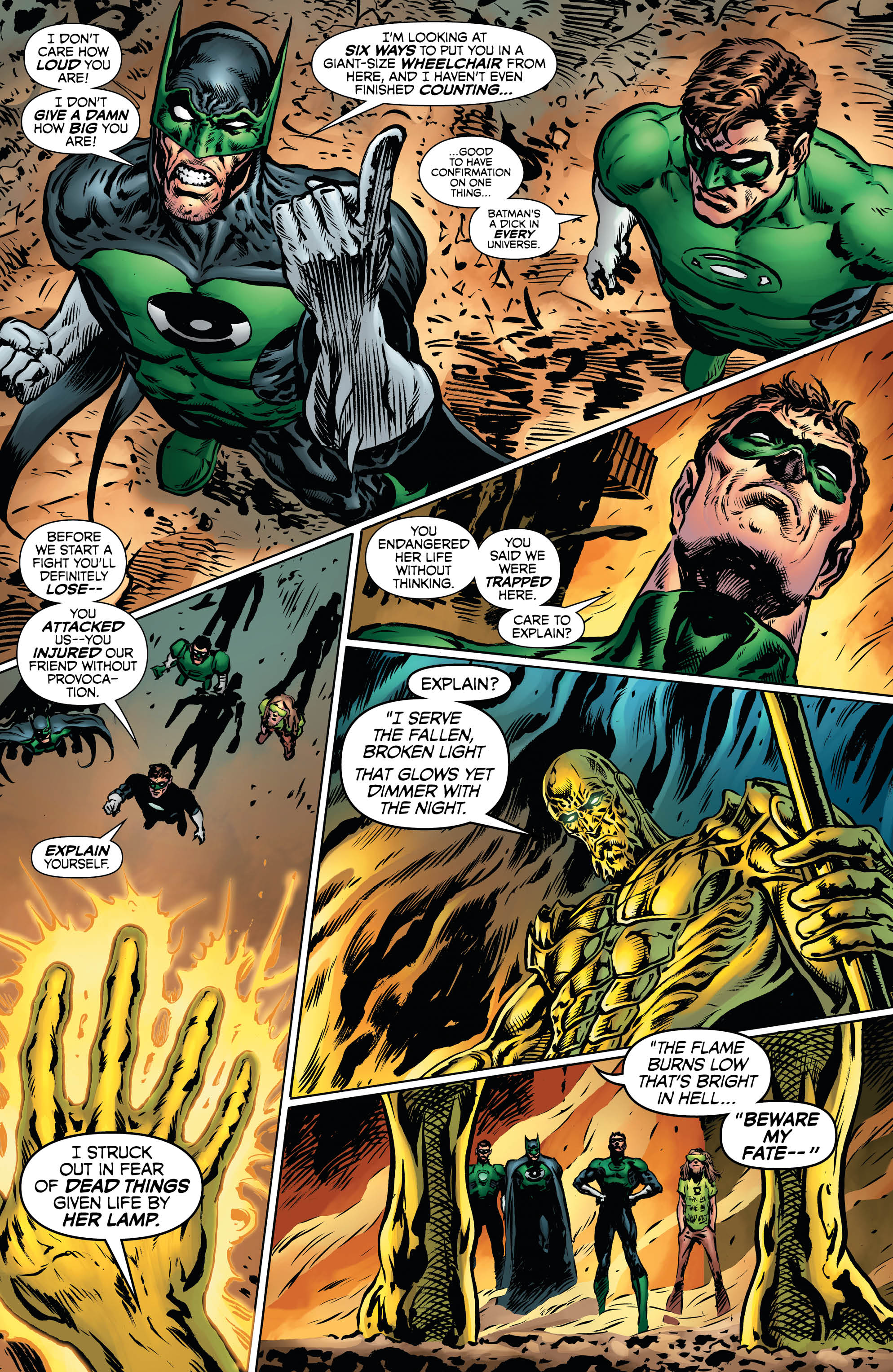 Also, with the large cast he’s using, Morrison relies a little too much on dialogue to fill in the reader.  One almost needs a scorecard to keep up with the various characters.  I’ve likened Morrison scripts to research project, and while this issue didn’t yield anything substantial, the large cast and multiple theaters of action would’ve benefited from some of that exposition.

We all know something big is coming next issue…and The Green Lantern #11 gets us there.  It’s just not as outstandingly as it could be.  Still, there’s strong characterization.  The examination of the Hal/Carol dynamic is worth the read alone.  Next issue should be a doozie as it pulls together the three different plot lines that have been going since issue #9.