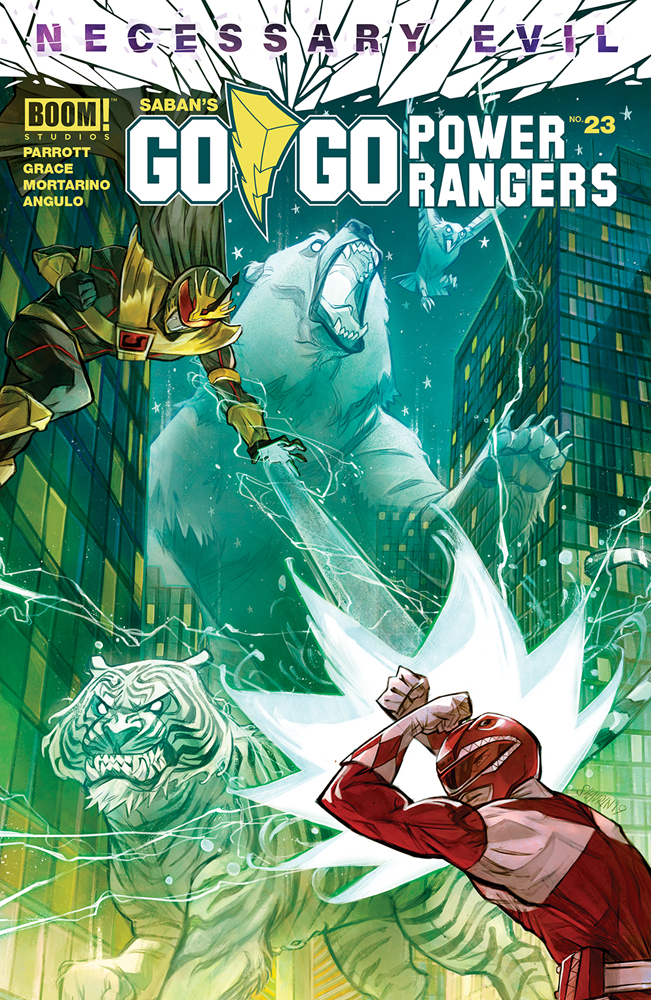 As the Mighty Morphin Power Rangers struggle to save Angel Grove from the fearsome War Bunny without Jason, the Blue Emissary forces the Red Ranger to confront surprising villains from his Shattered Grid past and shocking Necessary Evil future—kicking off the events that will result in the creation of a brand new team with a secret mission to save the galaxy—the Omega Rangers!

The interior art is really good. One of the main appeals of these Power Rangers comics is that they can be more character driven and tell better stories without having to sacrifice the iconography as the 2017 movie felt it had to. The book is vibrant and colorful. There’s a real energy. Additionally, Francesco Mortarino draws teenagers that look like teenagers which is cool. 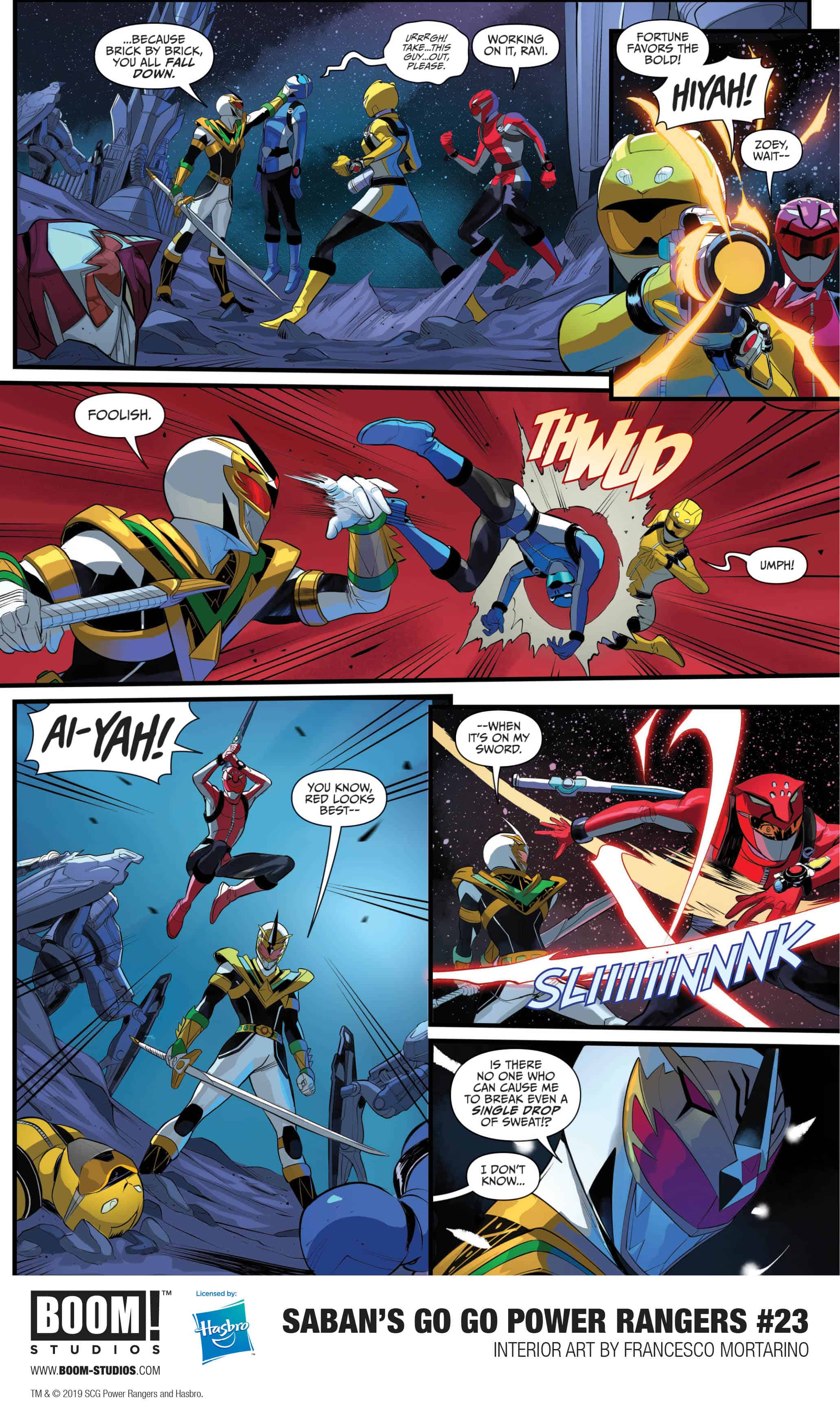 Warbunny is hilarious. It’s a perfect Power Rangers monster. The action is great throughout both with and without the Zords. I like that we get to see the Rangers fight in their individual Zords since that rarely happened on the show. It’s a lot of fun.

I like that Zedd is focused on creating monsters that are personal to the Rangers. In the show, the villains always knew the secret identities of the Rangers but never did much with it. I like that there are personal consequences with the Rangers here. Trini volunteers on the side. It’s something she does to relieve stress and it’s enjoyable to her. She decides to stop at the end because Zedd targeted the center due to her connection to it. That’s good superhero drama; there’s an element of sacrifice which is made worse when one remembers that these are teenagers. 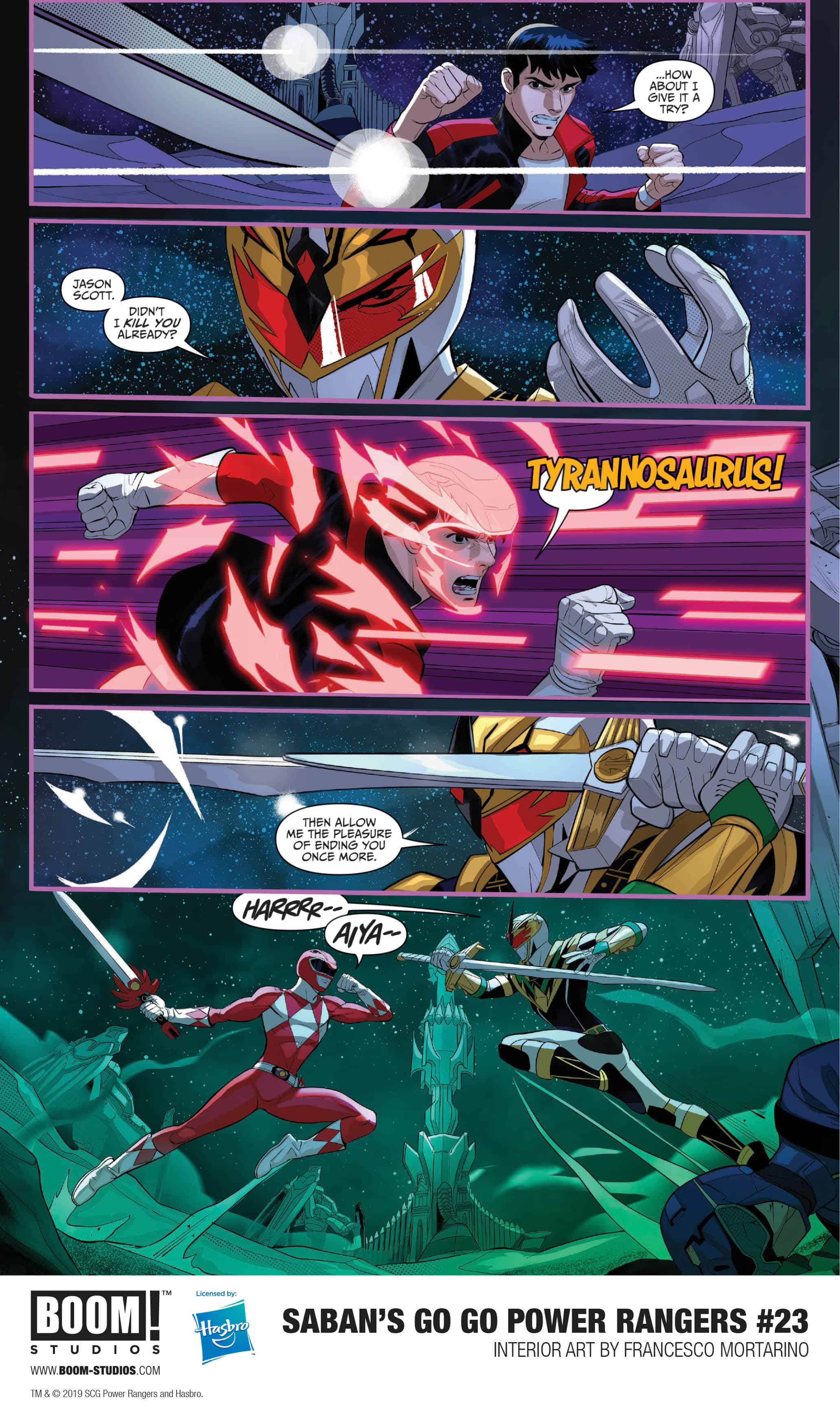 I’m not a huge fan of the cover. It looks really good and Jason fighting Drakkon is obviously cool. But the spirit animals seem a little out of place. Maybe they’re trying to set up the ninja powers. Or it could be an element of the series that I’m unfamiliar with.

I don’t love the idea that the Rangers can’t beat Warbunny without Jason. It’s a common trope with Power Rangers in which a weird amount of importance is put on one particular Ranger, usually the red or sixth ranger, to the point that the others feel useless without that person. It’s a minor quibble but it’s always been one of the more obnoxious elements of the show.

This is a great issue. The Power Rangers comics manage to take the best parts of the show and represent it well if not better since there are no budgetary limitations. And then the creative team puts layers and character depth on top of the cool action and imagery. These are fun and interesting characters and I love seeing them fight a giant bunny.