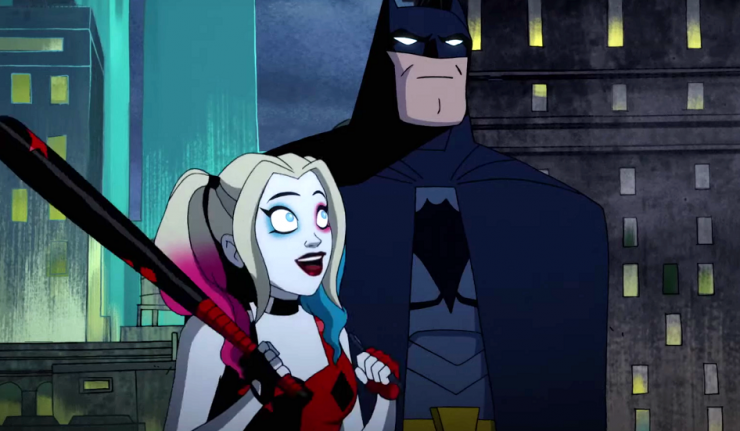 Although one could say that DC Universe’s Harley Quinn series has essentially been about the rivalry shared by the Clown Princess of Crime and the Joker, the first season did feature a fair amount of guest stars. And from the look of it, the show’s sophomore run will broaden well beyond the confines of Gotham City.

In a recent interview with ComicBook.com, showrunners Justin Halpern and Patrick Schumacker teased what’s to come, with Halpern dropping this whopper:

“There is one. There’s one huge, huge DC character that plays a pretty big part in the back half of the season. Well, let’s just say, in the trailers, there are Parademons… So, you know who comes with Parademons.”

Should Darkseid indeed show up – and he probably will – I imagine that he may not be the world-ending threat he normally is, as I suspect portraying him as being too straight-faced would stray from the show’s overall tone. Regardless, one has to wonder if the producers looked to Harley’s journey to Apokolips as told in Sam Humphries’ comic book run for inspiration.

Even though a third season has yet to be ordered, ideas are currently swirling, as Halpern also said:

“But as part of the, ‘Hey, look at us. We’re this little show that’s doing pretty well. We have sent a one page… Just not even a synopsis but more of a setup for what could be season three. And so, we have thought about it, but that’s not to say that it could change entirely once we get a writer’s room going, if we are lucky enough to get a third season pickup. It’s all to be determined.”