Mort Drucker Passes Away At 91 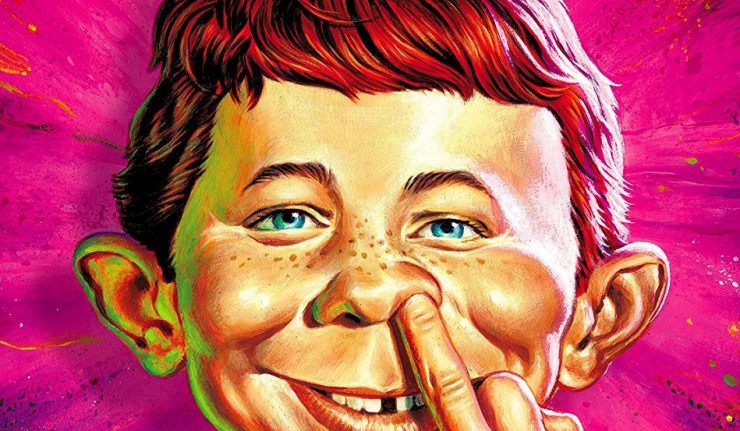 For those of us who grew up on Mad Magazine the work of Mort Drucker left an impact. His caricatures are almost as iconic as Alfred E. Newman. Sadly the comics art legend has passed away at age 91.

Born March 22, 1929 in Brooklyn to Edward and Sarah Drucker, the future cartoonist went on to attend Erasmus Hall High School – where in addition to getting a diploma, also met his future wife Barbara Hellerman. Drucker broke into comics at 18, assisting the work on Civil Service Publications’ Debbie Dean, Career Girl based on the recommendation of Will Eisner. He soon found work at National Periodical Publications – which went on to become DC. He first worked on-staff as a retoucher, but later went back to being a freelancer  – working for them, as well as Dell, Atlas, and others.

In 1956, Drucker made the fateful decision to join “the Usual Gang of Idiots” at Mad magazine – coming on just as Al Feldstein took over as editor from Harvey Kurtzman. He quickly helped Feldstein expand the humor magazine’s satirical comics on TV and films of the time, and his work there codified the now-common tact of movie parodies.

In addition to his Mad work, Drucker drew several other projects including The JFK Coloring Book, and the 1980s comic strip series Benchley, and the primary poster for George Lucas’ American Graffiti. His illustration for a 1970 Time magazine cover “Battle for the Senate” eventually landed in the National Portrait Gallery, where it remains today.

In 2014, the National Society of Cartoonists’ named Drucker as its annual Medal of Honor reciepent for lifetime achievement.

Drucker is survived by his wife, two daughters, and three grandchildren.

Farewell Mort, from all of us who lives you have touched!