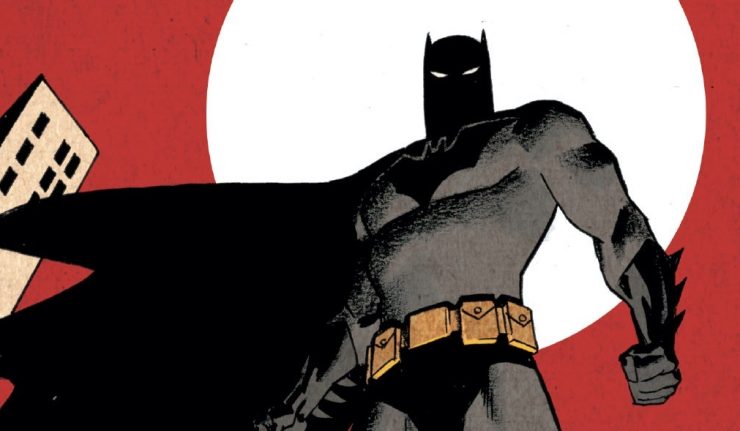 The award-winning animated series has inspired an ongoing episodic digital run that continues in BATMAN: The Adventures Continue Chapter Two. The plot thickens as the Dark Knight attempts to foil the mad scheme set in motion by Lex Luthor!

From the creative team that brought us the phenomenally successful animated series, Alan Burnett and Paul Dini are taking fans back to the art deco Gotham we all grew so fond of in Batman: The Adventures Continue proving that they still have stories to tell. The Digital Series does ramp things up in Chapter Two currently available where ever you get your digital comics. Batman finds himself up against an old adversary, but not one fans are accustomed to associate among his gallery of rogues.

Lex Luthor has unleashed a robot menace on the denizens of Gotham City, and the Dark Knight Detective is going to have to pull out all the stops and utilize all new technological wonders to defeat the billionaire madman, but where is Luthor’s arch-nemesis Superman in all this, and why hasn’t Batman been able to contact the Man of Steel? You’ll just have to check it out for yourself! The adventure does indeed continue! Chapter Three will be released on May 6, followed by Chapter Four on May 20.

BATMAN: The Adventures Continue Chapter Two is written by Alan Burnett and Paul Dini, with art by Ty Templeton and is available now on Digital platforms including ReadDC, ComiXology, Kindle and more.