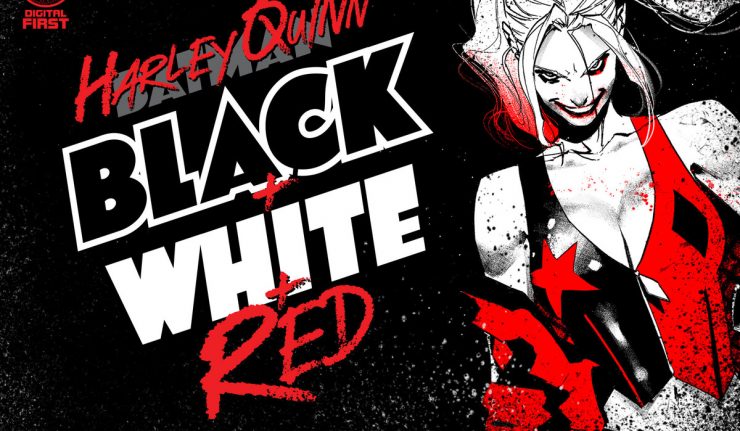 For those who are following the Harley Quinn news and an avid Quinntet like myself, there has been news about a new 14-part digital series featuring our favorite Clown Princess. The series will feature many creators including one of her creators, Paul Dini himself. The series is published in black and white, as the title implies, with the addition of some red coloring. The red will be unique to each story.

The first installment of the series is titled Harleen: Red by writer/artist Stjepan Šejić. Šejić was previously on the Harleen series. The following chapters will feature Paul Dini, Amanda Connor, Jimmy Palmiotti, Chad Hardin, Joe Quinones, and lots more. Each story is standalone, so they won’t tie into each other.

“Harley Quinn: Black + White + Red is a great addition to our Digital First lineup,” says Hank Kanalz, DC’s SVP of Publishing Strategy & Support Services, in the series’ announcement. “Each story stands on its own, and this series gives our talent teams the freedom and flexibility to tell innovative stories that could be part of or separate from regular continuity. Everyone has a unique vision for Ms. Quinn—it’ll be fun to see what their creativity delivers.”

“This is such a cool series with killer art,” adds Mark Doyle, DC Executive Editor. “Senior Editor Chris Conroy had the idea to riff on the classic Batman: Black & White series but to do it with Harley in that irreverent, fun way that only Harley can do—and DC Digital First seemed like the perfect format to tell these stories.”

The first chapter of the series is available at readdc.com and comicXology. Each chapter will be released digitally on Fridays.

BUT. We have an update! The series will also be available in print! DC editor Andy Khouri tweeted the clarification, stating:

“For those asking; yes there will be a collected edition in print. But digital-first offers a weekly rate of release, which isn’t likely in print with ten-page products. Every Friday, a totally new Harley by a totally brilliant creator/team. And for 99 cents per chapter. Amazing.”

Are you excited about the new series? Let us know in the comments below! Or on social media. C’ya Puddin! 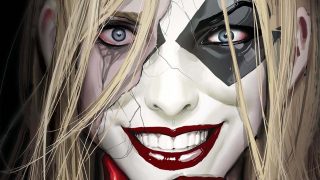