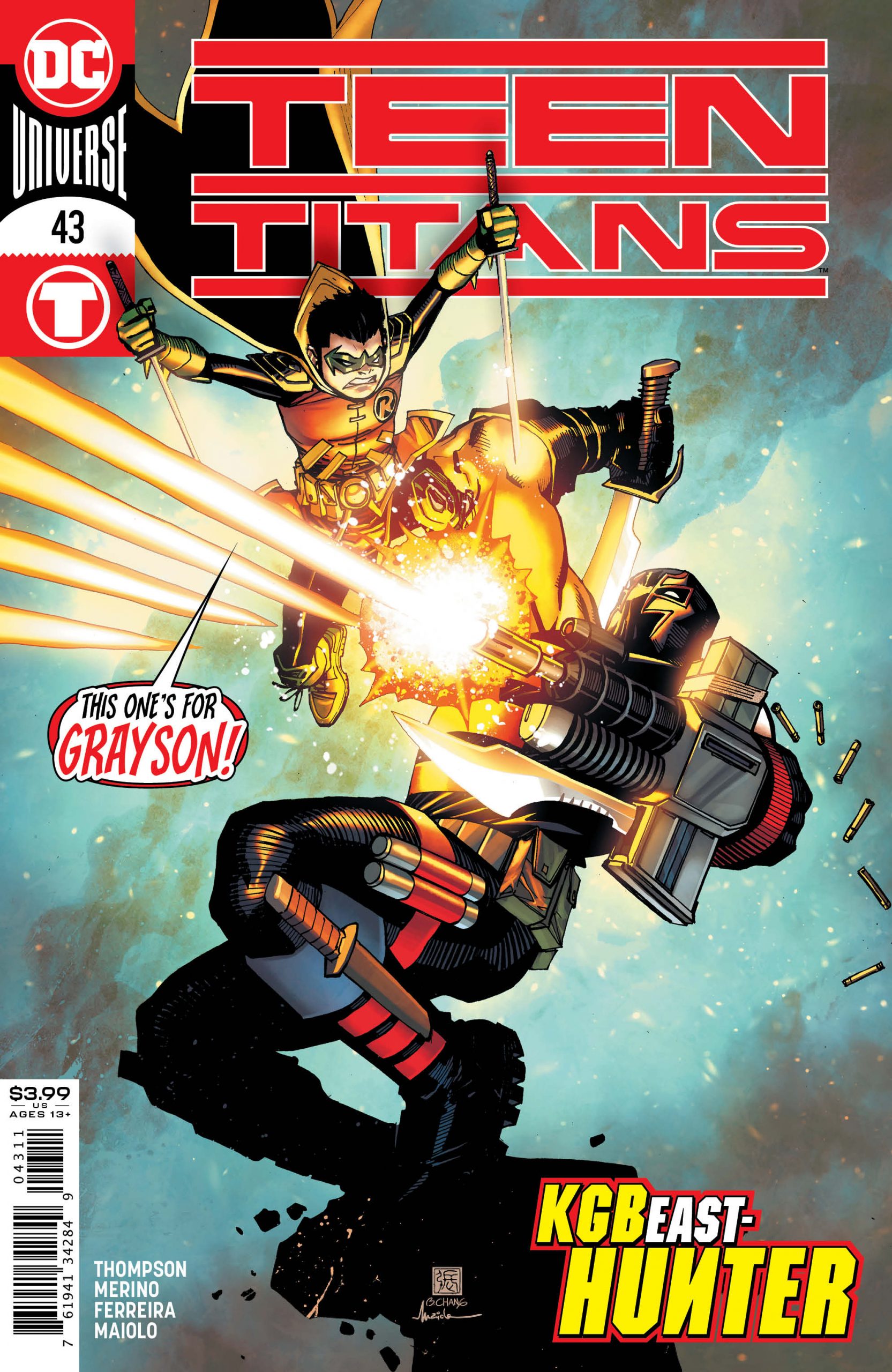 Covers are made to entice readers into picking comics, books, and movies up off the shelf. With comic-books, I’ve always preferred it when the cover art gives a hint at the story inside, so Teen Titans #43 does not disappoint. Whichever cover you decide to go for, both set the tone for the adventure within the book, brilliantly.

Robin begins a hunt that leads him to the KGBeast, the assassin who wounded Dick Grayson, wiping his memory in the process. Will Damian cross the line to enact brutal revenge on the Russian villain? Or can the Teen Titans temper Robin’s rage? 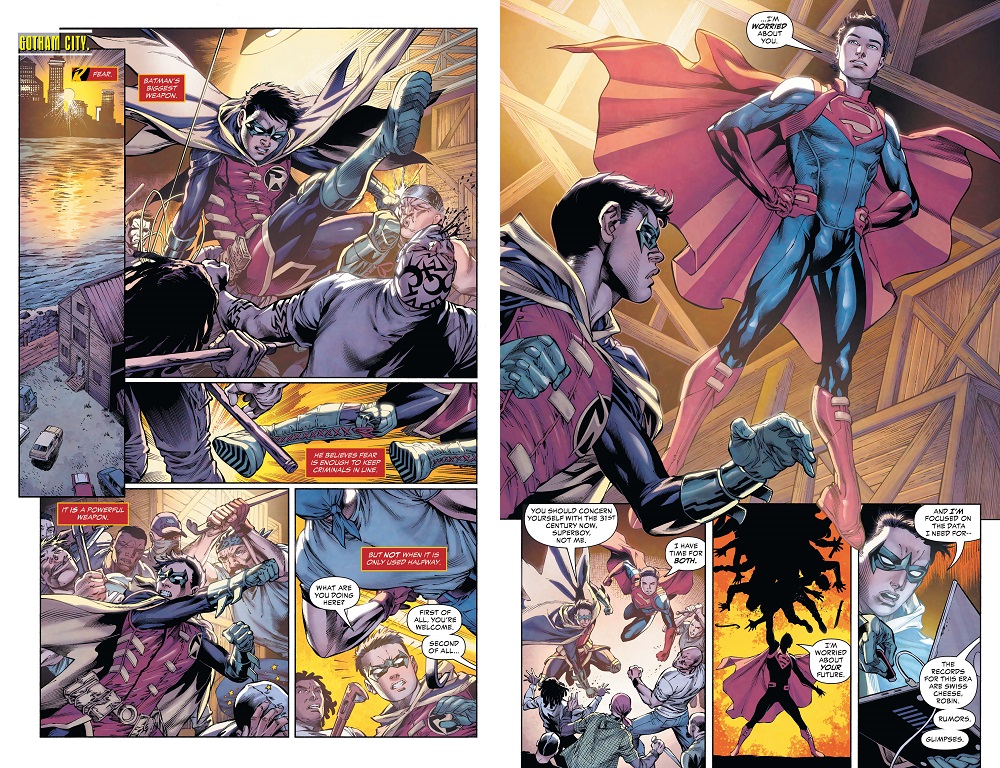 New writer, Robbie Thompson, isn’t pulling any punches. Last month we saw the fractured team discovering the dead and broken body of Brother Blood, in this issue we find out who killed him. When I say that this issue’s a game changer, I’m not kidding. Pages 7 and 8 of the book give us an extremely important cameo appearance, and when this guy gets his hands on Damian, the fur’s gonna fly!

The issue is replete with great lines and returning faces. I love it when Jon Kent – Superboy – interacts with his best friend, and former partner, but sometimes there’s just no talking to Robin… just ask the rest of the team!

Artists Jesús Merino, Julio Ferreira and colorist Marcelo Maiolo also do great work. The action is terrific, and every character looks great on every single page. Rob Leigh’s titles, over the aforementioned cameo on page 8, add contrast and atmosphere to a truly gorgeous splash page.

The entire team has delivered all the goods in Teen Titans #43. 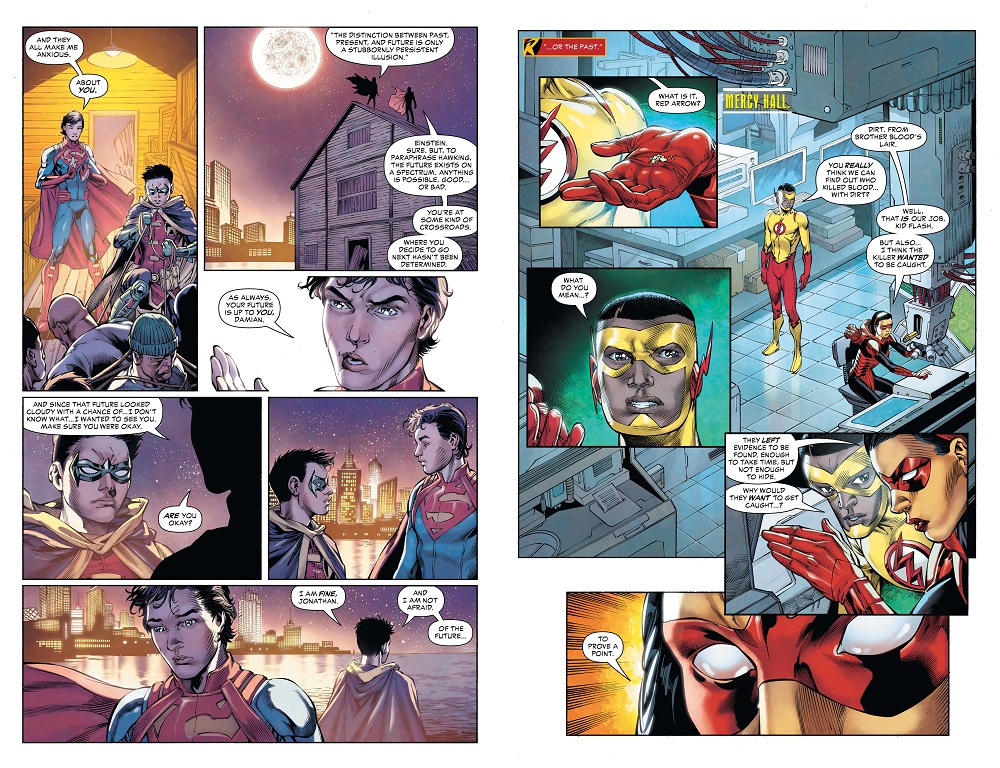 This isn’t a gripe, as such, but some of the dialogue between Jonathan and Damian has me scratching my head. Throughout the issue we get the team talking and acting like real teenagers, but in the exchange between Superboy and Robin we see them quoting Einstein and Hawking.

While I, and many other readers I’m sure, will recognise the quotes; are they realistically ideas, that two teenagers would be using in conversation? Then again, knowing who their fathers are, maybe they’re just more comprehensively educated than most other guys their age… which does make sense.

Also, I really don’t like this side of Damian Wayne; but it’s both realistic, and has precedent… it’s just not pleasant. 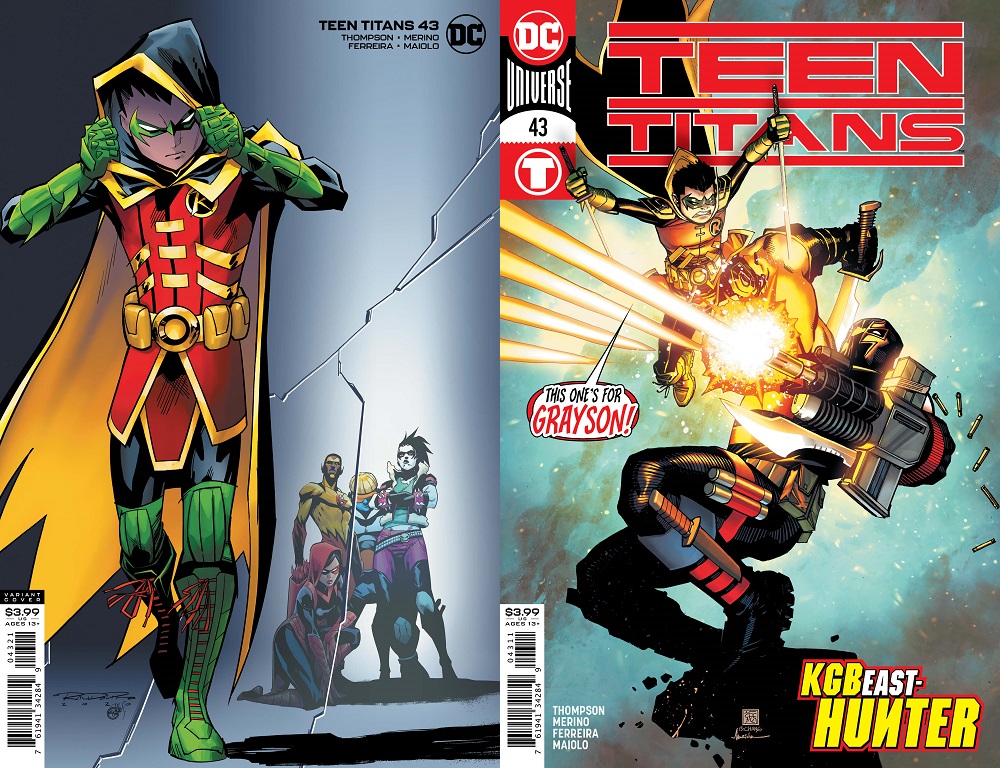 This series has been red hot for over two years straight now, and that hasn’t changed with the debut of a new creative team. Robbie Thompson and his collaborators aren’t just sweeping the last 20+ issues away, but are building on all of them – and many others – to tell a new and fascinating story.

I love it when creators can use the past, both as inspiration, and as a launch-pad for new greatness. That’s just what Teen Titans is delivering.