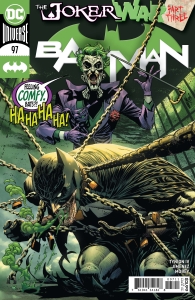 Batman #97: The Joker’s army is growing hour by hour, with weapons beyond anything the Clown Prince of Crime has ever used before. Batman must hold his mind together so he can strike the final blow and take back his city-but how can he heal the rifts he’s created in his life to get the help he needs? And while all this is happening, the villains of Gotham City are waiting out the carnage Joker has unleashed-and Catwoman assembles an army of her own!

In Batman #97, we see a bit more of Clownhunter, a new character introduced last issue. Whoever he is, he doesn’t seem to be one of Batman’s allies. Although he has declared his own war on the Joker’s forces, I doubt that Batman would see him as an ally, considering his use of deadly force against the Joker’s forces.

I admit to being somewhat intrigued by the character. Is he a totally new character, or does his mask cover a familiar face. And what is his the origin of his vendetta against the Joker and his minions? I also wonder what the future holds for him after the “Joker War” is concluded Will he direct his anger against other member’s of Batman’s rogues gallery or even Batman himself? I expect that Batman will have to deal with him one way or another.

Batman has apparently been hallucinating Alfred communicating with him. At one point, Batman uses an electromagnetic pulse, which cuts off his radio communication with Alfred. However, Bruce has already consciously admitted to knowing Alfred’s voice is a hallucination. So, why would an EMP silence Alfred unless the communication was real? But how could it be real? 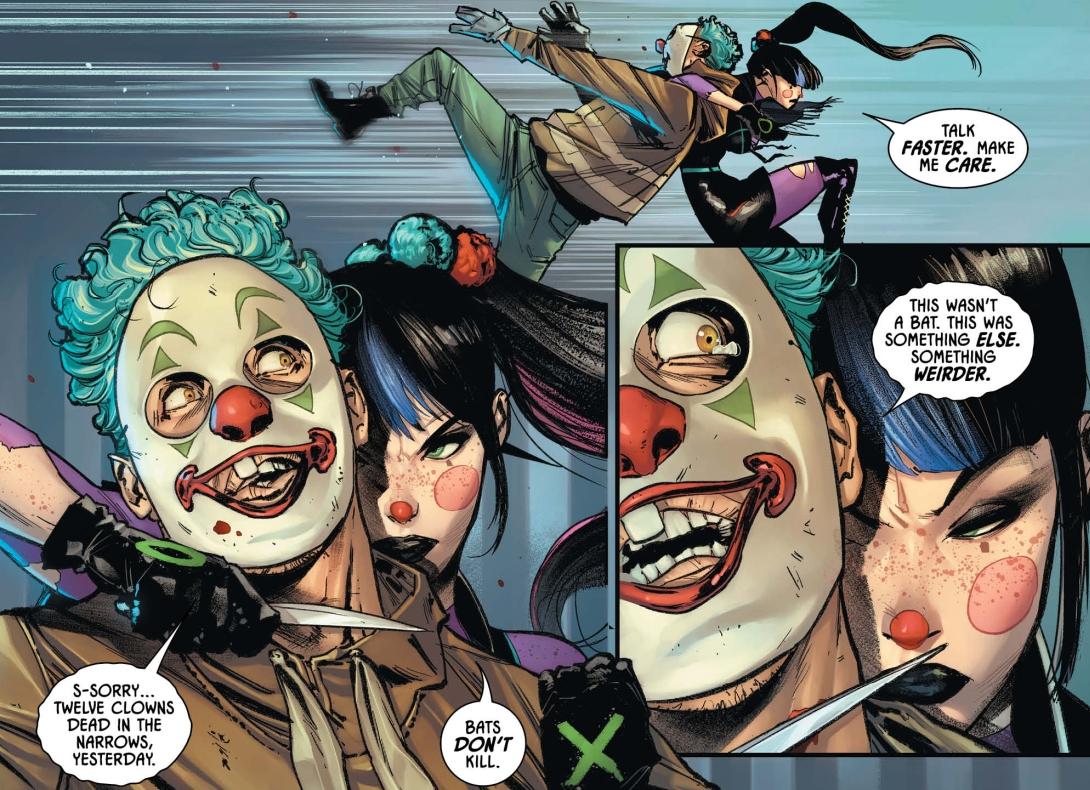 I expect that we might be finding that out very soon, as the issue ends with Batman having a vision where Alfred confronts him directly, telling him, “I’m very sorry, Master Bruce, but I think that it’s time we had a serious talk”. I don’t expect that Tynion is going to suddenly undo Alfred’s death, but I think that we are about to see some sort of revelation or change with respect to Alfred. At the very least, I think that Bruce and Alfred’s conversation will provide some sort of catharsis for Bruce.

I also find Harley’s role in the story to be an interesting inversion. While I wouldn’t go so far as to call her behaviour sane, she is somewhat more lucid that normal. It’s interesting that while Batman’s mind is suffering from the effects of Punchline’s chemicals, Harley has to act closer to sane in compensation. On some level, Harley seems to recognize that one of them has to be in their right mind if they’re going to beat the Joker.

As much as Punchline is being hyped up by DC, I’m not sure that she’s all that interesting a character. Perhaps she will start to grow on me, but she just seems little more than a Harley wannabe so far. However, I will admit to liking the design of her costume. Hopefully, Tynion will give the character some more depth as the story progresses. 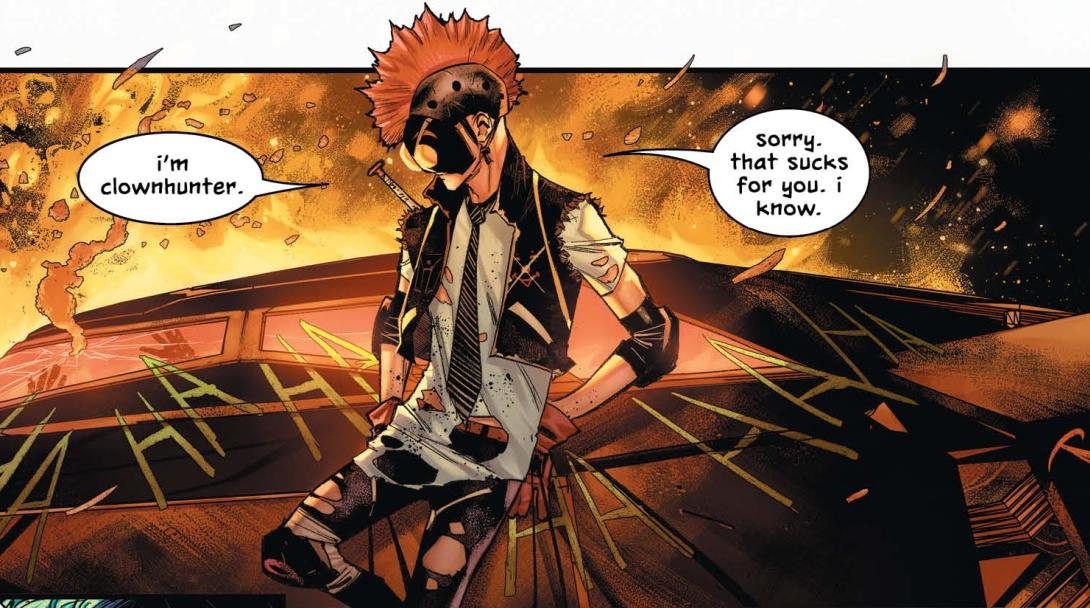 Tynion’s “Joker War” has proven to be a delightful surprise so far. I expected it would be more than the typical Batman/Joker conflict, but I believe that this might end up becoming the definitive Joker story of the era. I’m enjoying every page of this wild ride so far and look forward to seeing what twists and turns Tynion has planned for the rest of the story.