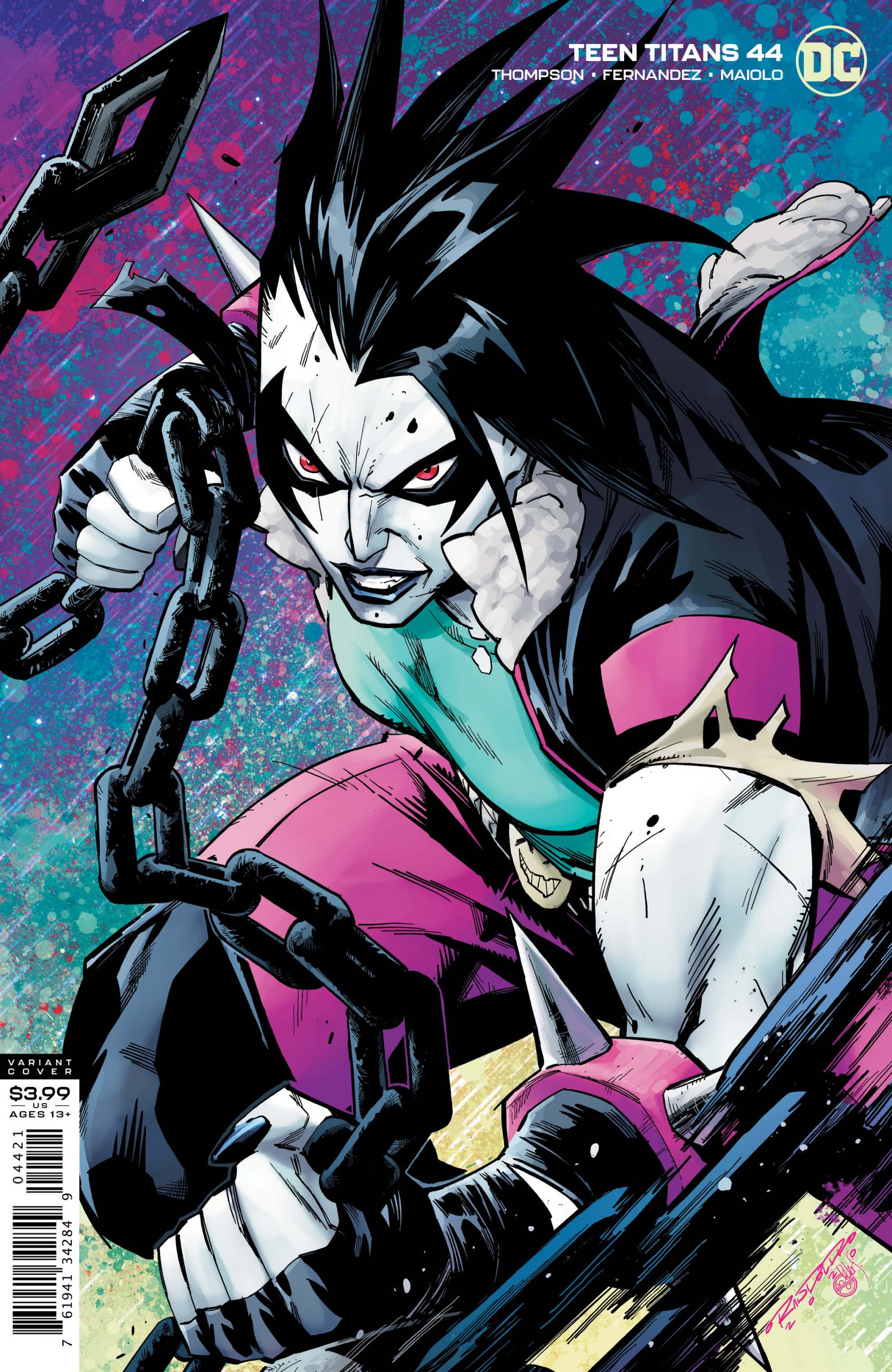 The moment I’ve been waiting for/dreading/excited for is here! In Teen Titans #44 Batman is finally on Robin’s trail, and the Boy Wonder is in a world of trouble!

This series has been an absolute joy to read and review for the last two years. Adam Glass started the ball rolling with excellent scripts, ideas and character moments. Robbie Thompson has picked up the ball, and is running with it like a real life Wallace West. This comic has everything I want from my comics: Great action, fantastic dialogue, perfect characterization – even from the villains – and gorgeous visuals.

KGBeast is on-point, the team’s reactions to Robin’s behavior is spot-on, as young Damian has reverted to his base nature, something I was so hoping he’d grown out of, and moved past.

Oh… and then we have Batman. 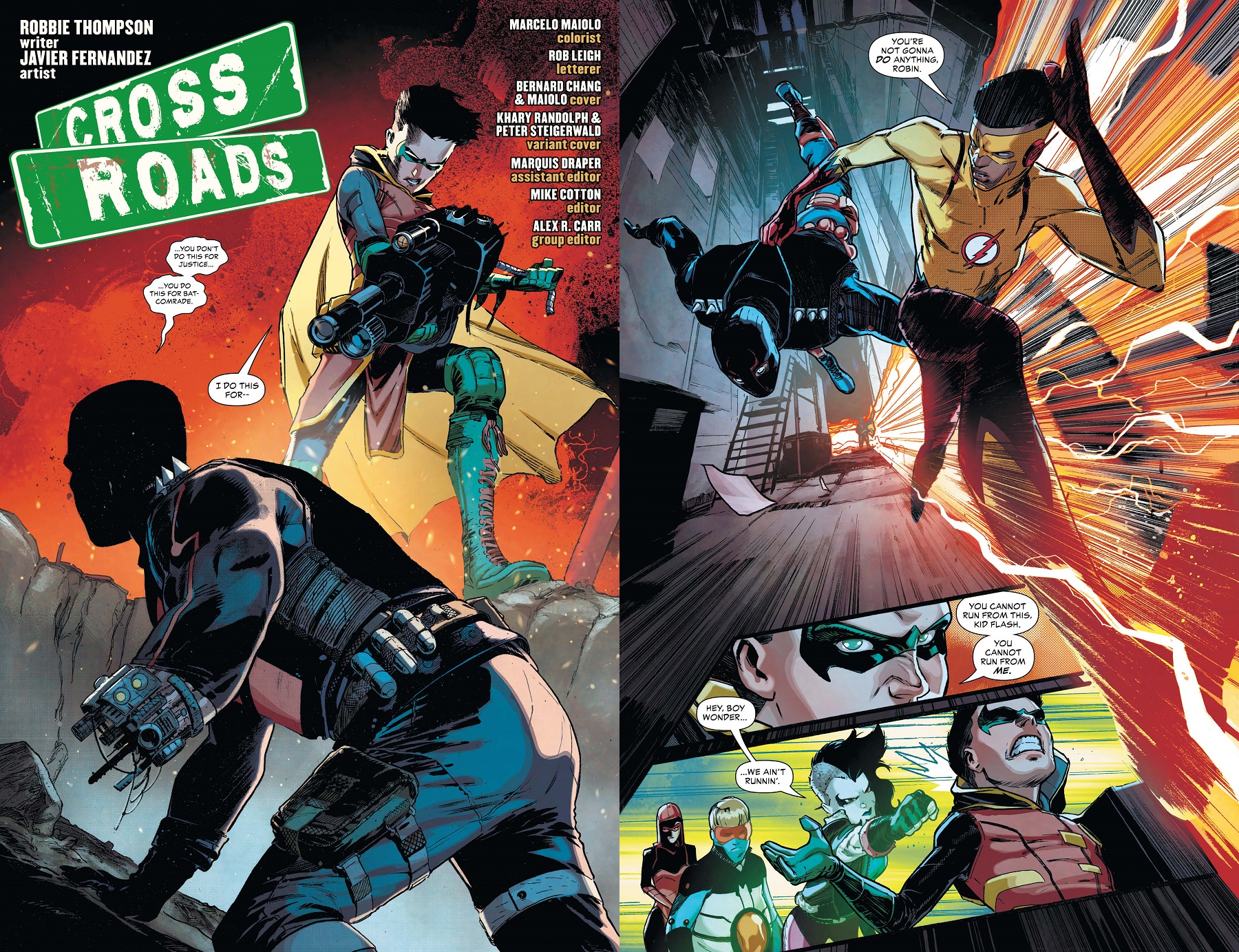 I always knew that the Boy Wonder’s actions would catch up with him, and his recent attack on KGBeast – as revenge for the villain shooting Dick Grayson – is, sadly, very true to character for Damian. However, if you thought the Titans’ reactions were strong, just wait ’til daddy dearest catches up with the boy!

Batman tends to take over any comic he guests in, but Robbie Thompson weaves the Dark Knight’s appearance in, building atmosphere and tension beautifully. The rest of the Titans still get the lion’s share of the action, and are perfectly realized, characterized and illustrated. 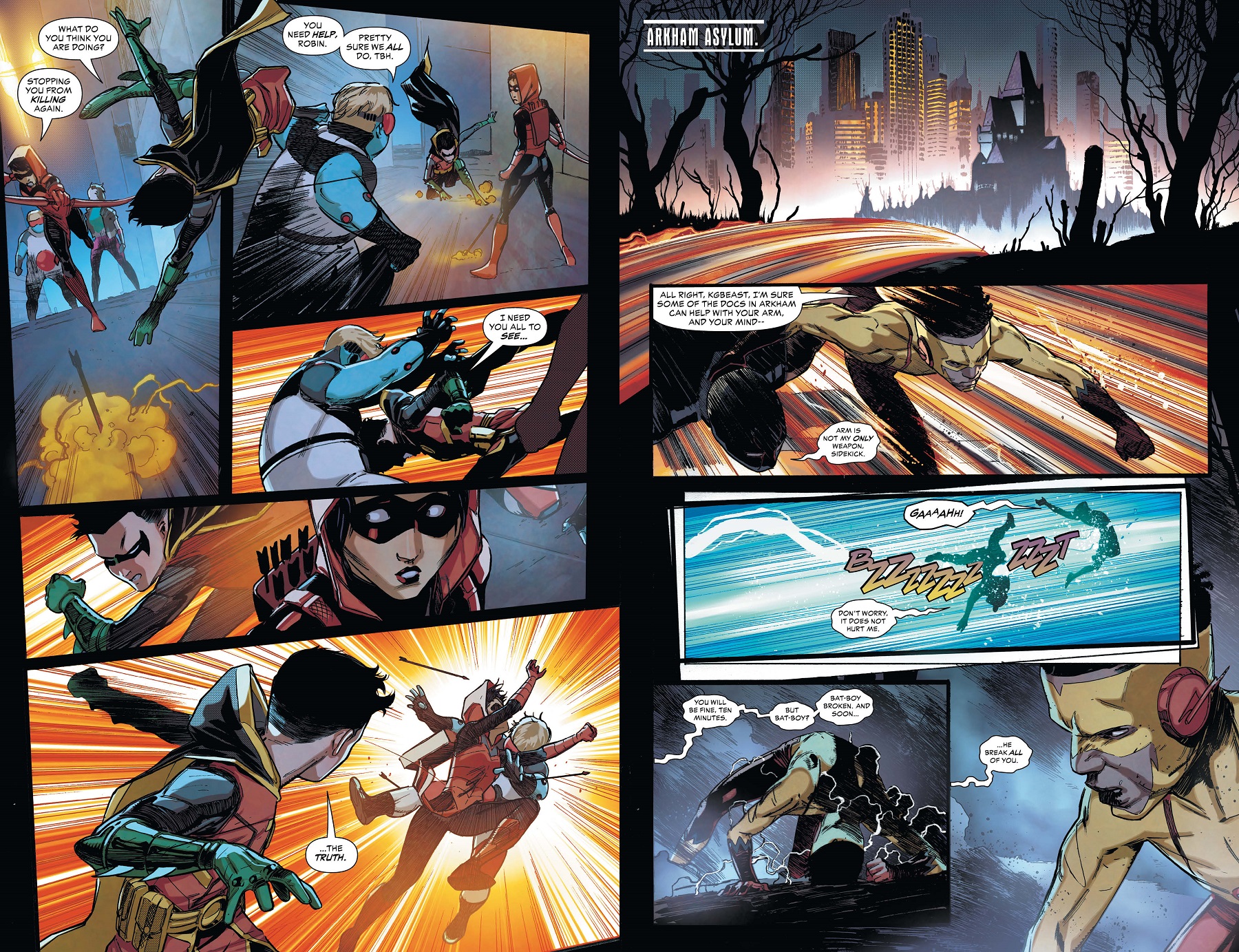 Oh… the art. I have always loved Javi Fernandez’s work, and the guy just seems to be getting better! His style is so atmospheric, and his action is sublime. Just look at the images kindly provided by DC. Javi’s work is so fresh, and new, but also feels like the comics I grew up with. His forced perspective is sublime, and his use of speed lines is bordering on manga-esque, in the best way possible.

The line art is then taken up several notches by Teen Titans mainstays, color artist Marcelo Maiolo, and letterer Rob Leigh. The electricity, flare and punch of Maiolo’s color over Fernandez’s line art is pure perfection. Lightning crashes, impact is felt and every mood is heightened, and enhanced. These pages are gorgeous.

As for Mr. Leigh, many letterers would have just written the words “Cross Roads” in large, bold letters on the title page, but Rob places them on the page as street signs. Brilliant. 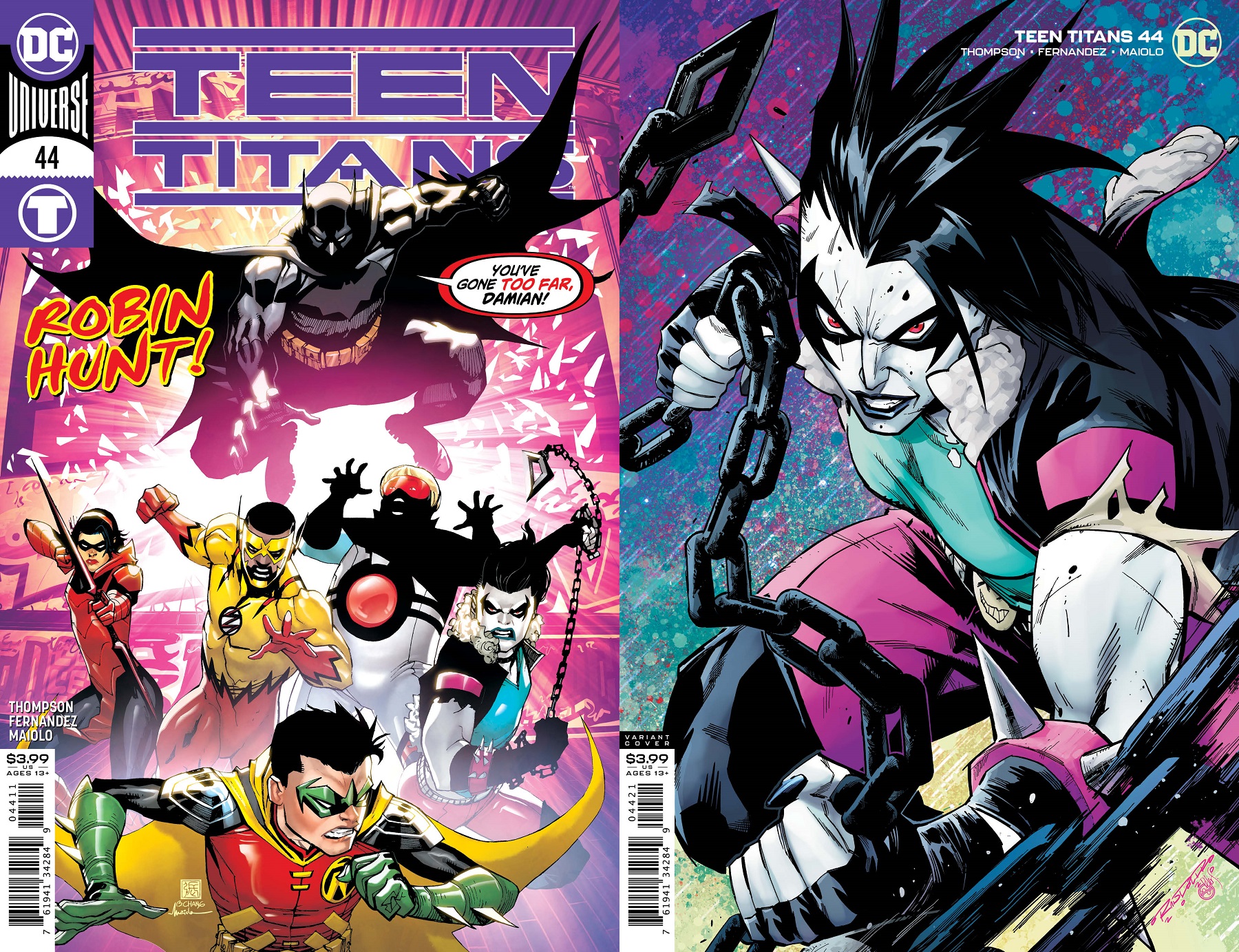 The only disappointing thing about Teen Titans #44 was that it had to end. The cover teases Batman, and we do get him, but the best is yet to come… unless you’re Damian Wayne.

I can’t believe that this series will be no more in a few short months, because it’s been nothing short of excellent for two whole years. As soon as I saw Robin’s prison, then learned that he was brainwashing the criminals he kept there, I knew that Batman’s wrath would be a sight to behold. I can actually see Robin taking down his team-mates, but the Dark Knight is a whole different story.

I cannot wait for Teen Titans #45.