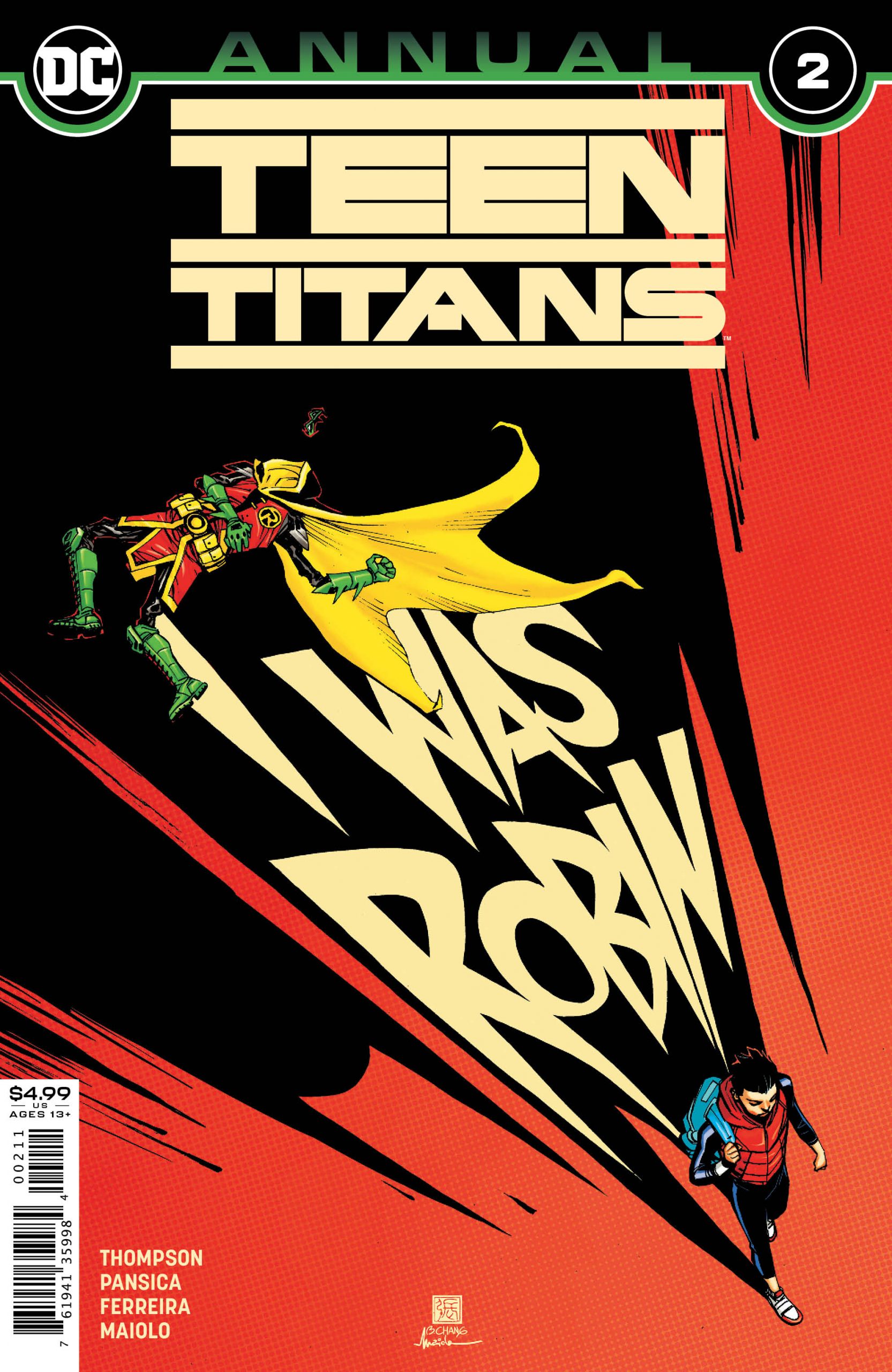 Months of build-up have been leading to this moment. Robin – Damian Wayne – has imprisoned, brainwashed, and tortured supervillains for months. In issue #44 we discovered that he’d even killed Brother Blood. The recent Robin 80th Anniversary special showed that Batman was on Robin’s trail, and in Teen Titans Annual #2 the Dark Knight finally catches up with his wayward son.

The resulting story has blown me away. 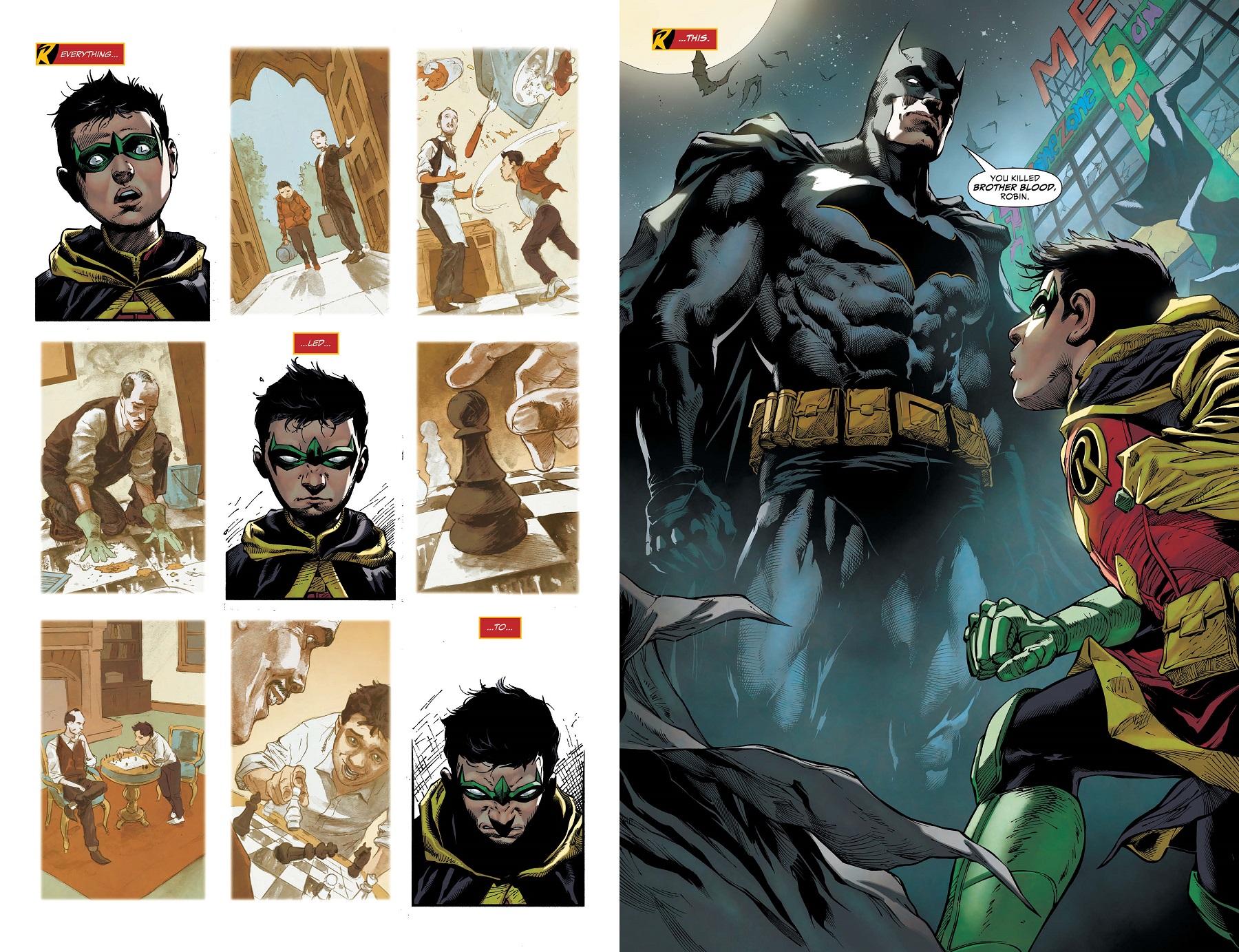 This entire issue is one huge positive. In recent months, since the tragic death of Alfred (Batman #77), Robin has been down a path of self destruction. Robbie Thompson has written some truly heartbreaking scenes featuring the Dark Knight’s butler, and surrogate father/grandfather to Batman, and all his “sons”.

I’ve wanted to believe in Damian for so long, ever since his debut, almost exactly 14 years ago, in Batman #655. In that time the character has gone from the spawn of assassins, to spoiled brat, all the way through to repentant son… and hero. Has his true nature finally surfaced, or did watching Alfred die before his very eyes finally break his heart, enough to turn him away from the light?

It’s clear that Robin blames himself for Alfred’s death at the hands of Bane, and the brilliantly written and drawn flashback scenes, that are spread throughout the issue, make this abundantly clear. Penciller Eduardo Pansica, inker Julio Ferreira, and TT color artist supreme, Marcelo Maiolo, brilliantly delineate Robin’s tragedy. Just look at these incredible pages!

Yes, there is a fair bit of talking in this issue, but every line of dialogue is perfect, precise and necessary. Action fans needn’t be concerned, though, as things get physical very quickly, with Batman and the team being forced to try and apprehend, and subdue, the Teen Wonder. 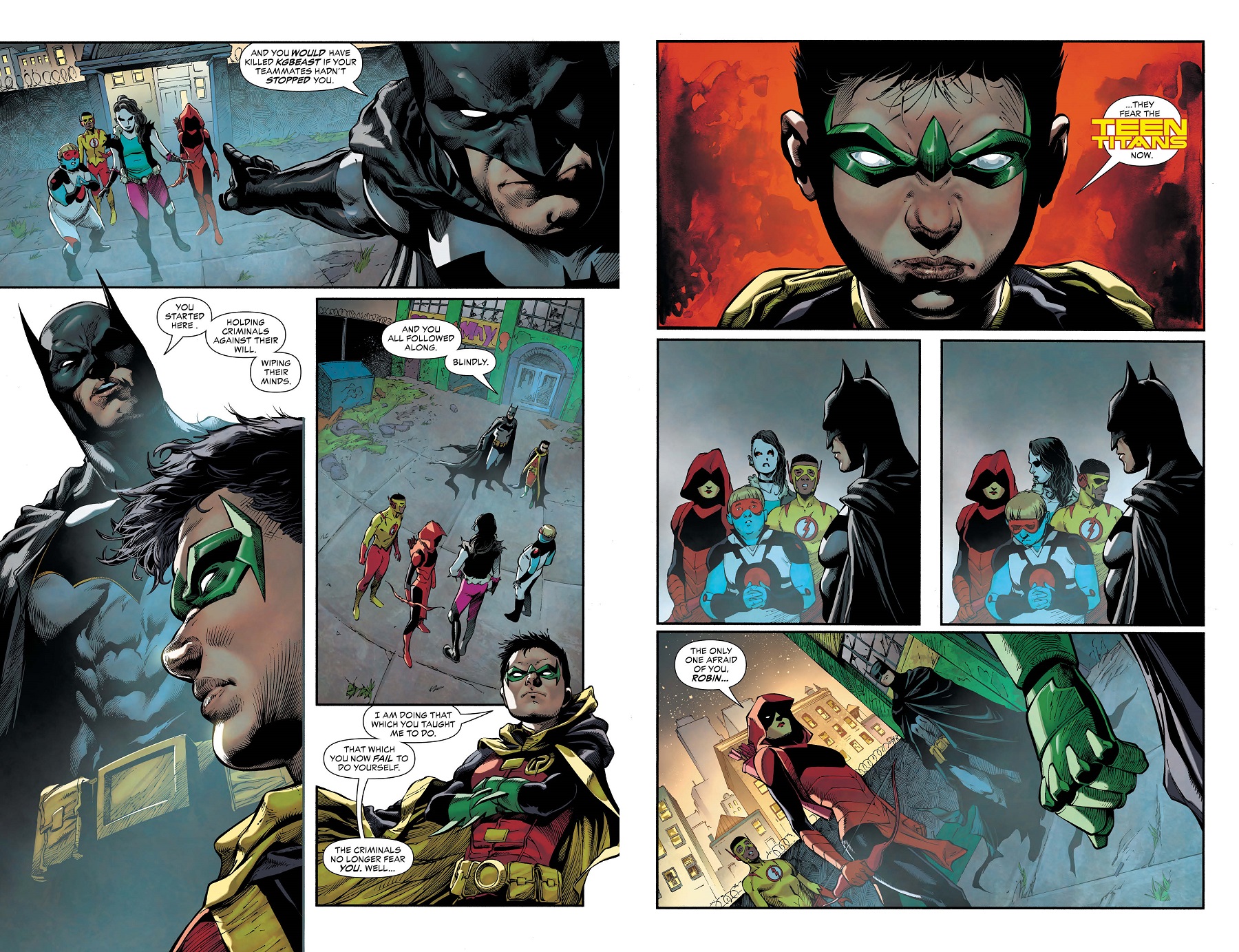 I hate what’s happened to Robin, but I can’t argue with it. His arrogance has been part of his personality since day one, so, even though I dislike the direction his life has taken, it rings true.

Batman’s reaction and behavior in the issue, however, is the real revelation. Again, I don’t like seeing father and son in this light, but I don’t see how else things could’ve gone down. I watched Bruce Wayne’s relationship with Dick Grayson collapse, then get built back up, slowly but surely over the decades, and expected a similar journey for the caped crusader and his son. What I didn’t count on was the fact that Batman has clearly grown as a character, and learned from the mistakes he made with Dick, Jason, Tim, and Stephanie.

The final scenes between the Dark Knight and his son in Teen Titans Annual #2 are brilliantly written, exquisitely drawn, and completely heartbreaking. 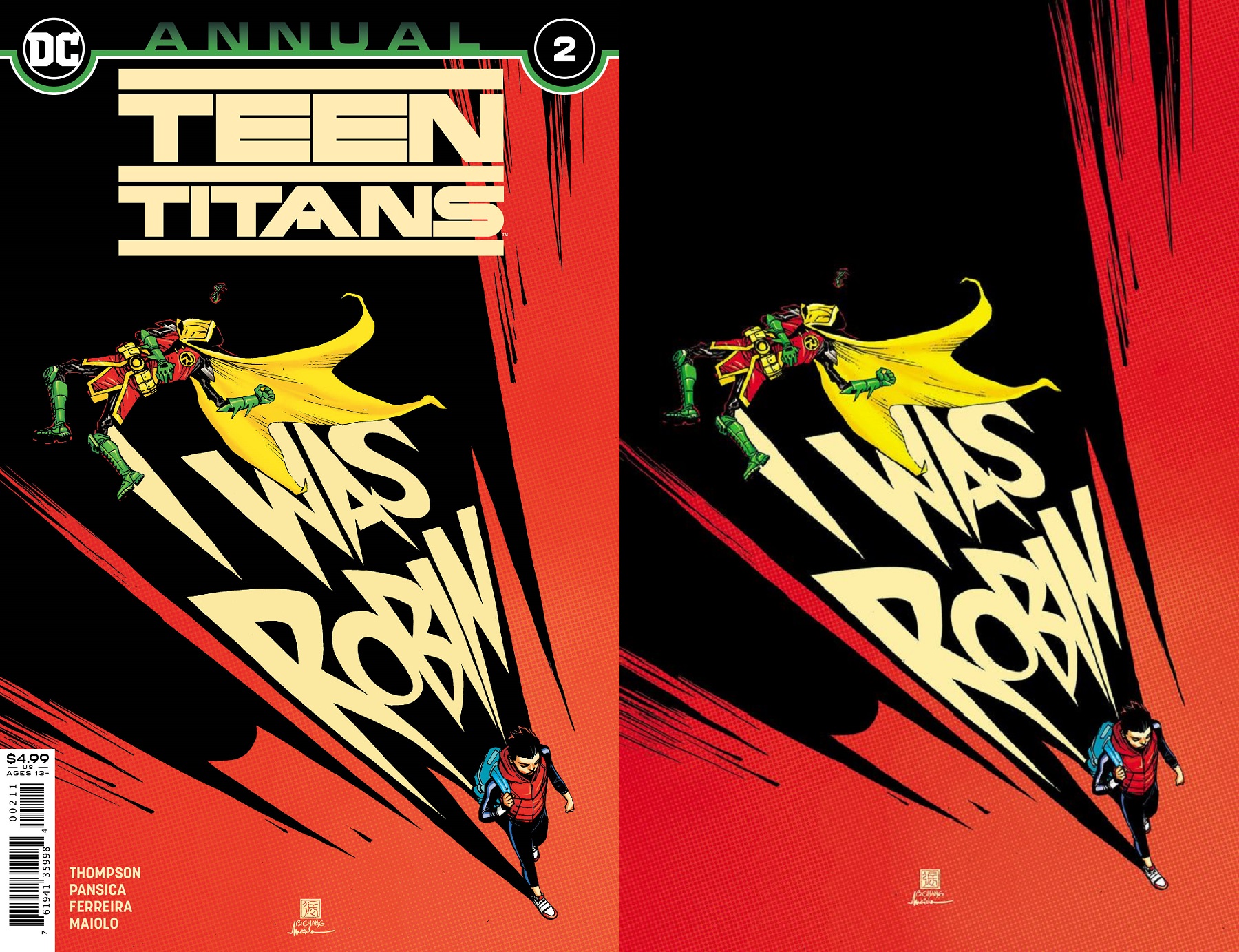 This issue didn’t give me the resolution I expected, nor the one I wanted. No. What Thompson, Pansica, Ferreira, Maiolo, and letterer Rob Leigh have crafted gave me much, much more. I’m so sad that this series is ending, as the last two years have delivered some of the finest Teen Titans stories I’ve ever read… and I’ve been enjoying their adventures for over forty years.

Do yourself a favor; pick up the last couple of years’ worth of issues, two annuals and the special, or the trade paperbacks that collect them. You won’t be sorry.