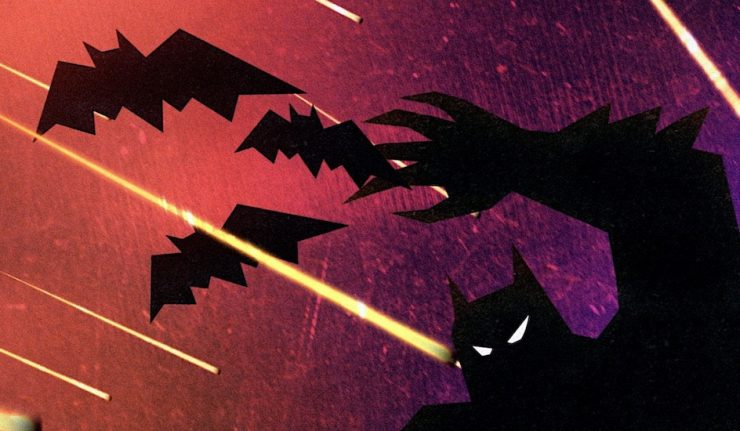 The DC animated universe dares to go where no other film has gone before and put the Boy Wonder’s fate (again) in the hands of its audience. Here’s a clip from the upcoming Batman: Death in the Family home video release!

Among the many controversial storylines in the world of DC comics, without a doubt, the greatest showdown between the Caped Crusader and The Joker came in 1988, and the outcome of that confrontation leads to a “Death in the Family”. Jason Todd, the second Robin, had been earmarked for elimination, but rather than take the blame for the character’s demise on themselves, the comics editors decidedly allowed the readership to make the final call (literally). Overwhelmingly, readers decided that Batman was better off on his own.

The Joker took a crowbar to Jason and cold-bloodedly bludgeoned Robin, and then blew up the warehouse where the Boy Wonder was being held, prisoner. Batman entered into the inferno and removed Jason’s body. It wouldn’t be until much later that we learned that although Jason did not survive the blast and his injuries were severe, but he was unwillingly resurrected and returned the Gotham City as the menacing vigilante under the moniker Red Hood, walking the thin line between law and order and exacting his own style of justice on the underworld.

In the upcoming anthology movie release from Warner Bros. Animation and DC, Batman: A Death in the Family audiences will again get to decide — does Robin live or die! Much in the style of a classic “choose your own adventure” the viewer will be able to decide how the story ends: will Robin live or will he die! It’s up to you! The Blu-ray release will also include the series of animated shorts from 2019 – 2020 that featured “Sgt. Rock”, “Adam Stranger”, and “The Phantom Stranger”.

Here’s a clip from Batman: Death in the Family: