Review: The Flash: The Death Of Iris West

Review: THE FLASH: THE DEATH OF IRIS WEST 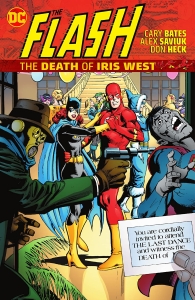 The Flash: The Death of Iris West: Can the Fastest Man Alive outrun his worst nightmare? The Flash can’t outrun the loss of his wife, but nothing will stop him from hunting down her killer. Follow along as Barry Allen races to find out who is responsible for the death of his wife, Iris…and hold them responsible. This title collects stories from The Flash #270-284.

The Flash: The Death of Iris West is a collection that carries a lot of nostalgia value for me. I had (and still have) some of the issues reprinted here from late 1978 to early 1980. I turned 10 a week after this run and turned 11 a couple months after it ended. So, these stories have a personal importance for me, as well as being particularly important to DC history.

Barry Allen, the Flash of the Silver and Bronze ages had married Iris West in 1966, becoming one of DC’s first characters to be married while actively maintaining a superhero career. Others followed his example, such as Elongated Man and the Silver Age Atom. Unfortunately, this was also one of the first marriages to end, and it did so in a shocking way – by the death of his wife.

This is the other reason this story is so remarkable. Characters have died before. But the death was always undone by the story’s end. It was often a hoax, the character was in a death like state, or miraculously rose from the dead. But Iris really was dead, leaving Barry to grieve the loss, then move on with his live. Eventually, in 1985, we learned that Iris survived, but at the time her death was portrayed as permanent. And this was a major shock for young comic readers. 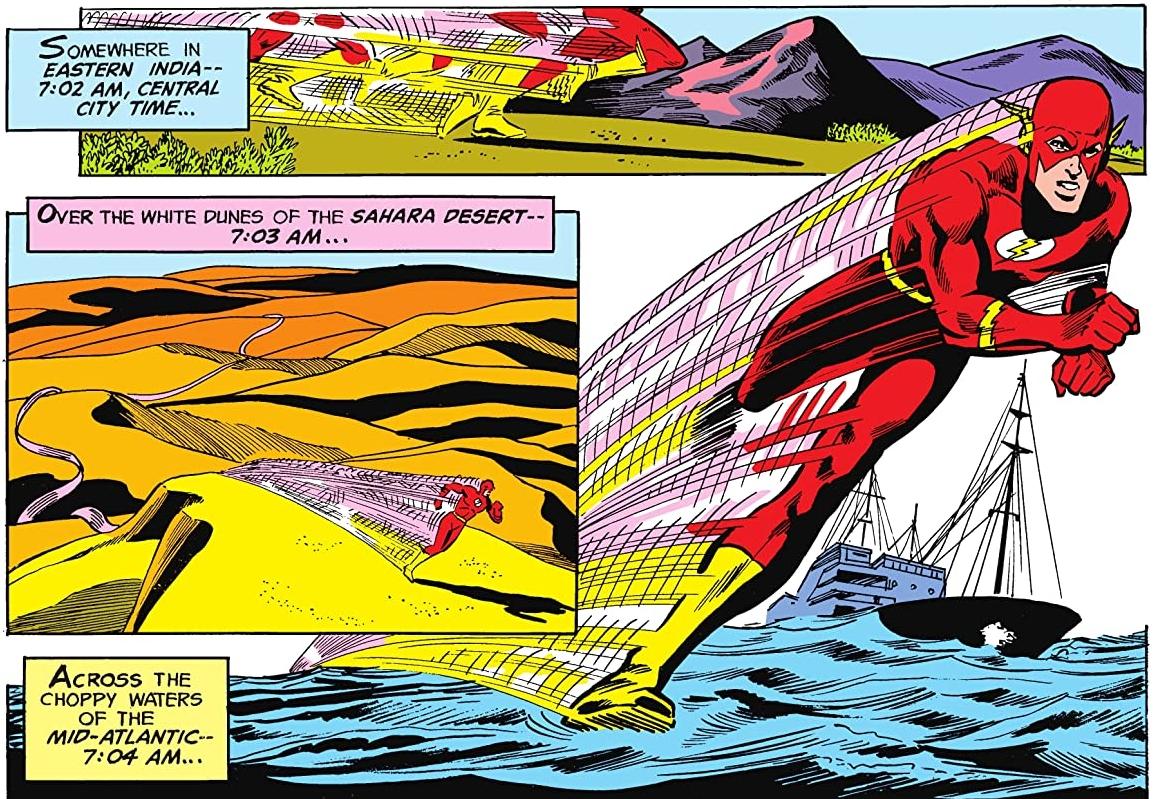 In retrospect, there Bates was setting up the story to have a major impact. Their marriage was a recurring subplot leading up to the issue in which Iris was killed. At first, we start seeing a bit of friction in their marriage, followed by a reconciliation, and even talk of having a child. Bates carefully puts the Allens at their happiest right before tragedy struck.

Even though Bates set it up for maximum impact, the readers were caught completely off guard. In those days there was no Internet or other source of comic news or rumours. The only warning was house ads showing the cover of that issue. This image, which adorns the cover of this collection shows Barry and Iris at a costume party. In the foreground, a hand holds an invitation stating, “You are cordially invited to attend the LAST DANCE and witness the DEATH of…”, with the final word obscured. This was an intriguing teaser, but not worrisome. Covers would routinely hint at death or distaster that was never realized. But even if someone did die, it would surely be a minor character at most.

Even though the story might be somewhat simplistic by modern standards, it was fairly complex and ground-breaking for the period. Unlike today’s comics that are aimed at a teen to adult audience, comics in the 1970s were unashamedly written for kids. As a 10-year-old, I was in the targeted audience. And I can attest that this story was every bit the emotional gut punch that Bates intended. This was one of the early steps in DC’s move towards a more mature audience. And I was at exactly the right age that my tastes were growing along with the medium. 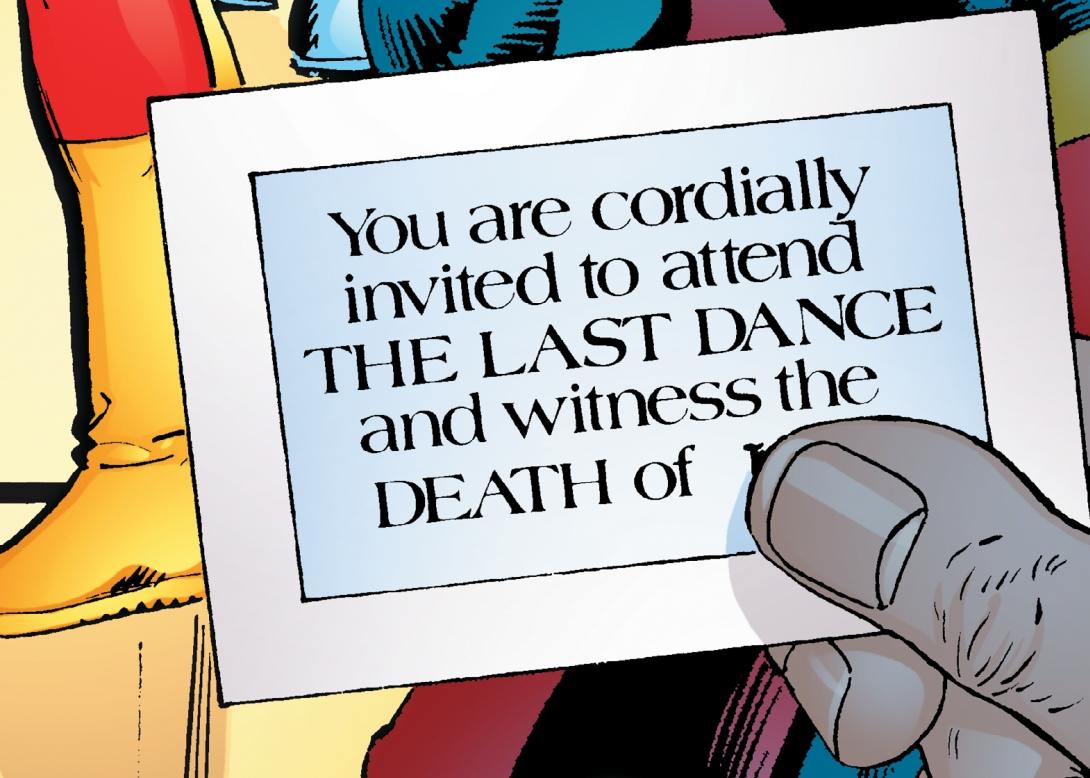 I find it interesting looking back at these old comics how much has changed about the hero in the years since, and how much has remained the same. The costume as seen here was iconic, and it’s remained mostly the same over the years. In fact, the costume, as worn by Wally has recently reverted to being almost identical with this iteration. And this is well before the lightning effects were shown as part of the Flash’s speed powers. The only lightning evident here is the symbolic representations on the hero’s costume.

And it’s interesting to see how many characters disappeared, never to be mentioned again. Many of these are interchangeable supporting characters, but others played a significant role before vanishing. Surely the Lord of Limbo might have been a dangerous enough threat to return to plague the Flash. And it’s a bit frustrating that we’ll probably never learn what the deal is with the mysterious psychic teen Melanie.

Many comics from this time period tend to look a bit off when reprinted on higher quality paper than the original newsprint. The colours often look garish on the whiter paper,  but I was struck at how gorgeous the colours look in this collection. I don’t know if the Gene D’Angelo’s colours were tweaked or not, but they look absolutely perfect. These pages look better than they did when they were first published. 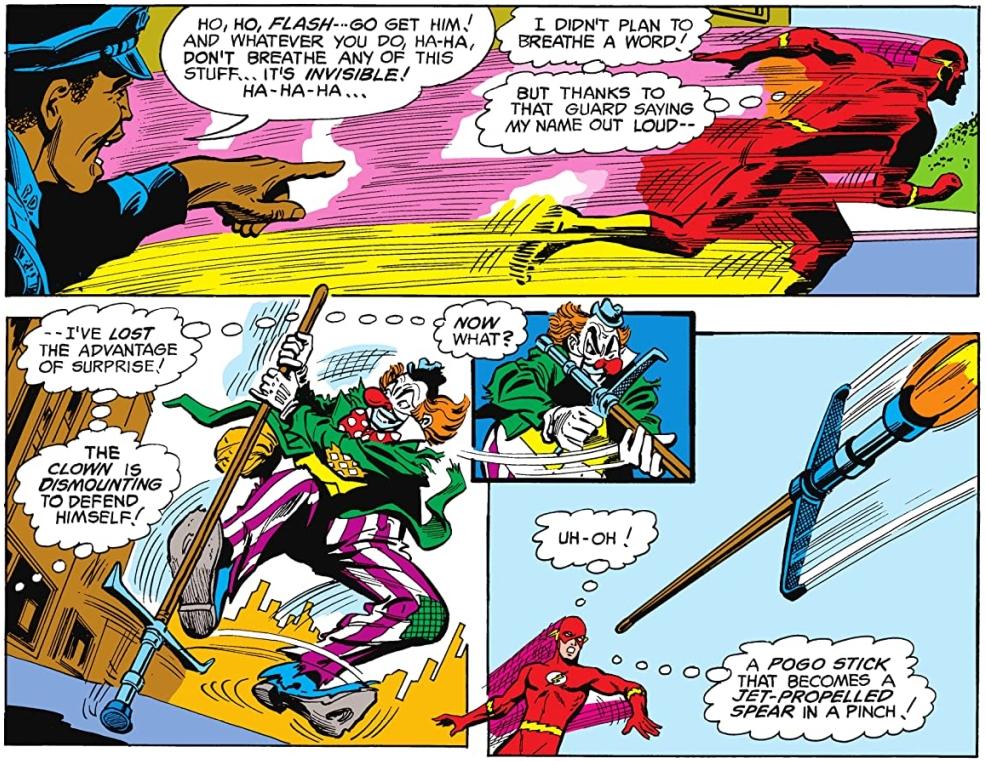 I was also struck by how similar the art looks from issue to issue, despite the number of different artists that worked on this title over this run. Nowadays, artists are more free to express differing styles, but I can see that a consistent house style was probably a reasonable choice to avoid confusing a younger audience by minimizing changes in the art from issue to issue.

As I stated above, the story is a bit simplistic in modern terms. And there are a lot of important parts of the story that are quickly glossed over, that really deserved more attention. Iris’ funeral is reduced to a mere two pages. And it’s hard to believe that Wally only appears in a single panel, without a single word of dialogue. Longtime readers know how important Iris and her nephew were to each other. But kids in those days weren’t interested in long, emotional scenes. They wanted to get back to the action.

The Flash: The Death of Iris West hardcover collection is a beautiful reprinting of a major turning point in Flash history. It may not hold up to modern storytelling criteria, but it was pretty damn good for its time. And it is a nostalgic treat for those of us who remember this period, as well as a great change for younger readers to get a history lesson.

Review: Superman and the Authority #2