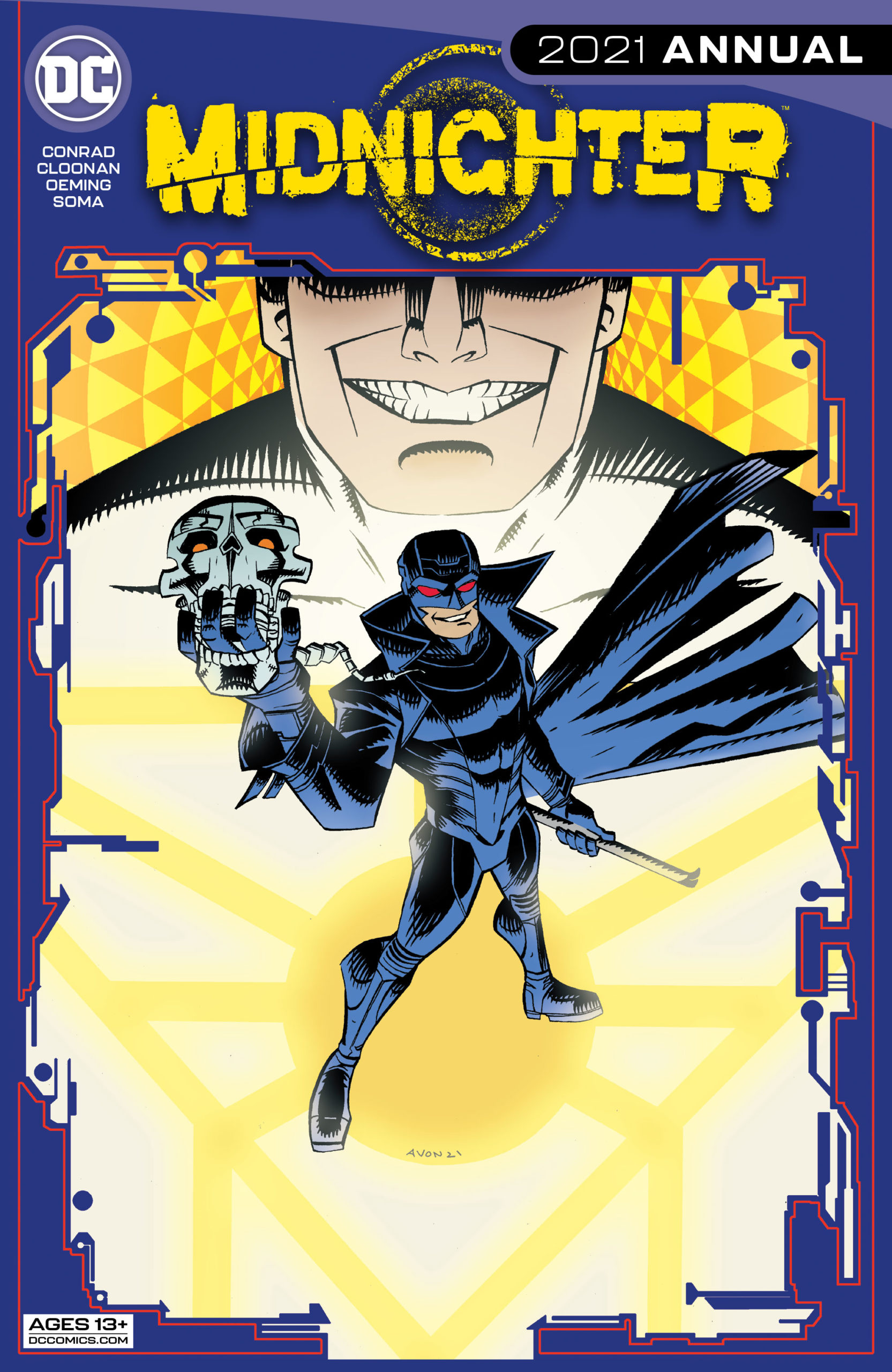 The Midnighter second feature from Action Comics concludes here in the Midnighter 2021 Annual #1, with a surprise on nearly every page as he joins with Mister Miracle and Apollo to take down Trojan!

It’s no secret that throughout this storyline that’s run in Action Comics over the past seven months that it’s been full of surprises and unexpected turns.  This remains true with the finale in the Midnighter 2021 Annual #1 as well.  No spoilers, but be prepared for surprises throughout, including a final ending surprise that suggests there’s more to come for Midnighter’s story. 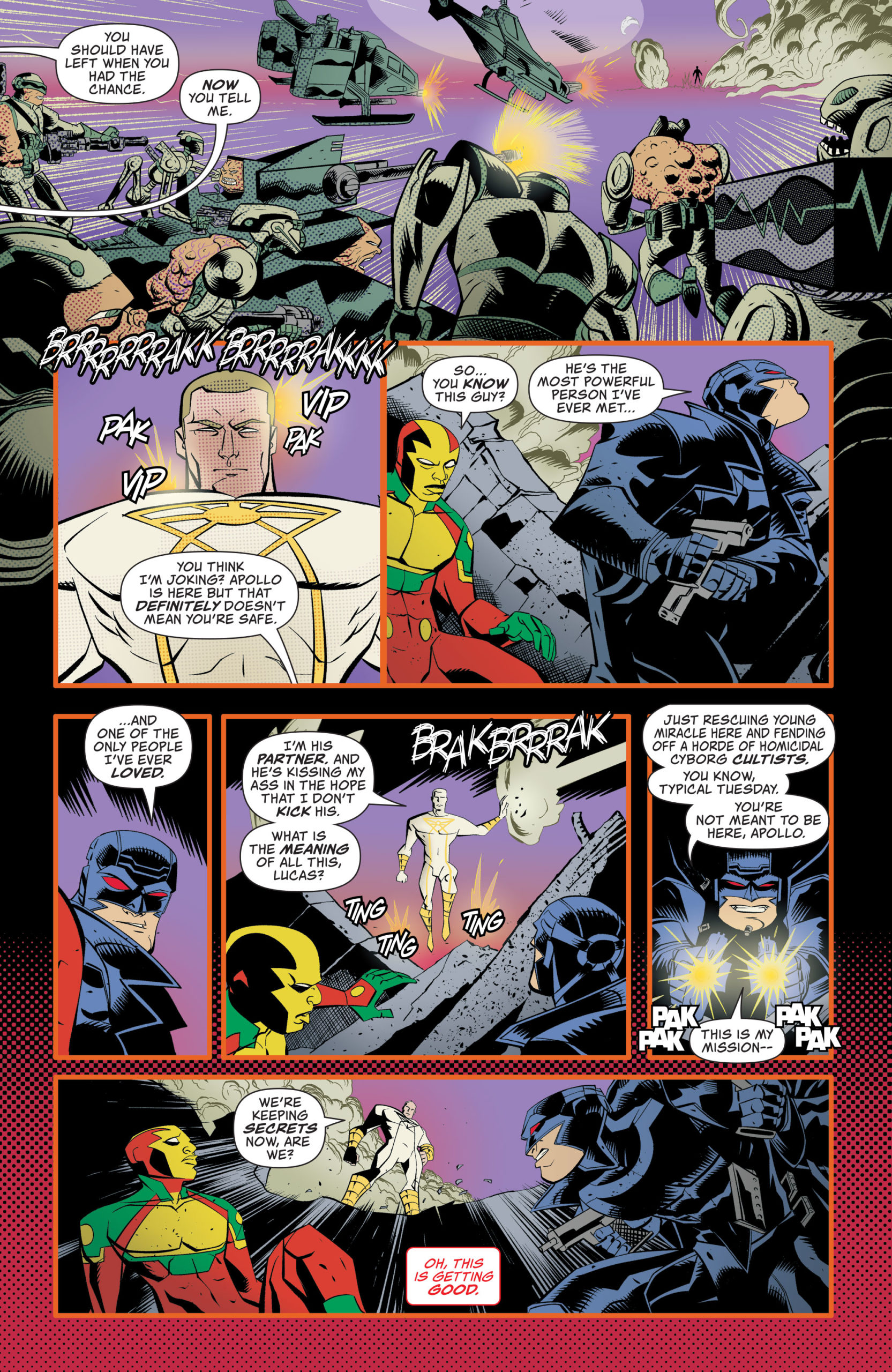 Let’s go ahead and put it out there that as great an idea as it is having second features in the back of books like Action Comics, Detective Comics and Wonder Woman, it’s seems appropriate to cap them in these Annuals and Specials.  It gives exposure to a character like Midnighter or added life to a concept like Justice League Dark which seems to be more well-received than the main story in Justice League where it lives.  One hopes DC Comics will continue to populate its books with second features and graduate them into conclusions like this one! 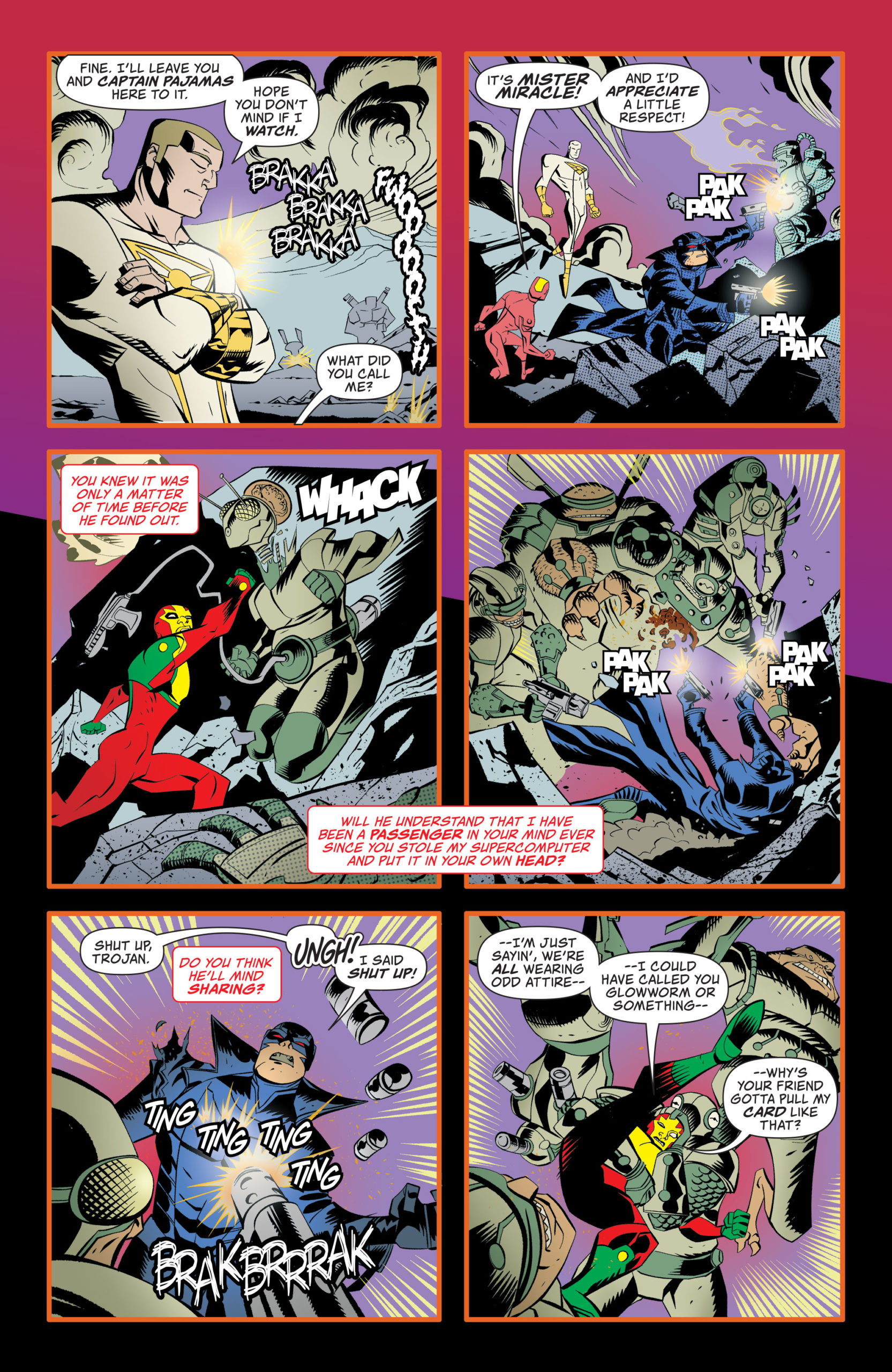 Midnighter 2021 Annual #1 while telling a twisty compelling story also does an excellent job of portraying Midnighter and Apollo’s relationship and Lucas’ character.  Even if the Midnighter/Apollo relationship meant nothing to you coming in, by the time you finish with this book it will mean something to you.  They touched the fringes of it in one of the earlier chapters of “The Passenger,” and that theme has a conclusion here.  As Lucas explains the scheme he’s been running, trying to keep Apollo at a distance, he finally has to reveal WHY he’s been doing it.  Sure, he’s always moody, but it goes beyond that.  It’s an excellent use of marrying character/relationship to the nuts and bolts of the plot, merging them seamlessly so that you can’t like one without liking the other.  It’s done cleverly and works perfectly for this story. 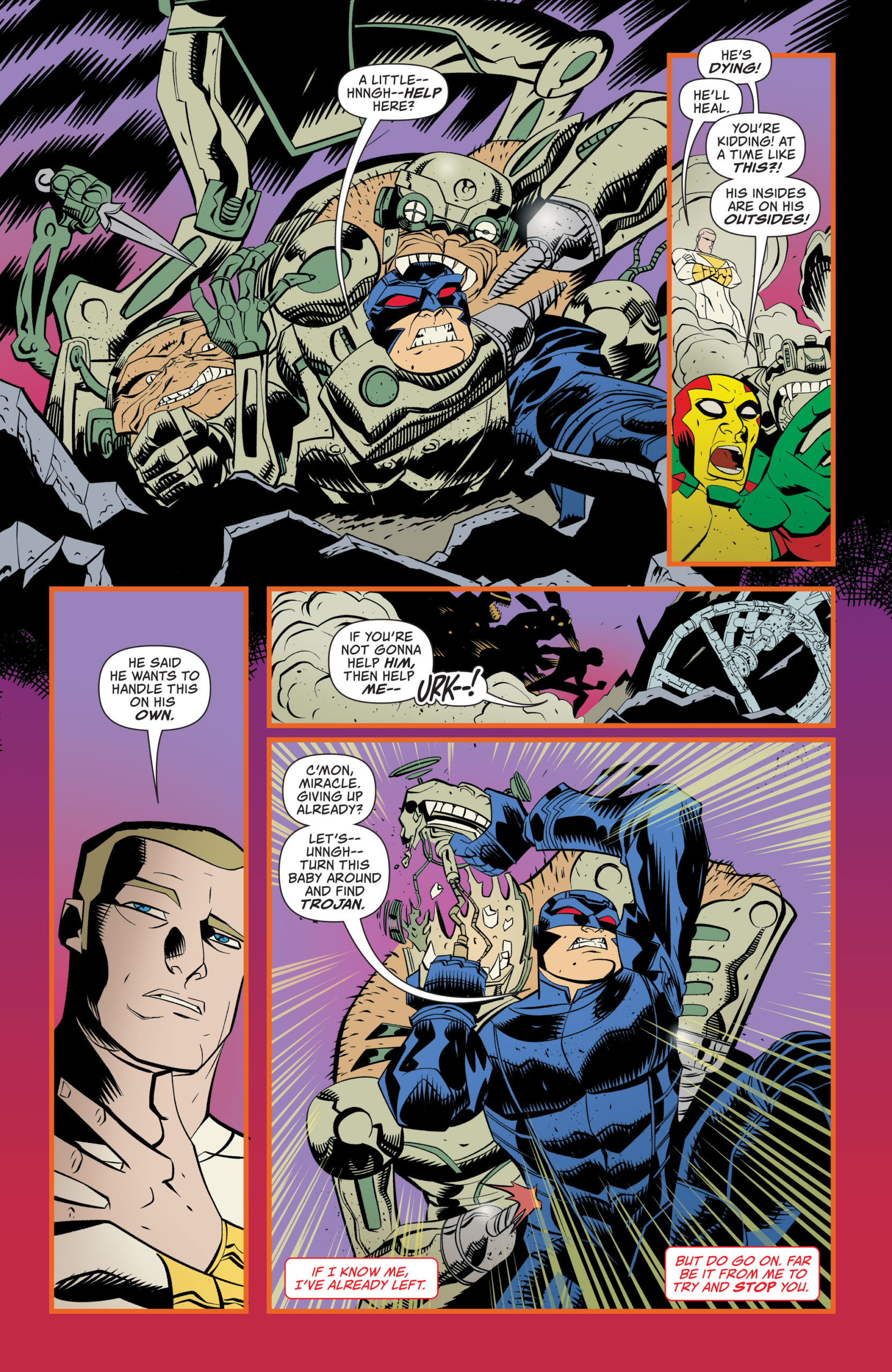 Along those same lines, it’s gratifying to see Mister Miracle brought in to a state of friendship with Midnighter.  By the end, there’s no doubt that Shilo and Lucas can call on each other for help should the need arise.  They have this shared experience now and it goes a long way in building a bond even if they don’t always see eye to eye on things.

I’ve commented at length at Michael Avon Oeming’s ability to evoke Jack Kirby in his work and it’s no different here.  We get that dynamism and drama as well as the epic feel so associated with Kirby’s work, but in addition, Oeming brings an intimacy to his characters.  He’s able to reveal Lucas’ vulnerability as the script calls for it in the expressing and tilt of the head.  He is also able to demonstrate Apollo’s nobility in a few gestures as well as his concern for Midnighter just as subtly. 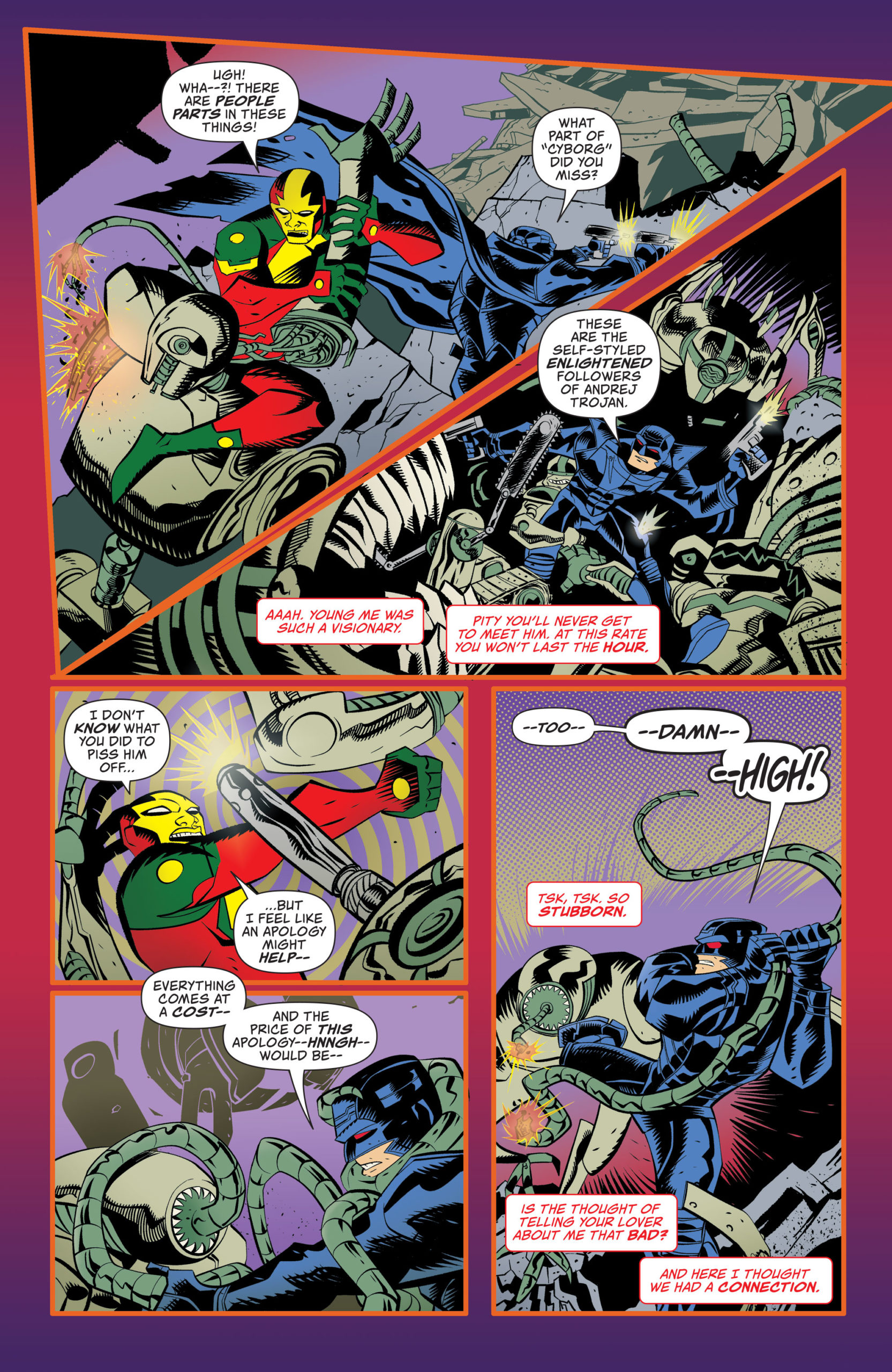 The only potential negative is that what is to come next will not get told.  We already know that Midnighter won’t be in Action Comics #1035, so Midnighter’s next appearance will be in Superman and the Authority #3.  It should come as no surprise that this particular tale felt like it belonged under the Young Animal Comics imprint.  Besides sharing creators we’ve seen on some of those titles, the story definitely has the feeling that it’s reaching for something beyond the standard super-hero tale. 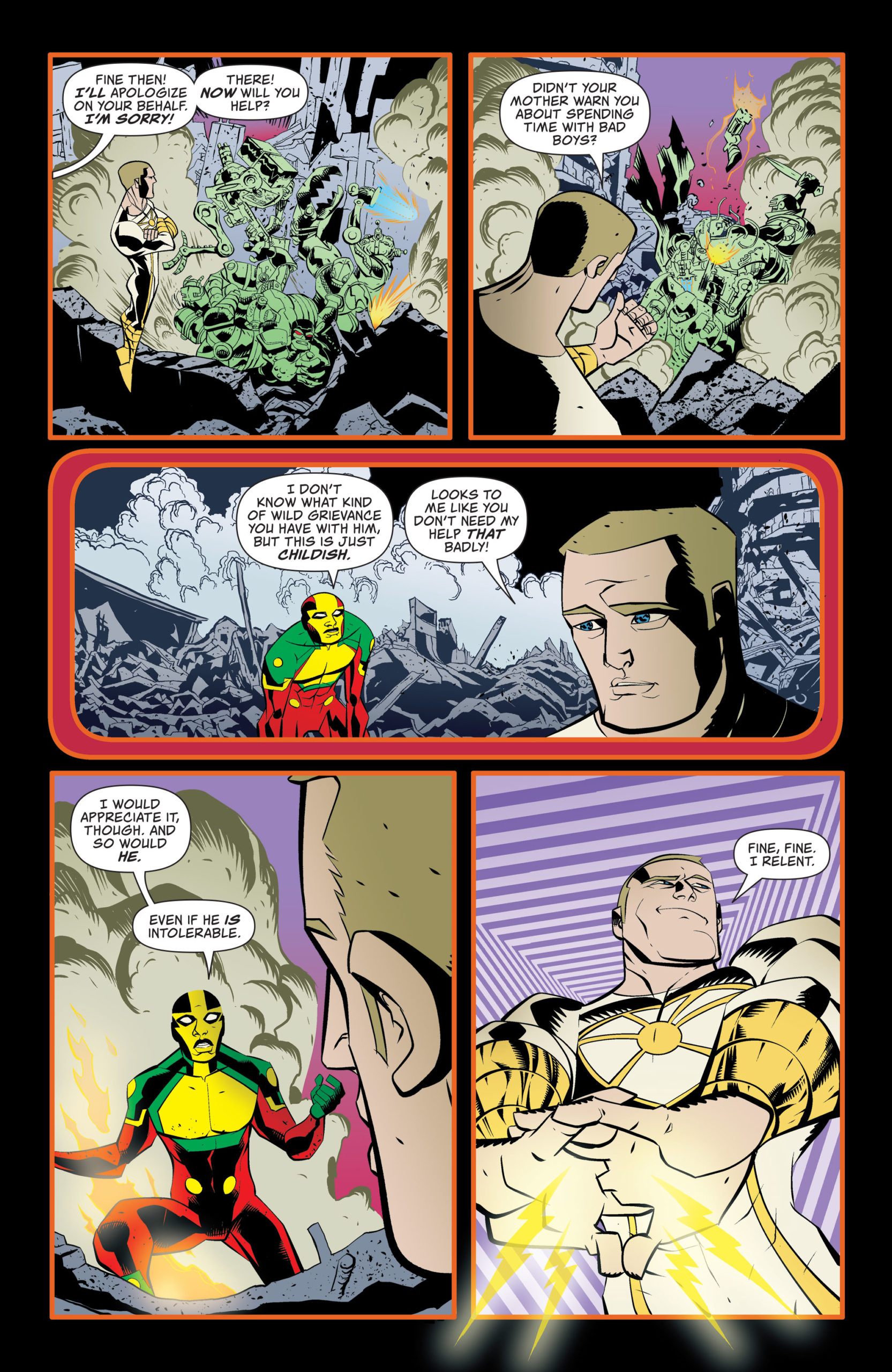 Even if you haven’t been keeping up in Action Comics, Midnighter 2021 Annual #1 is able to be read by a new reader and understood.  It’s an exciting and thought-provoking finale to a series that’s been dynamite since chapter one.  “The Passenger” concludes with the surprises and insightful character components that have made it stand out.