Zatanna: The Jewel Of Gravesend

Zatanna’s not your typical New Yorker. She walks her giant rabbit on a leather leash down the boardwalk, lives in a colossal architectural wonder known as the Golden Elephant, had her first kiss in the Haunted HellGate ride – and wouldn’t have it any other way.

The time for having fun in Luna Park comes to an end when a mystic’s quest for a powerful jewel unravels everything Zatanna thought she knew about herself and her beloved neighborhood.

Mysteries and magic surround her as she reveals the truth about her family’s legacy, and confronts the illusion that has been cast over her entire life. 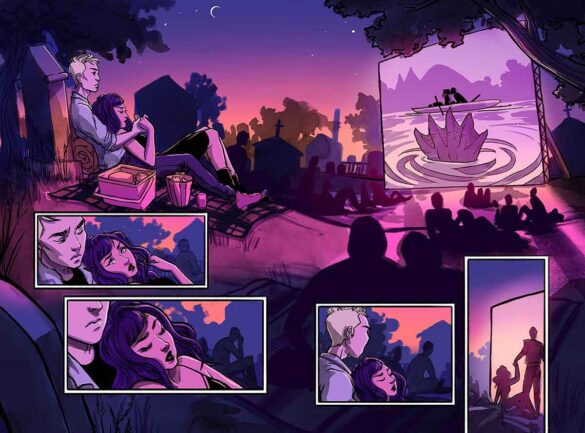 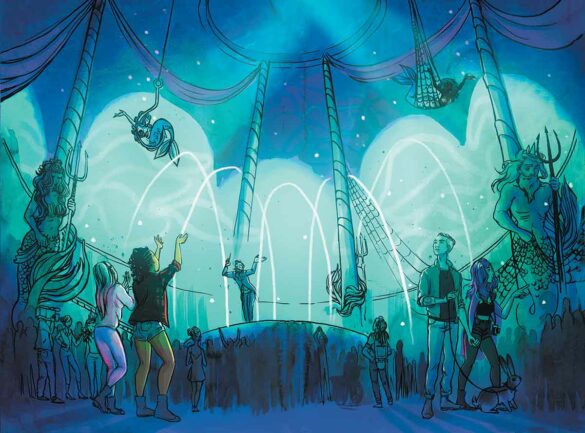 DC Entertainment’s ever-growing list of YA Graphic novels has never ceased to impress, and Zatanna: The Jewel Of Gravesend continues the trend. Here we have a book full of magic, wonder, and the most realistic set of teenagers I’ve seen in (the many years) since I was one, myself. The dialogue is witty and full of emotion and the art, if you’ll excuse me, is pure magic.

Of course, this is also a Zatanna unlike any we’ve seen before. As with most of DC’s YA range, the creative team has given readers a Zatanna much like the one that’s been around since the 1960s but has also given her a backstory befitting a 21st Century audience. Usually, I’m a painful stickler for continuity, but all these wonderful re-imaginings feel like “Elseworlds”-type tales and make for wonderful introductions to classic characters, but tailored to bring in a whole new audience. 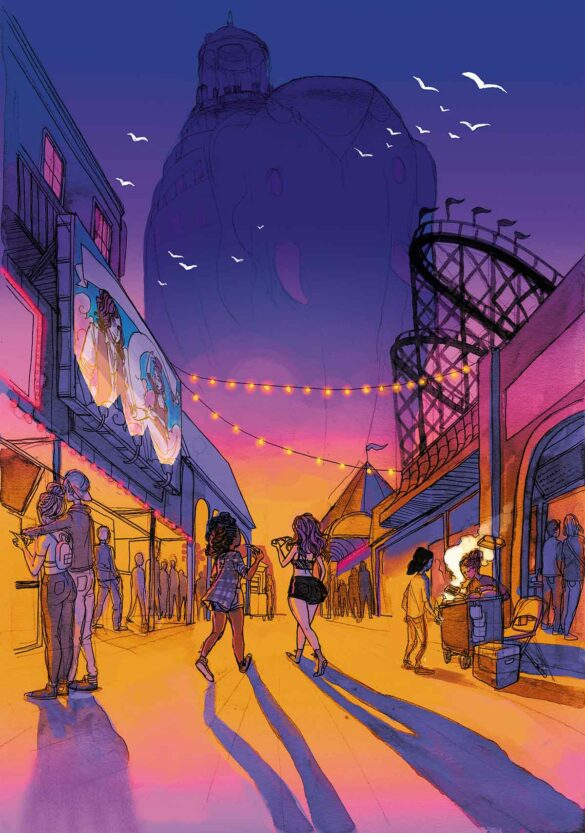 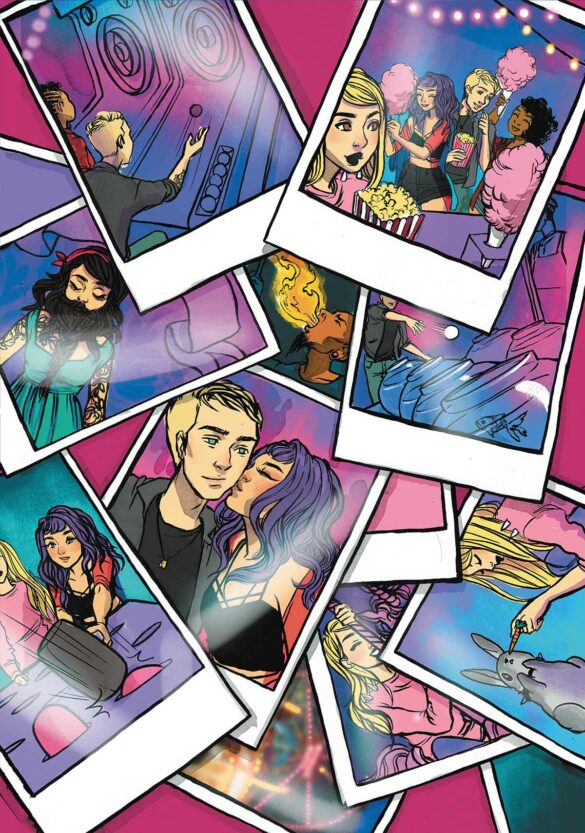 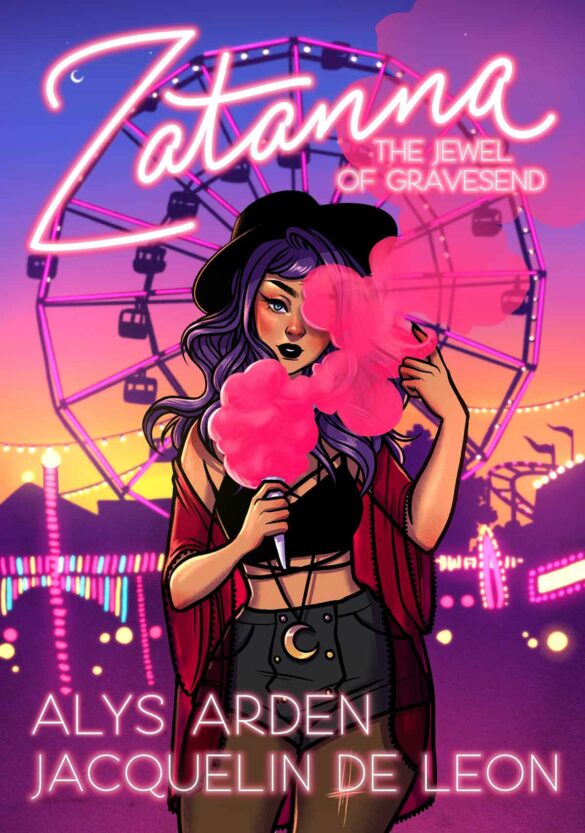 Not only is Zee (or Tanna… that’s a new one, and I like it) brilliantly written, her cast of supporting characters is as expertly handled as she is. The villain of the piece isn’t clearly revealed until the late stages of the book, many of my suspicions proved unfounded, and many of my guesses were wrong. As someone who’s been reading comics for over 45 years, that’s no mean feat! Alys Arden, I salute you.

The art and color by Jacquelin De Leon and Sam Lotfi is just innocent enough to draw you in, yet full of subtle details, and hidden depth. Clever little tricks, like making flashbacks purple, help the book stand out and feel fresh and new. Every female character appears and even seems to move differently, and every male character is completely distinguishable from every other. No one is drawn like a hero or like a villain, and these are people who feel, look, and speak like the people we meet every day. There’s some great storytelling on these pages.

Let me state for the record that I’m a huge Wes Abbott fan, but the lettering in this book made reading it a little tricky sometimes. I know that the soft art meant that heavy black outlines around the dialogue balloons would’ve been overkill, but a faint one would’ve made conversations easier to follow. This is a minor gripe as, apart from that, Mr. Abbott’s work was, as always, extremely good. His efforts do help to make the book look different.

I’m a huge, card-carrying, die-hard Zatanna fan. Just read any comics review I’ve written about any story that features her, or listen to any of the podcasts I’ve appeared on that mention her, and you’ll know I’m telling the truth.

Zatanna: The Jewel Of Gravesend is a great book for those who, like me, already love the Zee, but it’s also one I’d gladly hand over to folks who may never have heard of her. Of course, with the rumor of music star Dua Lipa being considered to play Zatanna in an upcoming DC project, and J.J. Abrams’ Justice League Dark TV show in the works, those days are most definitely numbered.

The words and pictures in this book are enchanting, and it’s a highly recommended read. This book is for any adult, young or otherwise, and can be enjoyed by any fan aged 15-55… at the very least.

It’s out on July 26th, so go out and buy it for the magical person in your life.