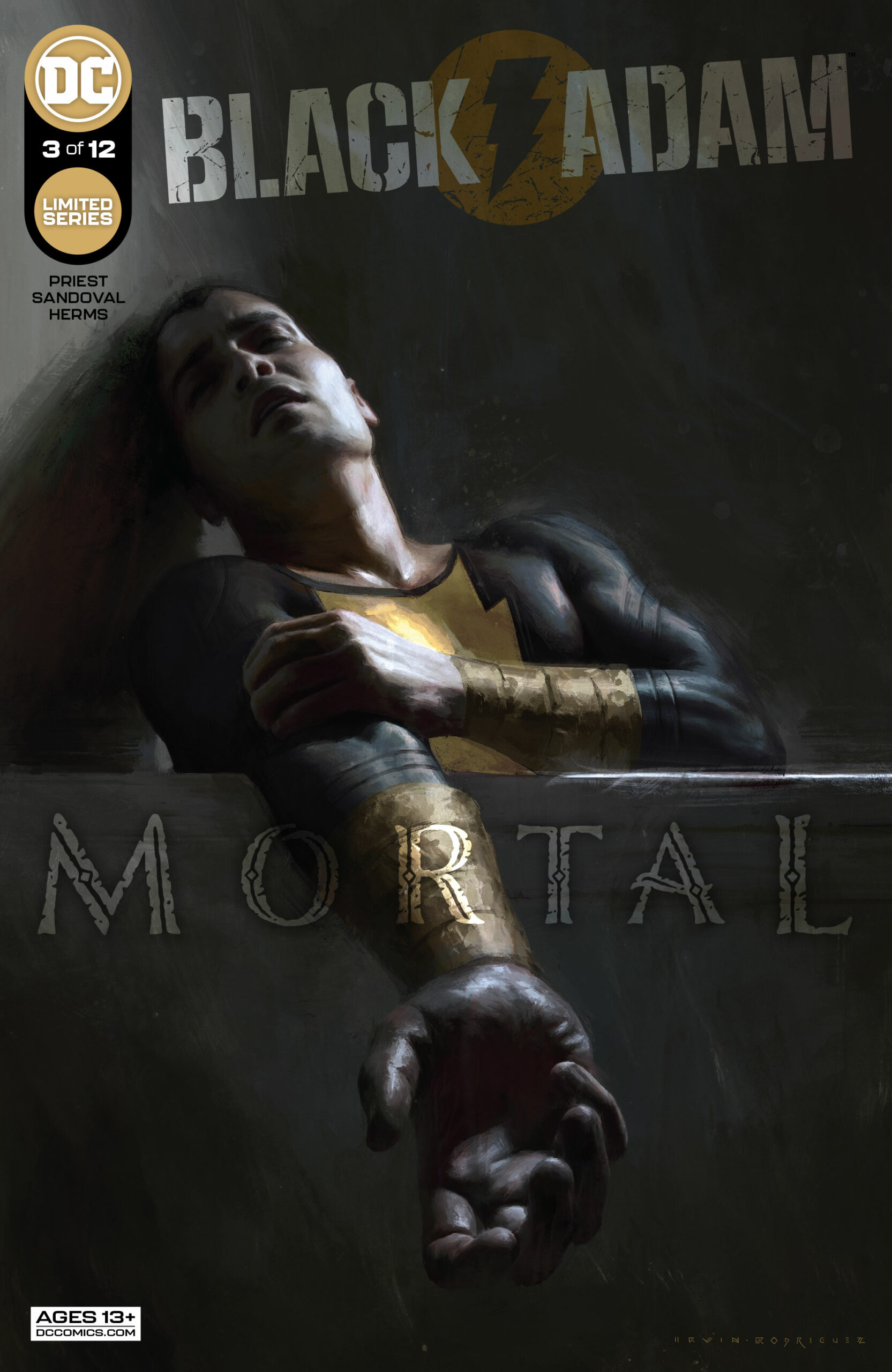 Black Adam is dead… kinda. As established in Black Adam #1, Teth-Adam threw down with the evil god Darkseid while traversing the farthest reaches of the cosmos. However, Black Adam #3 retcons this encounter, revealing that it wasn’t Darkseid that Black Adam pummeled, but rather it was the Mesopotamian goddess Ishtar in disguise who gave Teth-Adam a cosmic stank-arm virus.

After Black Adam was declared dead at the end of last month’s issue, his successor, Malik White (aka “White Adam”), manages to revive the Kahndaqi dictator by “shazaming” him with a defibrillator.

Meanwhile, Black Adam’s soul is wandering the bowels Irkalla, the Mesopotamian underworld. Here he encounters various Mesopotamian deities who are hellbent (pun intended) on torturing him for all eternity. 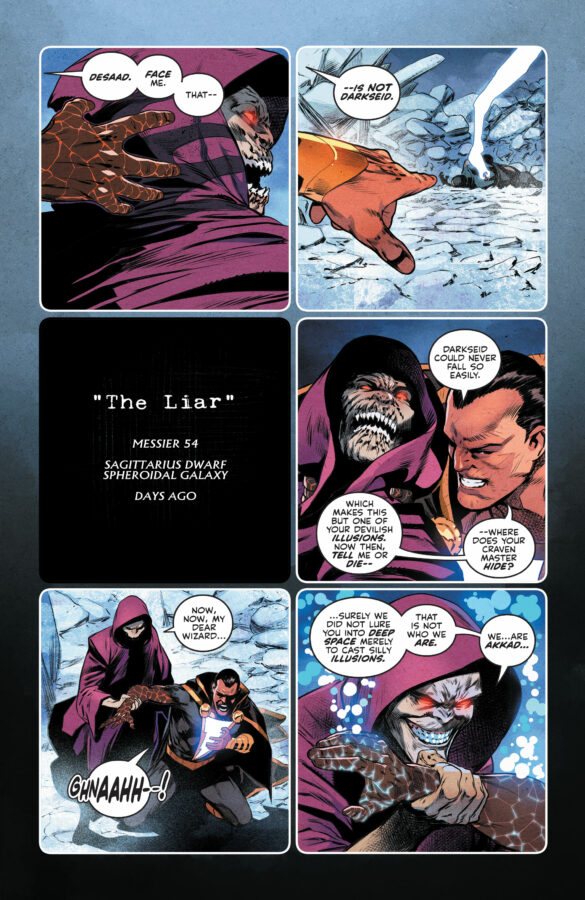 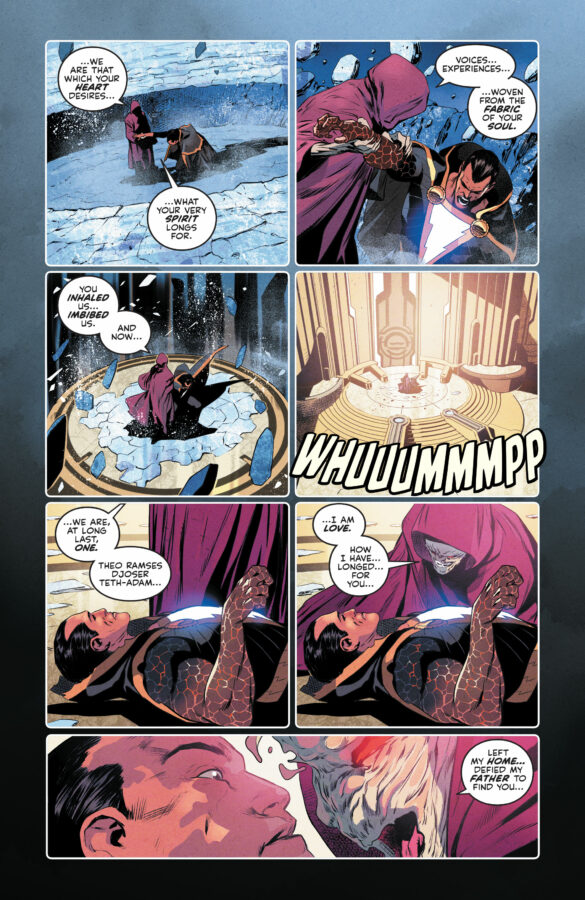 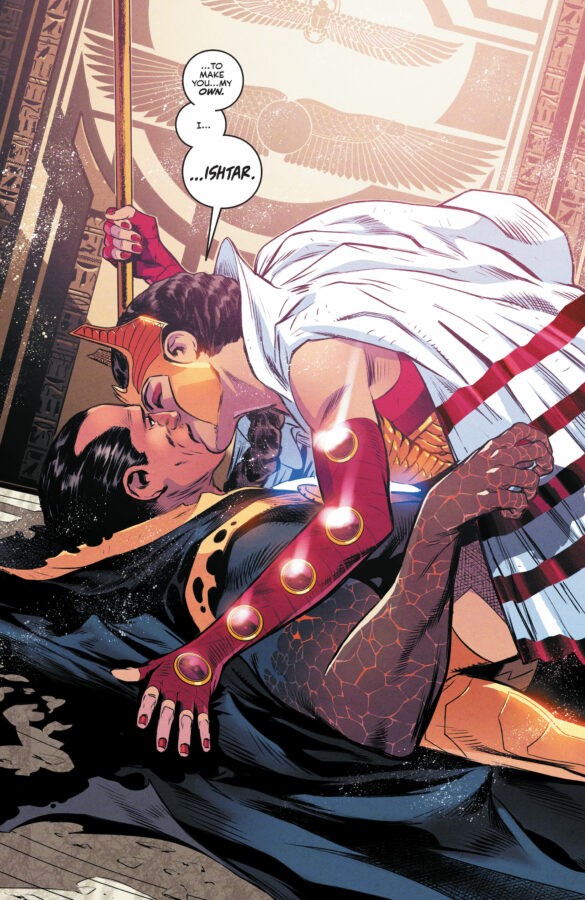 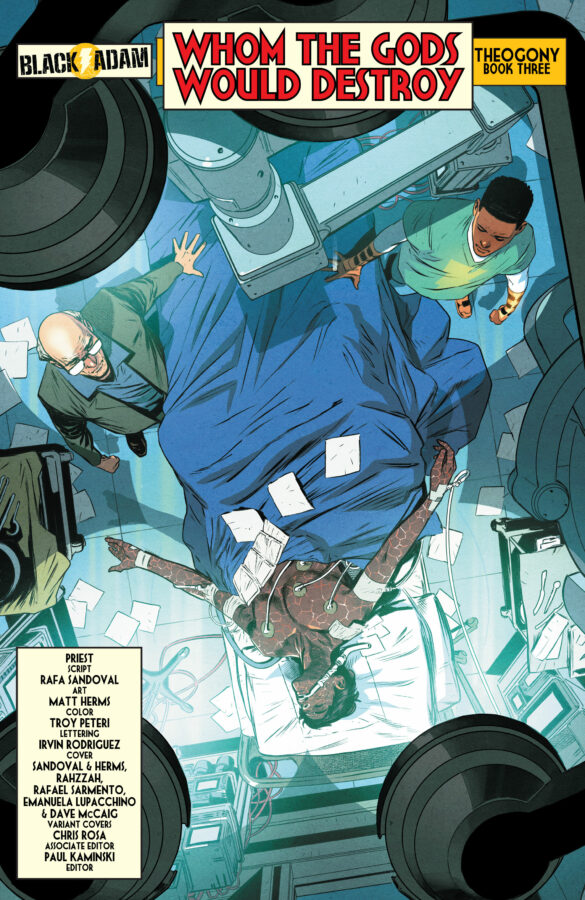 Christopher Priest is literally a priest. Seriously, he’s an ordained Baptist minister. Therefore, it’s unsurprising that Priest would deal with theosophical questions in his writings. While Black Adam is tussling with gods in Mesopotamian hell, his adversaries challenge his basic beliefs.

Black Adam is fundamentally a mythological character, as he wields the powers of various Egyptian gods. So, when faced with the horrors of the afterworld, Teth-Adam grapples with self doubt: “maybe all of this mythology stuff is nonsense. His oppressor, Sargon of Akkad, pronounces that he is the “thorn in the side of the gods”. As he physically assaults Adam, he also asserts very modern notions about myth and religion: they are products of oxygen deprived brains hallucinating. While this would naturally give Black Adam an existential crisis of sorts, it also feels like Priest might be working out some of his own fears about faith in the modern world. As always though, these things are left up to interpretation, which is one of the things that makes Priest such a fascinating writer.

Context: I’m a high school English teacher. Every year my first unit is Comparative Mythology. I’m generally well-versed in various world mythologies; however, I had no clue who any of these gods and goddesses were. I had to google “Irkalla”. I’d wager that the vast majority of his readers are unfamiliar with Mesopotamian mythology, which adds a another level of complexity to an already dense issue. 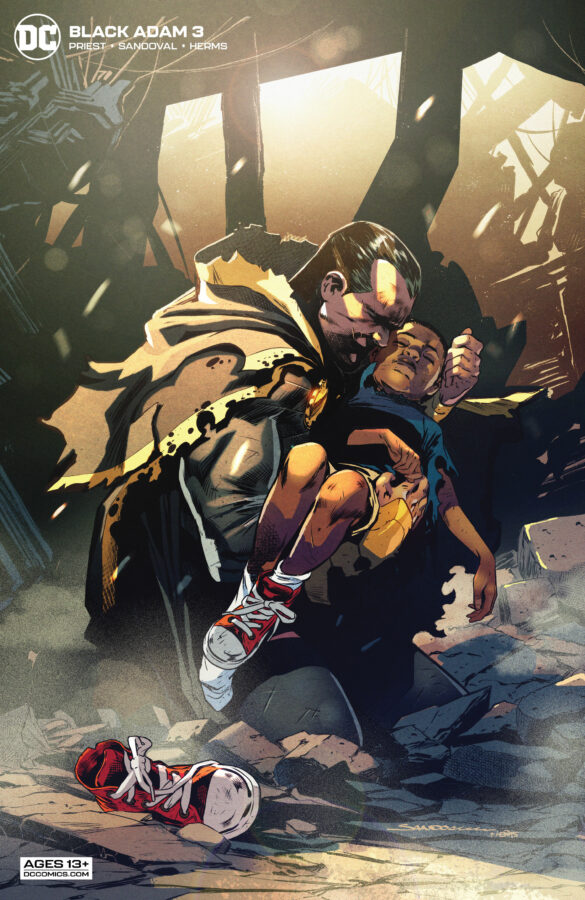 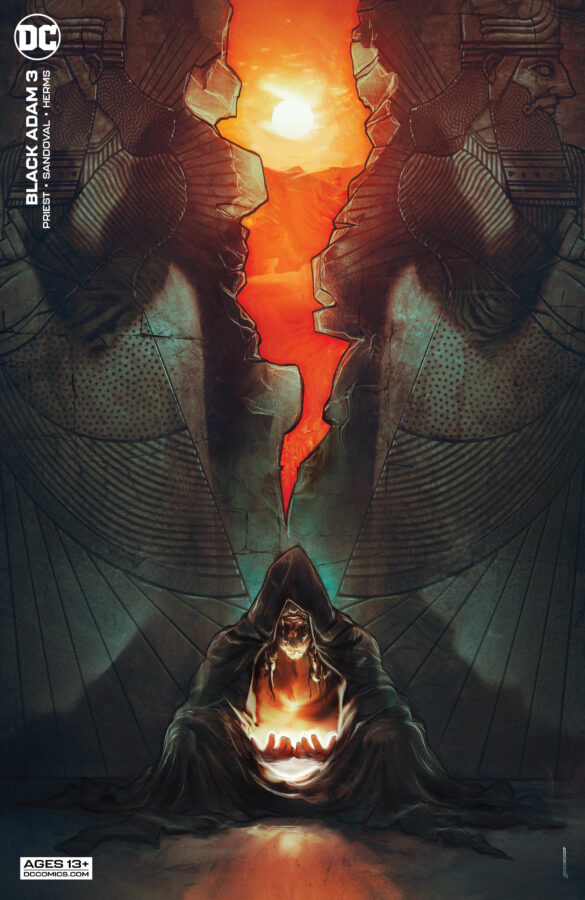 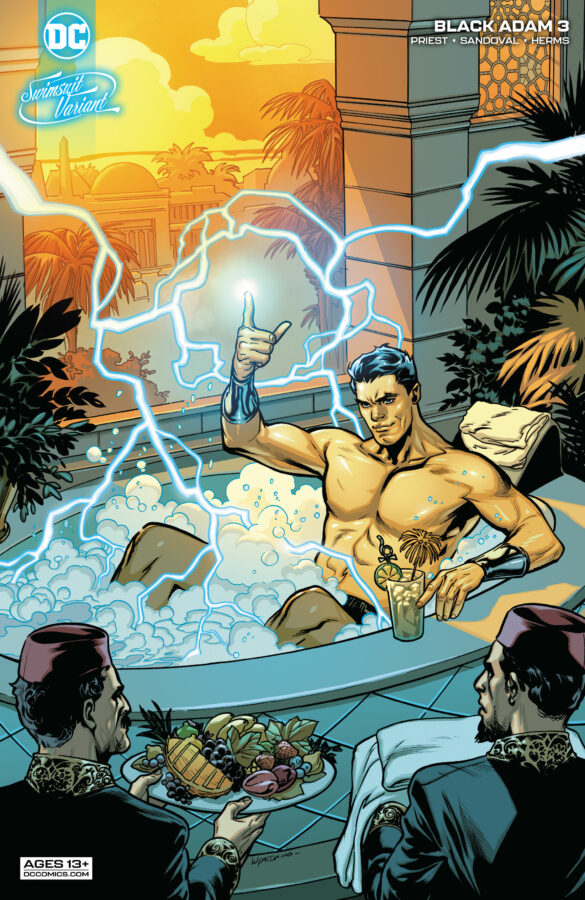 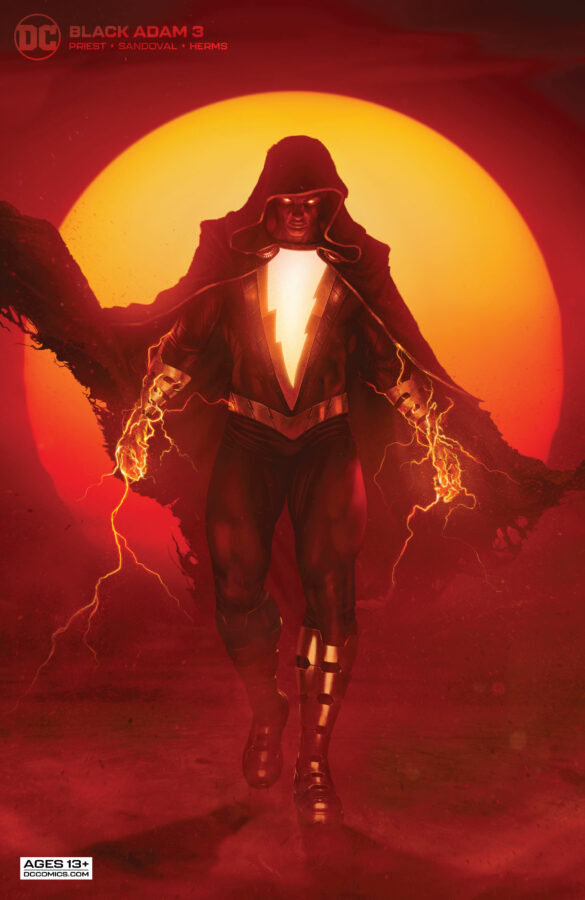 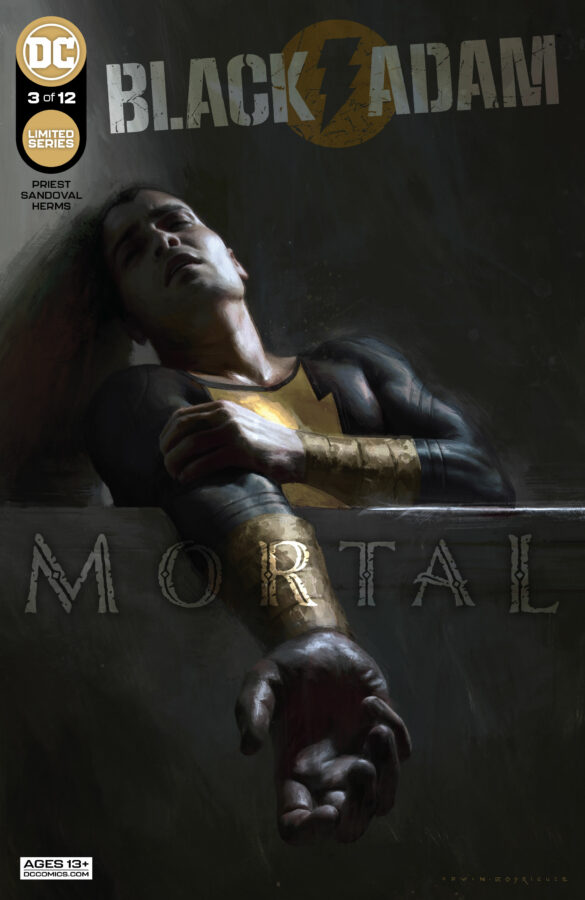 After reading this issue, if wasn’t clear before, it’s painfully evident that Christopher Priest in an incredibly intelligent and well-read individual. However, this could easily be off putting for the more casual reader. Not many people want to stop reading a comic in order to Google Mesopotamian mythology references. That’s only for uber-nerds like me.

Black Adam #3 continues to be a complicated read. This isn’t light reading material for poop sessions. No – Black Adam is an interesting examination of one of DC’s most complex villains, as it explores questions around science, myth, politics, and more. If you like intellectually stimulating comics, this book is for you. However, if you’re looking for a fun punch-’em-up, I suggest you look elsewhere.