Everything old is new again as one of the leading toy manufacturers in the business restores one of the most popular lines of DC action figures with McFarlane Toys SUPER POWERS! 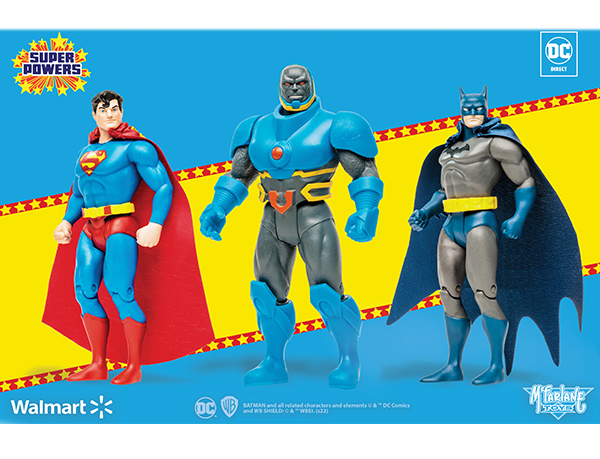 In the 80s the toy market was the most competitive and toy makers were looking for the most enduring franchise that they could build upon. The most popular action figures on the shelves were raised to new levels of popularity with their own animated series that played as an encapsulated toy commercial much to the bane of parents all across the country. There was one particular line that perhaps didn’t have to go that far to gain its appeal, and it had proven a television-ratings winner as a Saturday Morning Cartoon for decades.

When Kenner Toys (the proprietors of the Star Wars franchise) was looking to compete against the likes of Mattel’s Masters of the Universe, Hasbro’s The Transformers, and G. I. Joe: A Real American they set their sites on the time-tested DC Comics Universe and unleashed the SUPERS POWERS Collection of 3 ¾ inches action figures! Each figure in the premiere line-up was an authentically detailed reproduction of everyone’s favorite Super Friends, and cleverly articulated a “superpower” that matched the hero they represented!

Superman had a super-powered punch, The Flash moved his legs to simulate a running action, The Joker swung his madcap mallet, and Wonder Woman crossed her bracelets to deflect enemy fire! Each figure came perfectly packaged in a bright blue, red, and yellow blister card with a collectible card and exclusive comic book adventure. They also featured accessories like Aquaman’s trident and The Penguin’s deadly umbrella that revealed a sharp sword for defense. The initial line of Super Power action figures was a best seller and prompted two additional lines before it was discontinued. 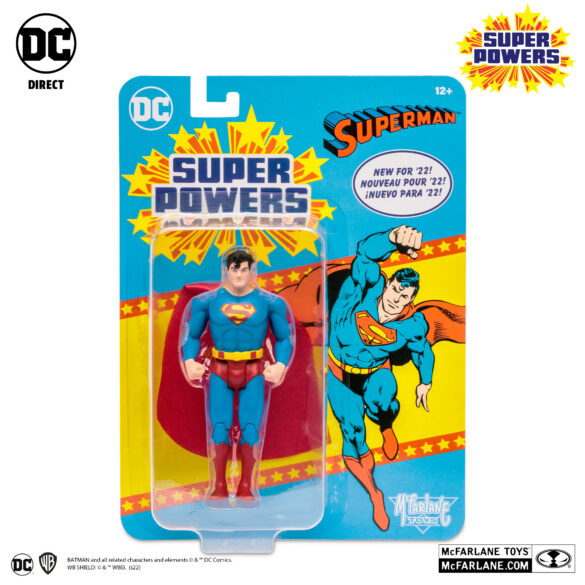 Relive the 80s! SUPER POWERS are back! 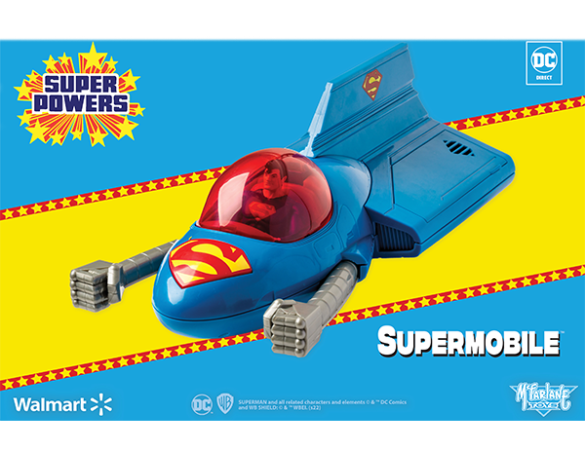 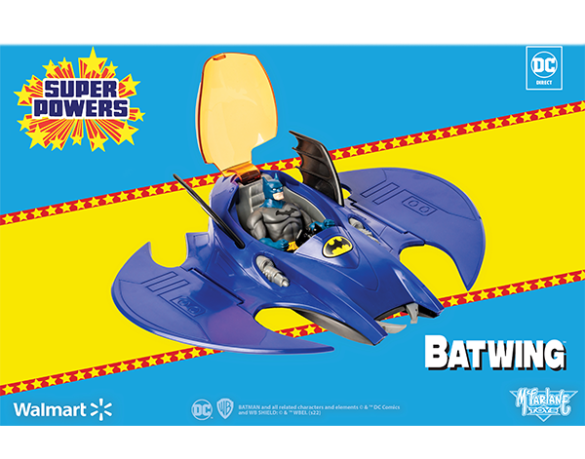 ...and the BATWING with movable actions.

Now, 40 years later, adult collectors can appease their nostalgia as toy designer Todd McFarlane’s McFarlane Toys resurrects the SUPER POWERS Collection. Paying homage to what had come before, McFarlane Toys which currently owns the license to produce DC-related action figures, accessories, and collectibles to the mass market, in a partnership with Walmart is making the first three figures in the line inspired by their predecessor to include Superman, Batman, and the evil New God Darkseid. The figures are in a classic 4” scale and will feature the anticipated 5 points of articulation.

Though Superman is modeled in a contemporary deco of the 80s original, Darkseid is the exception designed to match the villain’s “New 52” look, while Batman is also recast in the Jim Lee-inspired look from “Hush”. Along with the proper accessories, the figures are also fitted to scale play in a striking Batwing assault flier, and Supermobile designed to protect the Man of Steel in the event he needs a boost of power! Both vehicles feature unique weaponry to extend the gameplay. So far, these are the only current releases in the line, but more will undoubtedly follow.

‘In Blackest Night Out’ Lights Up Las vegas