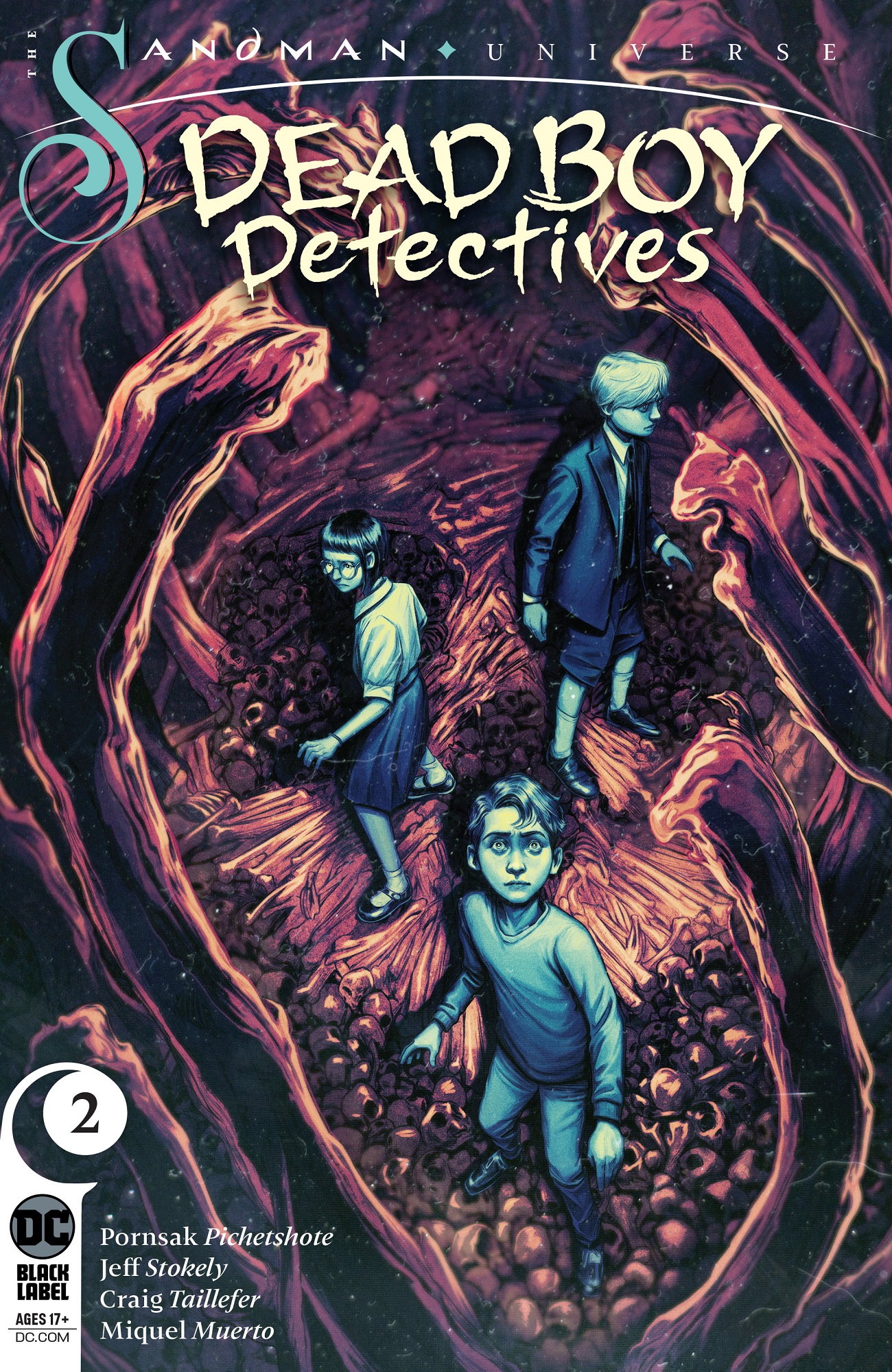 Dead Boy Detectives #2 sees Edwin and Charles help their new friends track down a killer ghost, while a horde of ghouls begins to hunt them.

Last month we met three Thai ghosts; Melvin, a Snake Ghost, Jai, a Hollow-Backed Ghost, and Tanya, a Mother Ghost. Having died between the 1970s and the present the three were taken care of by the Thai Ghost Doctor, Dom, until his untimely demise at the hands/claws/ethereal talons of a fourth ghost, the deadly Krasue. This fourth monster is a normal human woman by day, but at night her head and spine detach as she hunts down helpless victims.

Pornsak Pichetshote is weaving a fascinating tale; part whodunnit, part thriller, and 100% horror. The great part is, while every cast member is dead, they’ve all got more spark, humanity, and personality than some folks that are still alive. The script is great fun to read and every character has their own strengths and characteristics, making them fascinating to follow.

Edwin’s crush on Tanya and Charles’ unspoken, yet all too clear, unrequited love for Edwin are sure to cause fireworks in later issues. Oh, the joy and pain of passion! It’s fascinating to see that this isn’t just something that just affects the living.

This month the creative team’s joined by inker Craig Taillefer, who does what any great inker should do; finish the penciller’s art in a way that highlights both artists’ skills, but doesn’t wash away the penciller’s style. Yes, the visuals in this book are fairly cartoony in style, but the skill is in the storytelling, the characters’ faces, and the deep, rich backgrounds. 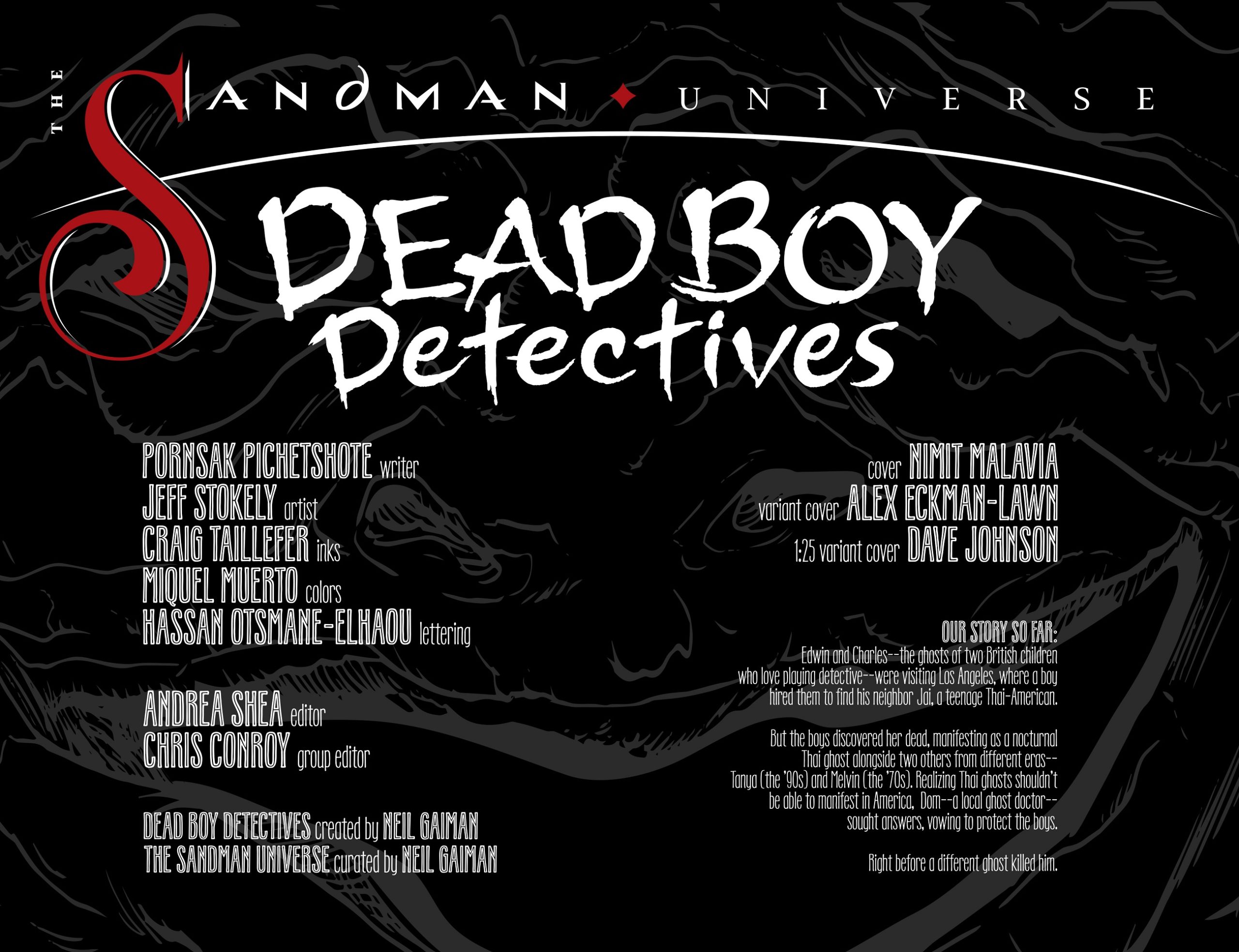 I’m totally into this mythology. Thai culture and spiritual beliefs are brand new to me and I find them fascinating. The way the new ghosts only appear at night makes Charles and Edwin’s work harder, and the book that much more fun to read. This adds a whole extra layer of tension and drama to the proceedings.

This is just nit-picking, but where’s Thessaly? Hopefully, we’ll find out in issue #3.

The entire Sandman Universe has always been built on diversity and representation; both in its cast of characters and in the depth of stories it’s always told. The creative team behind Dead Boy Detectives #2 is honoring that legacy and building on it beautifully. Two issues in, and I’m well and truly hooked! The new horde of mutilated ghost babies is both stomach-churning and heartbreaking. More, please!