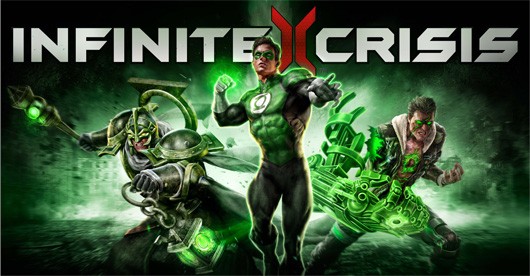 DC Fans, Comic fans and gamers unite!! There is a new DC Comics based game coming soon and available for open beta March 14. It is called Infinite Crisis, a title many DC Comics fans remember being a prominent storyline, which discusses alternate universes of the DC Universe.

The game itself features various fan favorites including Wonder Woman, Green Lantern, Batman and Superman, among others. Each of the characters wears their iconic costumes and some in new imaginative ones, including Mecha Superman, Nightmare Batman and Butcher Joker. It is a mix of an RPG (Role Playing Game) and strategy game or MOBA (Multiplayer Online Battle Arena) to create a new competitive online gaming experience. The game is also free-to-play, which is awesome news! It is played with two teams of five DC heroes and villains who compete in combative trails across the multiple levels.

In a recent interview with IGN.com Executive Producer of the game, Jeffrey Steefel gave more information about Infinite Crisis. Here is the video below:

Are you interesting in Infinite Crisis? If so which characters will you be playing as? Let us know in the comments below.

If you are interested in trying the game out visit infinitecrisis.com