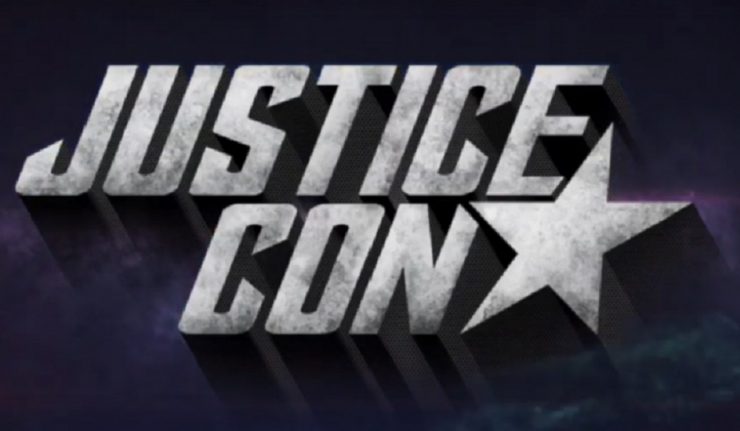 This weekend’s Justice Con has been a treat for DC fans, especially those of us looking forward to the long-awaited release of the Snyder Cut, which is set to drop on HBO Max next year. The online convention hosted by the Nerd Queens featured an impressive collection of panelists, including Cyborg actor Ray Fisher, producer Deborah Snyder, and the man behind the dream himself, Zack Snyder. Justice Con could have easily been named Snyder Con, thanks to its robust coverage of all topics DCEU related. The biggest question on the table: what did fans miss when 2017’s Justice League hit theaters? As we’ve all suspected, the answer is a lot.

Luckily, this con seems to have left no stone unturned when it came to nailing down the truth about Zack Snyder’s vision for the DCEU, and of the talented voices that gave their hearts to crafting a cinematic universe. Most importantly, Justice Con’s line-up questioned how inclusive the DCEU has been toward under-represented groups and how (we hope) the Snyder Cut will elaborate on the diverse storylines we haven’t gotten enough of. Below are some of the Justice Con panels that focused on representation and inclusion in DC films.

In Spotlight on Ray Fisher, we got an in-depth look at Ray Fisher’s journey to becoming Cyborg and his hopes for the future of one of DC’s most iconic black characters. In Deborah Snyder and Snyder’s Amazons, producer Deborah Snyder talks about female empowerment in Zack Snyder’s films and how her position has impacted the DCEU we know today. In Diversity in Zack Snyder’s Films, panelists got the chance to weigh in on the images that made their hearts soar, and where the DCEU fell short.

Any fan excited about the Snyder Cut owes a debt to Ray Fisher. Fisher was perhaps one of the earliest DCEU pros to insist that there was another version of 2017’s Justice League, a version that would live up to fans’ expectations and Zack Snyder’s goals. Throughout the panel, he discussed how he came to the role of Cyborg, and his involvement in helping the production team write Cyborg with the depth and honesty the character deserved. Sadly, Fisher’s well-crafted Cyborg was not the one we saw in theaters. Fisher has previously expressed frustration over the way the movie was handled after Joss Whedon took over production. While Snyder seems to have given his cast a voice in standing up for their characters, Fisher’s opinions were essentially bowled over in Whedon’s edits.

Upon finding out that the Snyder Cut was happening, Fisher was elated. After months of hard work and soul searching for the voice of Cyborg, seeing the one-dimensional portrayal that (barely) made it into theaters was a blow to the actor. Certainly, Fisher could have let the movie stand as it was and moved on to the next project, but this was a bigger monster for Fisher than just a box office flop. He felt, as many fans do, that Cyborg is far too important to comic fans, especially fans of color, to function as what was essentially promotional embellishment. In Fisher’s eyes, letting go of the potential he knew the movie had was a question of moral fiber. “[We talk about] truth, justice, and all of these things. You have to ask yourself at some point, is this something I’m portraying or something I actually believe in?”

Fisher’s determination and vocal support for the Snyder Cut “opened the floodgates,” as Nerd Queen’s Nana put it. His willingness to take up the fight and talk about things that may have been viewed as taboo or uncomfortable by other actors opened the door for a public discussion about creator’s goals and Hollywood interference, and prompted a global conversation on how mainstream media handles superheroes of color, and how these portrayals impact the millions of fans that flock to theaters to see them.  Check out the full Spotlight on Ray Fisher panel here:

Deborah Snyder, Co-Founder of The Stone Quarry production company, sat down with Justice Con’s moderators to talk about her rise to Hollywood success, the role she played in husband Zack Snyder’s films, and her vision when it comes to shaping the future of the film industry. Deborah is no stranger to working hard for your dreams. Born and raised in New Jersey with her eye on a future in advertising, Deborah credits her success to tenacity and drive. Her story is a classic “work your way up” tale, with a sharp reminder that getting to the top means hard work, hard compromises, and a willingness to try. When it comes to expensive recording equipment and studio status, Snyder doesn’t see these elements as necessary for a creator with a story to tell. Even if you only have a smartphone and an idea, “don’t think you cant do it […] tell your story.”

The emotional value of representation in storytelling is not lost on Snyder, who recalled the first time she saw Gal Gadot sport the full Wonder Woman costume on set. According to Snyder, she and many of the crew members had tears in their eyes when they caught the first glimpse of comics’ most beloved superheroine primed for the big screen. Finding an actress capable of making Wonder Woman feel real, of embodying her kindness and grace, was paramount to making the film a success. The search for the right actress was extensive, but in Snyder’s estimation, Gadot lived up to the historical moment and carried the mantel with pride. She later went on to talk about the bravery of characters like Lois Lane and Martha Kent, who we will hopefully see even more of once the Snyder Cut is released.

When asked if she felt she has an impact on her husband’s films, Snyder remarked “I think I do. I’m a little biased […] but he loves powerful women and he’s really conscious about surrounding himself with powerful women, whether it’s behind the camera on set or whenever he’s writing.”

Snyder seems to have been very involved in her husband’s writing process, and in keeping the production’s eyes open to diversity in both the cast and crew. Her approach is very hands-on, even prompting her to take an active role as a mentor to young women dreaming of breaking into the film industry. She appears to be a producer with a real sense of the impact films have on fans, and an even deeper sense of the magnitude of characters like Wonder Woman, Superman, and the whole of the DC Universe.

Deborah Snyder is full of heartfelt advice and powerful insight for fans, creators, and anyone looking to chase their dreams. I would recommend watching the full panel here for more on tenacity, hope, and female empowerment in Zack Snyder’s films:

Guest panelists Jonita Davis, Sheraz Farooqi, and Chris Wong-Swenson joined together to discuss representation (or lack thereof) in modern superhero films. While much of Justice Con focuses on the hope of seeing the Snyder Cut and the merit of the DCEU we already have, this panel looked a little more closely at what narratives we have not seen and how these omissions impact fans across the globe.

Sheraz Farooqi, writer, journalist, and Superman fan extraordinaire, weighed in on Snyder’s Superman and the cultural legacy behind him. To Farooqi, Snyder’s portrayal of Superman does an excellent job of depicting how difficult it can be to “bounce between cultures” and build a new identity from the ground up. Superman is hailed as an icon of “truth, justice, and the American way,” which sometimes leads us to forget that he is an outsider, not just to America, but the entire human race. Farooqi talks about the personal complexities of being born and raised in the U.S. while maintaining deep ties to his family and culture abroad. Superman seems to depict an ideal of immigration, one in which it is possible to become a fully realized member of a new culture while sharing the talents and gifts of a distant homeland. In Farooqi’s words “that story of identity becomes a story about society and what society means for people of color.” He goes on to talk about the ways in which Snyder’s superman helped redefine his legacy for a new generation, and why this evolving image is so important for bringing in new fans.

Panelists also discussed the state of POC representation within the DCEU. While many fans were initially excited to see Cyborg on the big screen, the theatrical release version of the film cut out much of his character development, thus erasing an opportunity for fans to connect with a well-written black lead. Echoing Ray Fisher’s disappointments, Jonita Davis stated that “[They] butchered him out of this movie.” This misstep is especially sad considering DC’s general lack of black leads in feature films. On a positive note, the panelists agreed that the diverse casting of Wonder Woman’s Amazons was a pleasant surprise. On Themyscira, black, white, and Asian Amazons fought alongside Diana. Even so, the negligence applied to the final edit of Cyborg’s story was an emotional slight to fans of color, especially those who have grown up loving and supporting the character.

Moderator and Nerd Queens host, Nana, pointed out another critical aspect of Cyborg’s mishandling. She noted that Cyborg is an example of representation for not only POC fans but fans with disabilities as well. Being deprived of the chance to see him adapt to his new situation and wade through the emotions that come with being physically different from those around him took away an important layer of Cyborg’s character. With any luck, the Snyder Cut version of Justice League will give some of these layers back to Cyborg and explore the full potential of a truly beloved character.

Diversity in Zack Snyder’s Films was an incredibly candid and informative panel. I would absolutely recommend watching the whole panel here:

Though the cancellation of San Diego Comic-Con has been a huge disappointment for many fans, online conventions like [email protected] and Justice Con are making it possible for fans to engage with the content they love and connect with fellow fans across the globe.

Did you have a favorite panel from this past weekend? Let us know in the comments below.