Batman: Earth One Volume 3 Is Finally On Its Way! 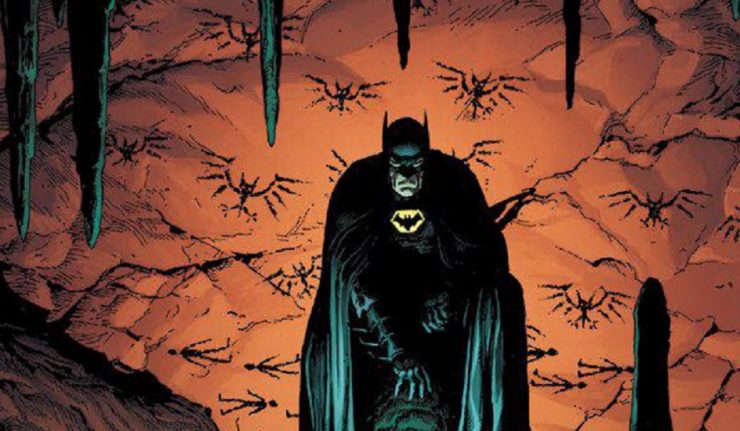 It’s finally coming, folks! The next installment in the Dark Knight’s chapter of the fantastic Earth One line is heading to a shop near you next year!

Back in July, writer Geoff Johns said the book was already finished and was just waiting on DC to release it.

Check out the official synopsis below:

Harvey Dent is dead. Or is he?

A gang of thieves thrusts Gotham City into a state of fear when they are mysteriously well-armed with military-grade weapons: flamethrowers, grenade launchers, and even tanks.

And this gang claims it is funded by none other than former district attorney Harvey Dent.

Bruce is distracted by the seemingly impossible return of another figure believed dead: his grandfather Adrian Arkham. He must also comfort his longtime friend, Gotham City mayor Jessica Dent, who is scarred both physically and mentally from her experience with the Riddler, which resulted in the gruesome death of her brother.

But is Harvey back, plotting revenge on a city he proclaims to be guilty?

When Batman discovers the truth behind these many mysteries, his entire world unravels…

Batman: Earth One Vol. 3 is written by Geoff Johns with art by Gary Frank, Jon Sibal and Brad Anderson.

Gary Frank and Brad Anderson have even released the cover image for the book (in both B&W and full color) on Twitter, which you can see below in all their wonderful glory.

If you’re unfamiliar with the Earth One line, do yourself a favor and pick some up. This line has brought us some amazing new stories for Batman, Superman, Wonder Woman, the Teen Titans, and my favorite, Green Lantern.

The first volume in the Batman line was released back in 2012, with volume 2 arriving in 2015. But now, after a long six year wait, volume 3 will finally come to fruition to the delight of Bat-fans across the globe.

Batman: Earth One vol. 3 isn’t available for pre-order yet, but you can keep an eye on its Amazon page as well as right here at DC Comics News for more updates as they arrive.