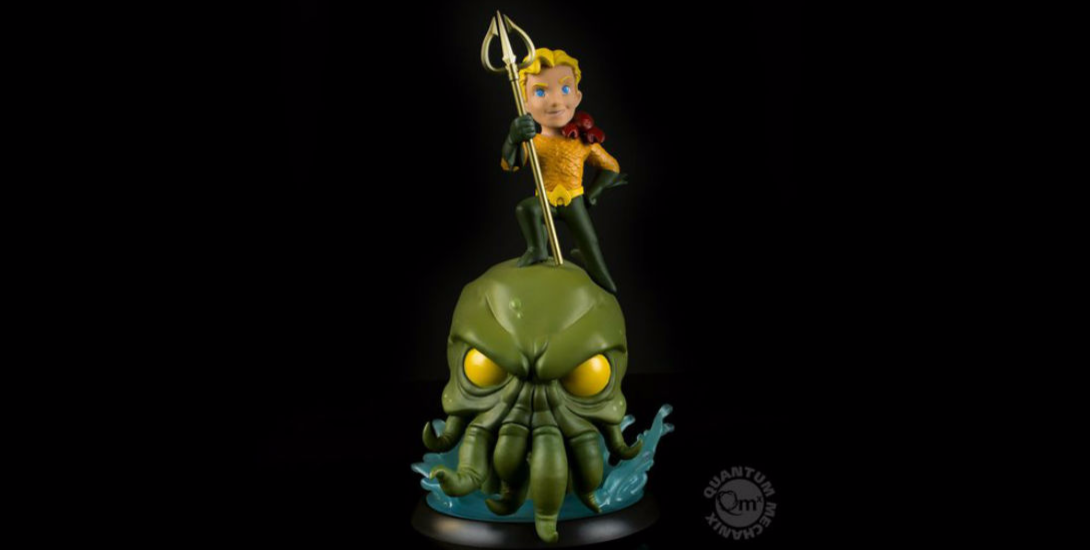 On a good day, Cthulhu, the fictional cosmic entity created by writer H.P. Lovecraft, has seemingly limitless contempt for humanity. But Aquaman has changed all that.

Using his telepathic ability to communicate with aquatic life, the King of the Seven Seas is partnering with this octopus-human-dragon hybrid. Sure, Cthulhu still looks a little cranky, but he and the ruler of Atlantis are now BFFs. In fact, they’re so close that the lobster on our hero’s shoulder is looking pretty steamed.

To all of Aquaman’s detractors, the duo says this: “Talking to fish is not a lame superpower!”

Aquaman & Cthulhu is the first in our line of Q-Fig Max Figures, which feature extra-large dioramas that make these figures about twice the size of standard Q-Fig when viewed in their entirety. made of PVC and Measuring 5.12″ wide x 7.18″ high with a cost of $49.95.

You can still imagine the unending “Hahaha” coming from this richly enameled pin that’s based on artwork straight from DC Comics’ design vault.

Our Suicide Squad Joker Lapel Pin features the master criminal with bright green hair, a red gash of a mouth and his name in royal purple.