Constantine #7 Review: Of Mages and Men 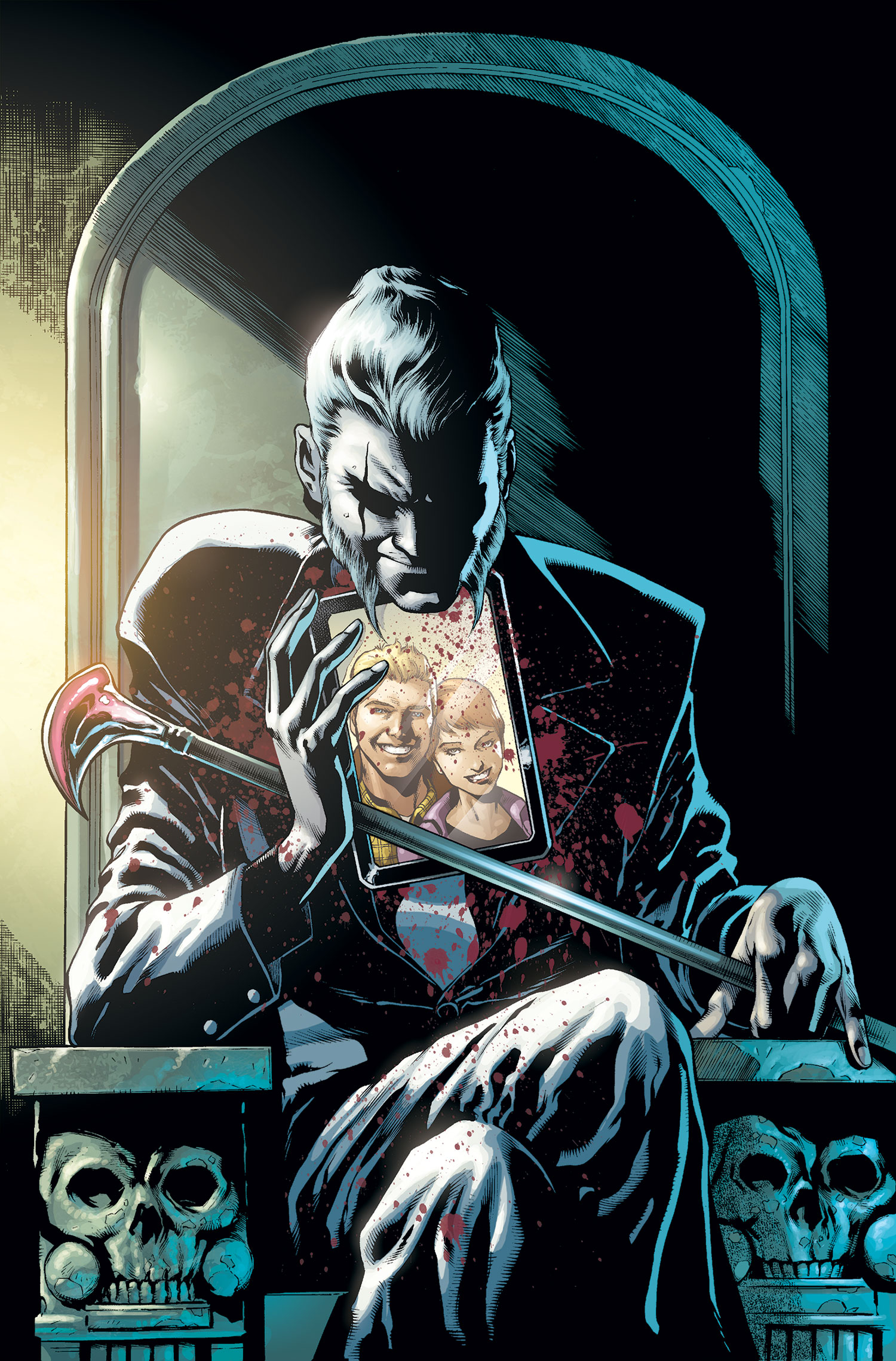 With three of the world’s most dangerous and vengeful mages at his feet, John Constantine has a lot more to worry about than warring demigods in Constantine #7, an issue that takes place before Forever Evil and showcases Ray Fawkes’ aptitude with evil wizards.

With so much going on in the DCnU right now—Forever Evil, “Lights Out”, “Psi War”, and the upcoming “Krypton Returns”—it’s nice to read a comic that isn’t directly tied into some massive, world-shifting event that connects to a bunch of other titles. Don’t be discouraged: the Cult of the Cold Flame still has worldwide chaos on the docket. The events of Constantine #7 do indeed reverberate throughout the DCnU, but not having to read numerous other tie-ins is a big plus.

Ray Fawkes’ handling of three villains is also impressive. Sargon the Sorceress, Mister E, and Tannarak are all basically evil wizards, an archetype Jeff Lemire nearly exhausted in the pages of Justice League Dark. Fortunately, Fawkes does such a good job characterizing Sargon and Mister E that the label of ‘evil wizard’ feels fresh once again. Even Lemire had difficulty getting his villains past the maniacal mystic level.

Mister E is a sorcerer who speaks obtusely, but always acts with purpose and tenacity. Or Sargon, who can never seem to defeat John Constantine, even though that’s her only motive. These are not two-dimensional villains simply employed to drive a plot. These are fleshed-out characters that have a mission they will go to any lengths to complete.

Szymon Kudranski’s art is also a treat after Renato Guedes’ muddy work. Kudranski’s style is well suited for Constantine, as most of the action is quick and fierce, with a lot of emotion in between. His facial expressions and close-ups are fantastic, and overall, the artwork adds to the story instead of distracting.

While Sargon and Mister E are well developed, Tannarak is more or less a plot device. He speaks in vague platitudes about mystic destiny, and becomes the conduit for the Cult’s plan to steal all magic from around the world.

The overall quality of the story and characters makes Constantine one of the best series DC puts out each month. Fawkes has endeavored to make this new iteration of John Constantine’s adventures as fun and engaging as Hellblazer was for so many years, and he’s doing a great job.